Why Are Matzos Shaped Like Corrugated Cardboard and What are they Made Of?

Tradition, namely the dietary laws for the Jewish holiday Passover, demands the absence of any leavening agents such as yeast, baking soda, or baking powder.

So matzos are made of flour and water only. Between Passovers, the manufacturers can cheat a little and add other ingredients to vary the flavor.

If you make dough by simply dumping flour and water into a big mixer, you’re bound to get some air bubbles beaten into it. Then when you roll the dough out thin and put it into a very hot oven, matzo bakeries use 800-900 degrees Fahrenheit or about 400-500 degrees Celsius, the trapped air will blow up and you will have an oven full of kosher shrapnel. 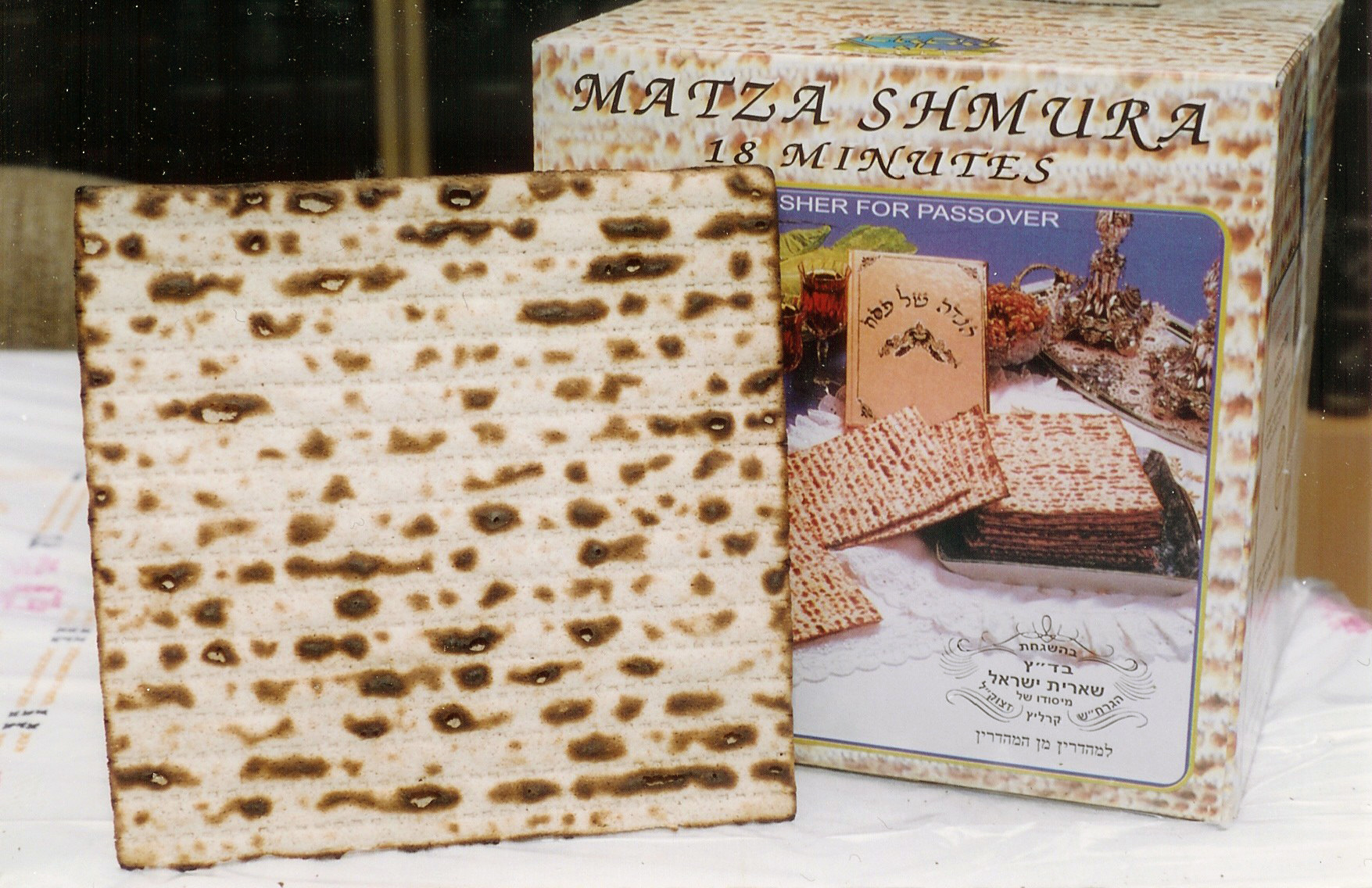 So before baking the rolled-out dough, the matzo bakers run it through a stippler, a gang of spiked wheels that roll over the dough and puncture the air bubbles.

It’s the stippier that puts those perforated furrows in the matzo. You’ still see some small blisters between the stippler tracks, but they’re less-than-destructive in size and they contribute to an interesting appearance by browning faster than their surroundings.

Examine a cracker, of any religious persuasion, and you’ll see that it has been punctured with a pattern of holes.

The reason is the same as for matzos: to prevent blistering in the oven. The puncturing of ordinary crackers doesn’t have to be so radical, however, because the dough is leavened, which makes very tiny gas bubbles, and it isn’t baked at such an extreme temperature.