Why Do Geese Fly In a V Formation When They Fly South In the Winter and How Is It More Efficient?

When the lead bird completes a flap of its wings two vortices are shed, one from each wing tip.

These vortices consist of a rolling tube of air, the upper portion of which is moving forward and the lower part rearward.

Should a following bird complete a downward stroke into the top of a vortex, the momentum change of the air caught up in the stroke is much greater than had the vortex not been present. 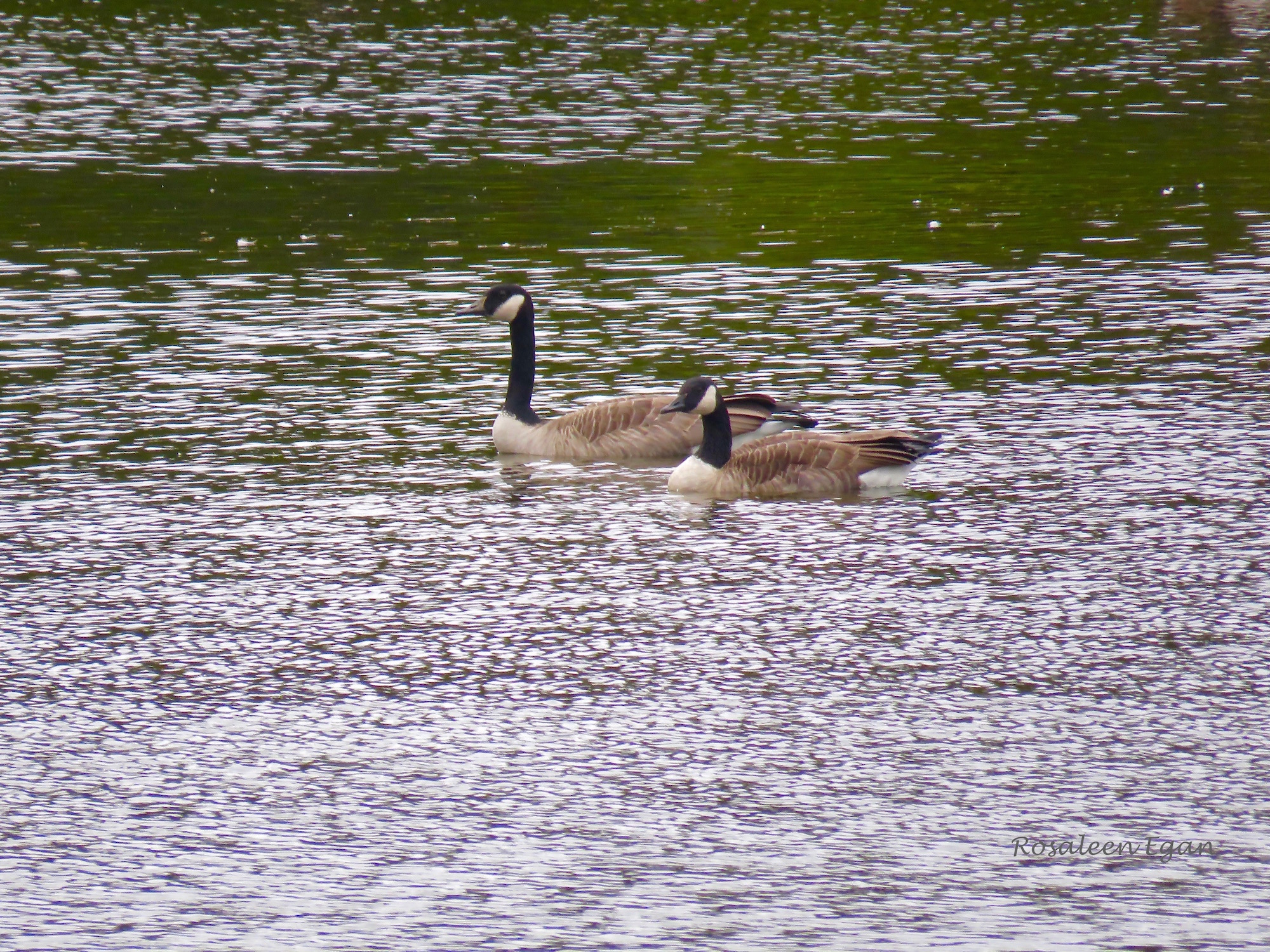 Consequently the lift for a given stroke size is greater, and the following bird needs to do less work. To make use of this phenomenon the following two birds must be behind the wing tips of the lead bird in a V formation, and the birds behind them should be similarly placed.

This leads to an obvious question: why don’t birds take up the position on the inside wings to form a tree formation? The answer is that they would be subject to vortices on both wings that were not synchronized, making flying difficult.

There are vortices in the air above, behind, and just outside the wingspan of any aircraft.

The flow in the vortex region effectively sucks a following aircraft forward, and if the follower is properly positioned, it can gain additional lift from the upflowing region of the vortex.

Birds, too, are sensitive to any small variations in airspeed and direction that can help them fly. Birds flying in a group will drop back to take advantage of the wing vortices of their companions. The lead bird changes as each becomes tired, or when the formation alters course.

Competition glider pilots use the same trick. If you fly behind and to the side of an identical glider ahead of you, you will gradually catch up with it. If you are higher, you can overtake by converting your extra potential energy into speed at the last moment.

Flying in a V formation is more efficient for the following birds as the leader creates wing-tip vortices. NASA has been testing this idea with military aircraft.

One conclusion we can draw is that geese adopt the V formation as a result of several factors, none of which has anything to do with aerodynamics or wing-tip vortices.

The vortex theory seems to be based on what is known about vortices generated by fixed-wing aircraft.

Flapping flight generates more complex vortices that are less well understood. One thing is certain: if a bird were to gain some advantage from the vortices of the one in front it would have to flap at the same rate and with a particular phase relationship to the flapping of the other bird in order to obtain the same effect on each wing beat.

In fact, each bird settles into its own most comfortable flapping rate without reference to the rest of the flock.

Geese, whether migrating or just flying between their roosting and feeding areas, follow the lead bird at the apex of the V.

This is in contrast to the behavior of starling flocks, in which each bird reacts to the movement of the birds closest to it in the flock. The leading bird determines the course and altitude of the flock, but other birds will give frequent inputs in the form of honking or stretching the line.

Sometimes a bird will leave the main flock and lead a breakaway formation on a divergent course. Usually a compromise is reached and, after a lot of honking, the flock reforms, often with a different leader. For this behavior to work each bird has to follow the one in front, so random positioning or flying abreast in a line (“line abreast”) is no use. They must therefore take up “line astern” or echelon formation.

A goose’s eyes, like those of most prey species, are set in the sides of its head, giving good all-around vision but leaving a small blind spot directly ahead and behind.

If a goose were to follow directly behind the one in front it would have to turn its head slightly to see the other one clearly and would have to resort to asymmetrical flapping to maintain a straight course, reducing its aerodynamic efficiency and wasting energy. It would also have to fly a little below the one in front in order to stay clear of the wake, not a good place to be as geese defecate in flight.

This leaves some kind of echelon formation as the only practical solution.

The explanations given above certainly seem contradictory. Indeed, there has been a long-running argument between the supporters of the “aerodynamic” and the “behavioral” explanations for V-shaped flight. But there is good reason to believe that both are true.

There are many observations like those given by Bateman of birds coordinating their flight path and following one another. A V-shaped formation does allow all birds to keep a close eye on one another and makes it harder for predators to single out any one bird for attack.

But there is also experimental evidence that birds flying in this formation use less energy.

Experiments reported in Science in 1970 by P. Lissaman and C. Shollenberg (vol. 168, p. 1003) showed that geese flying in a V can travel 70 percent farther than solo birds. More recently a group of French researchers led by Henri Weimerskirch directly measured the wing beats and heart rates of great white pelicans flying in and out of formation (Nature, vol. 413, p. 697).

Their ingenious experiments were carried out in the Djoudj National Park in Senegal and used birds that had been trained to follow an ultralight airplane or motorboat.

The birds were filmed as they flew and heart-rate monitors were strapped to their backs. The researchers found that formation flight does indeed provide a significant aerodynamic advantage, partly by lengthening the time for which they can glide.

Pelicans do not always fly at the optimum distance from one another to maximize their energy saving, and other birds fly in flocks where there is no aerodynamic advantage, or possibly a disadvantage compared with solo flight. Even geese often fly in straggling formations that do not achieve the maximum possible energy saving.

Putting these observations together suggests that there is more than one advantage to flocking, and that aerodynamic and social benefits may have evolved together.