Why Do People In Movies Get Thrown Across the Room When They Get Electrocuted After Touching a Live Wire?

It doesn’t just happen in movies.

When you are thrown horizontally across a room after touching a live electrical connection, the force comes from your own muscles.

When a large electrical current runs through your body, your muscles are stimulated to contract powerfully, often much harder than they can be made to contract voluntarily. 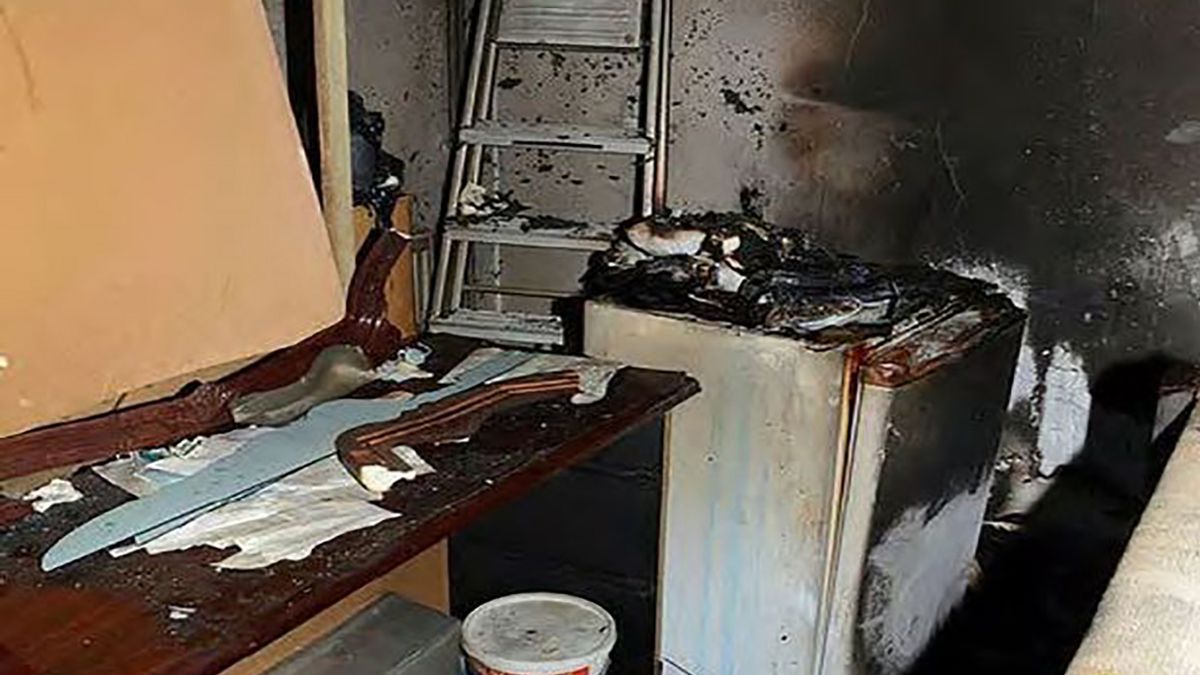 Normally the body sets limits on the proportion of muscle fibers that can voluntarily contract at once.

Extreme stress can cause the body to raise these limits, allowing greater exertion at the cost of possible injury.

This is the basis of the “hysterical strength” effect that notoriously allows mothers to lift cars if their child is trapped underneath, or allows psychotics the strength to overcome several nursing attendants.

When muscles are stimulated by an electric current, these built-in limits don’t apply, so the contractions can be violent.

The electric current typically flows into one arm, through the abdomen, and out of one or both legs, which can cause most of the muscles in the body to contract at once. The results are unpredictable, but given the strength of the leg and back muscles, can often send the victim flying across the room with no voluntary action on their part.

Combined with the unexpected shock of an electrocution this feels as if you are being flung, rather than flinging yourself.

The distance people can involuntarily fling themselves can be astonishing.

There was one case where a woman in a wet parking lot was hit by lightning. When she recovered she found herself some 12 metres from where she was struck. However, in this case there may also have been some physical force involved from a steam explosion, as water on her and the area in which she was standing was flash-boiled by the lightning.

She survived, though she was partially disabled by nerve damage and other injuries.

A common side effect of being thrown across the room by an electric shock, apart from bruising and other injuries, is muscle sprain caused by the extreme muscle contractions. This can also damage joint and connective tissue. Physiotherapists, chiropractors and osteopaths might consider asking new patients if they have ever been electrocuted.

Being thrown across the room can save your life by breaking the electrical contact. In other cases, particularly where the source of the current is something they are holding, the victim’s arms and hand muscles may lock on to it. They are unable to let go and, if nothing else intervenes, they may die through heart fibrillation or electrocution.

There was this one time where a poorly grounded metal microphone causing a rock singer to be involuntarily locked on to it.

Unfortunately, writhing on floor while screaming incoherently was not entirely unusual during his shows, and it was a while before one of his road crew figured out that something was amiss and killed the power.

It is interesting to consider why the subject is thrown across the room rather than freezing in a tetanic posture.

It is because some muscle groups dominate others. Compare this with the muscle effects seen in a stroke victim, where, if the stroke is severe enough so that no cerebral control is present over one side of the body, the arm is held flexed, that is wrist bent with fingers pointing to the wrist, elbow bent so that the forearm meets the upper arm, and the leg extended, knee straight, ankle extended so that the toes point to the ground.

This is because without cerebral control, the spinal cord reflexes cause all muscle groups to be active, including both components of any bending and straightening muscle pairs. The dominance of one muscle group over another produces the effect described.

Therefore, if any electrical charge triggers all muscle groups the imbalance in ‘bending and straightening’ muscle pairs produces the force that is required to throw the person across the room.

It’s not at all recommended, but I have heard that if you touch a conductor carrying a current using the back of your hand it is safer than the palm because the resultant muscle spasm does not force you to grip the conductor, producing a continuing electrocution.

There is always the effect on the heart to consider too, but that is another matter.