Why Does Fish Cook So Much Faster Than Other Meats?

Meats, like wines, can be either red or white. 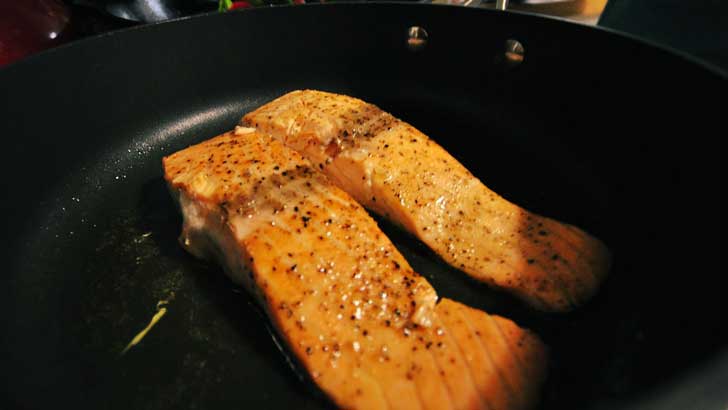 Beef is red; fish and shellfish are generally white. Salmon are pink, rosé, if you like, because they eat pink-shelled crustaceans. Flamingos, if you care, are pink for a similar reason. 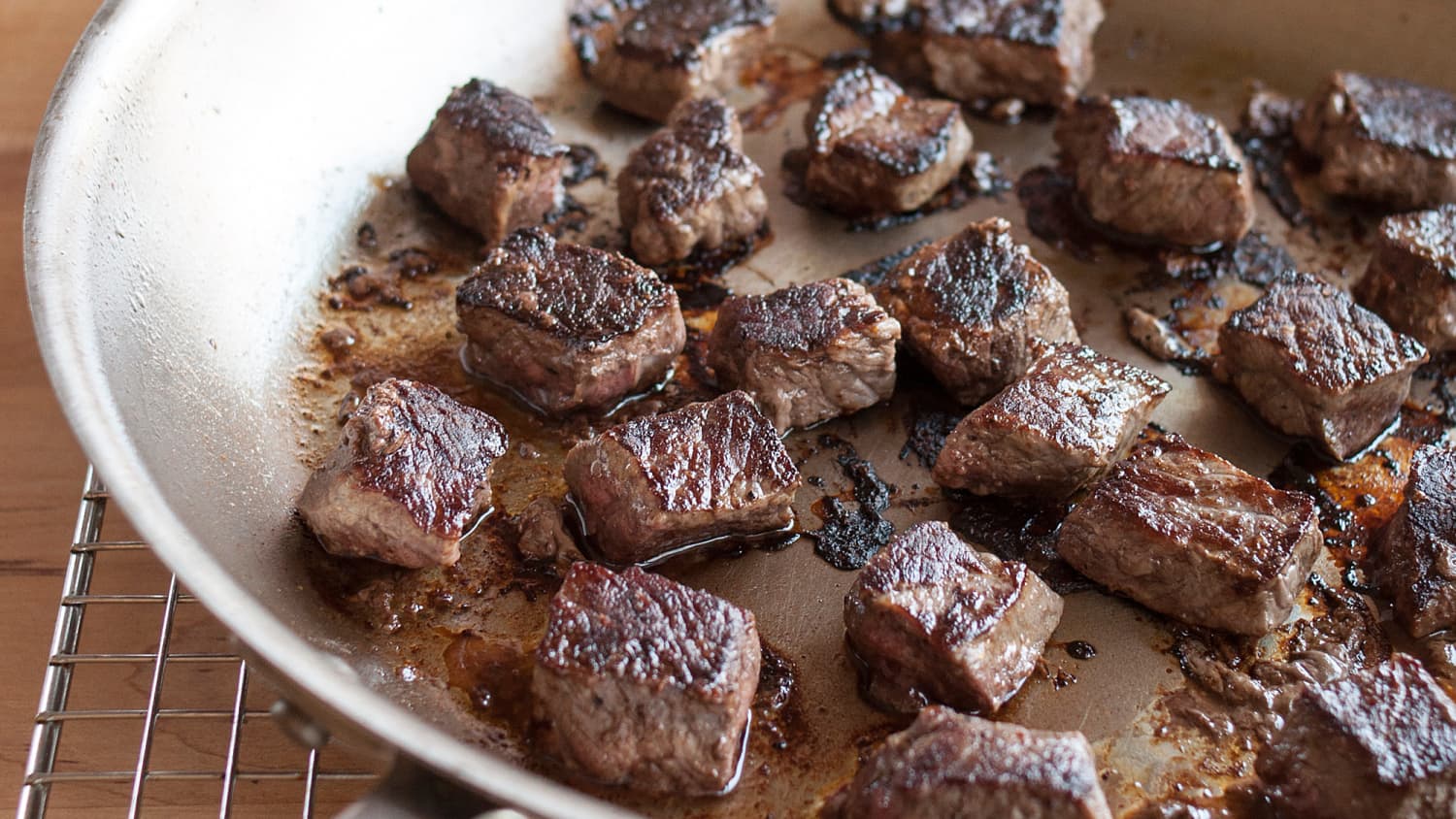 In the kitchen, we soon learn that white fish flesh cooks much more quickly than red meat. It’s more than just color, of course; fish flesh is inherently different in structure from the flesh of most running, slithering, and flying creatures.

First of all, cruising through the water doesn’t exactly qualify as body-building exercise, at least when compared with galloping across the plain or jetting through the air. Therefore, fish muscles don’t get to be as Schwarzeneggish as those of other animals. The more active fish, such as tuna, have more red muscle, containing more red myoglobin and therefore a darker flesh.

More important is the fact that fish have a fundamentally different kind of muscle tissue from that of most land animals. To dart away from their enemies, fish need quick, high-powered bursts of speed, as opposed to the long-haul endurance that other animals need for running, or that they needed at one time, before we domesticated some of them into indolence.

Muscles are generally made up of bundles of fibers, and fish muscles consist predominantly of so-called fast-contracting fibers.

These are shorter and thinner than the big, slow muscle fibers of most land animals, and are therefore easier to tear apart, such as by chewing, or to break down chemically, such as by the heat of cooking. That’s why fish is tender enough to eat raw in sushi, whereas steak has to be chopped for steak tartare to render it vulnerable to our molars.

Another big reason that fish flesh is more tender than that of other animals is that fish live in an essentially weightless environment, so they have little need for connective tissue, the cartilage, tendons, ligaments, and such that other creatures need for supporting their body parts against gravity and fastening them to the skeletal tree.

So fish are made mostly of muscle, with very little gristly, chewy stuff, and little more than a simple spine suffices in the bone department. Fish’s relative lack of connective tissue means a relative lack of collagen, the protein that changes into nice, juicy gelatin when heated. That’s one reason why fish cooks up drier than many other kinds of flesh. Another reason is that, being cold-blooded, fish don’t need a lot of insulating fat, which would contribute to juiciness.

For all these reasons, the main problem with fish is to keep from cooking it too much. It should be cooked only until the protein loses its translucent quality and becomes opaque, pretty much the same as what happens to the protein in the white of an egg.

Fish will get tough and dry if you cook it too long because the muscle fibers contract, shrinking and toughening the flesh; at the same time, too much water is lost, drying out the tissue. The usual rule of thumb is eight to ten minutes of cooking per inch of thickness.

Fish cooks so easily that it can even be steamed, a method that also prevents it from drying out. One classic method is en papillote, or wrapping the fish in parchment paper and heating the package in the oven. These days, we can use aluminum foil.

Almost any fish fillet will work: black sea bass, coho salmon, grouper, red snapper, or perch. The fish cooks perfectly (and unwatched) every time. The juices of the steamed fish mingle with the flavors of the vegetables and seasonings.