Why Does It Take Such a Long Time To Reduce a Stock?

Evaporating water sounds like the simplest thing in the world.

Why, just leave a puddle of water standing around and it evaporates all by itself. But that takes time, because the necessary calories won’t flow into the water very fast from the room’s relatively cool air.

Even on the stove, where you’re feeding lots of calories into a stockpot from a hot burner, you might have to simmer for an hour or more to accomplish that maddeningly simple-sounding recipe instruction to “reduce by half.” 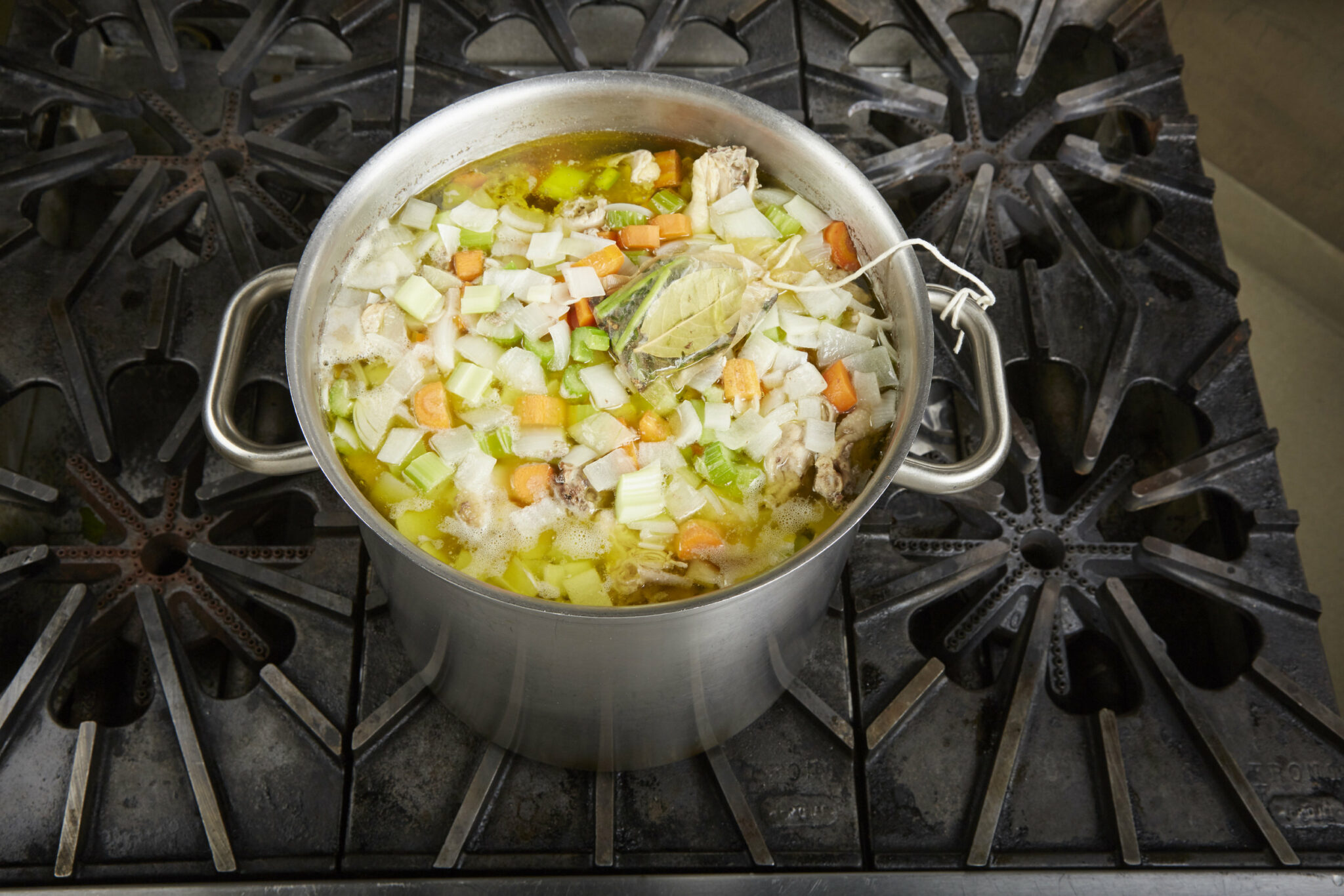 Water molecules stick very tightly to one another. It therefore requires a lot of work, that is, the expenditure of a lot of energy, to separate them from the bulk of the liquid and send them flying off into the air as vapor.

For example, in order to boil off a pint of water, that is, to convert it from liquid to vapor after it is already at the boiling point, your range burner must pump more than 250 calories of heat energy into it. That’s the amount of energy a 125-pound woman would use up in climbing stairs nonstop for 18 minutes. Just to boil off one pint of water.

You can, of course, turn up the burner to add heat more rapidly. The temperature of the liquid will never rise above its boiling point, but it will bubble more vigorously and more bubbles will carry off more steam. It’s unwise to do that to a stock, however, unless you have already strained and defatted it.

Until then, boiling, as opposed to gentle simmering, will break up solids into tiny pieces and fat into tiny, suspended globules, both of which will muddy up the liquid. A better way to speed things up is to transfer the liquid to a wider, shallower pan.

The more surface area the liquid has, the more of it is exposed to the air and the faster it can vaporize.