Why Is the Ocean Blue and Is It Just a Reflection of the Sky?

That’s a common belief that just doesn’t hold water, so to speak. First of all, the ocean’s surface isn’t exactly what you’d call a mirror. And second, how come it’s a much darker blue than the sky?

No, the world’s oceans really and truly are blue, many different shades of blue (ask any sailor), depending on several factors, a few of which we’ll talk about below.

But here’s a surprise: Even crystal pure water, without the salt, silt and fish, is blue. That’s in spite of the fact that almost every dictionary defines water as “a colorless, odorless liquid.” All you have to do is fill your bathtub and see for yourself that it isn’t colorless. 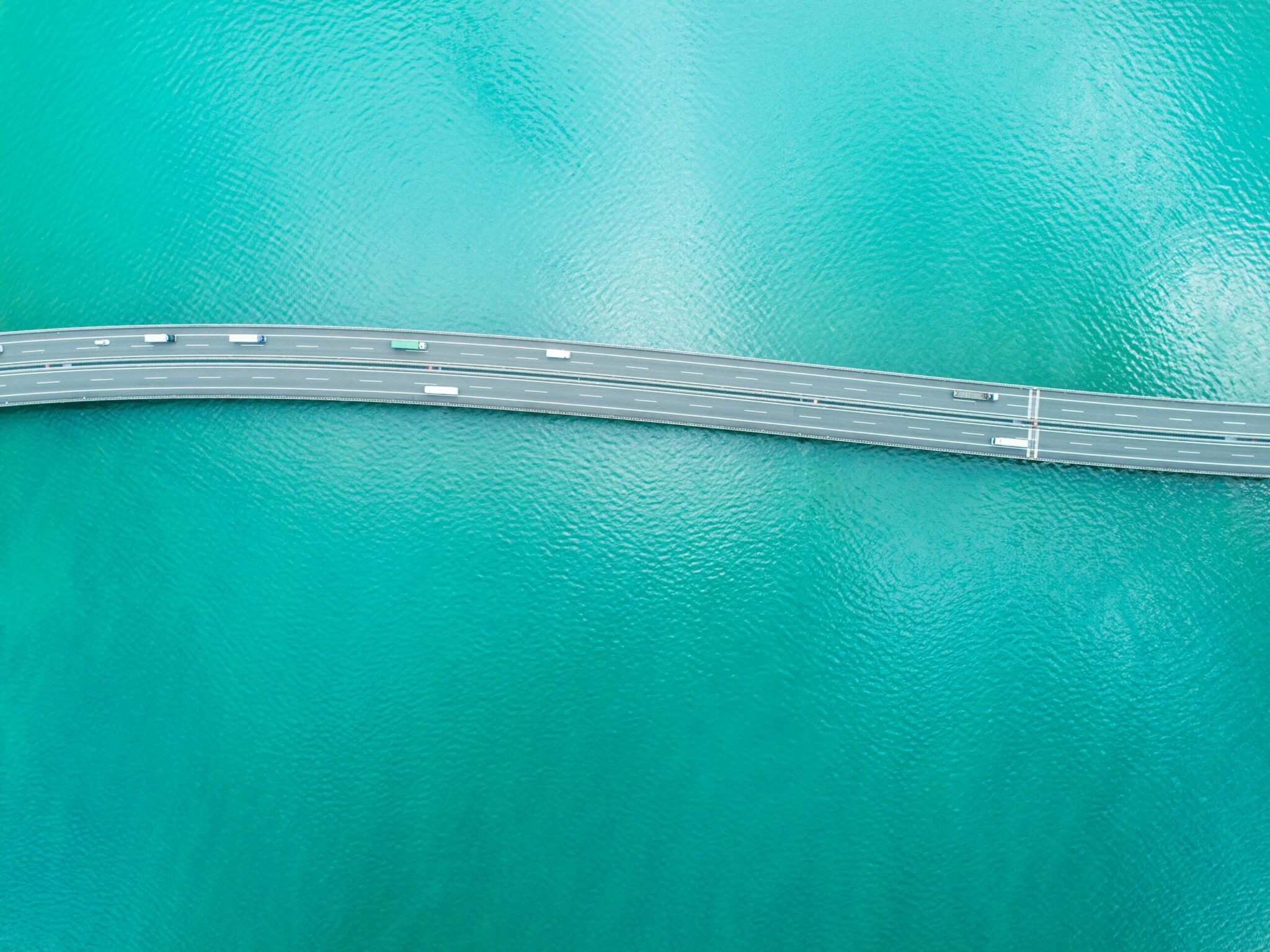 So why is water blue? Because when daylight, which contains all colors of light mixed together hits the water and penetrates it, certain colors in the daylight are absorbed by the water molecules. The light that is reflected back from the bathtub and reaches your eye after passing through the water is then diminished in those particular colors, so it has a different color composition from the original daylight.

Fill your bathtub and look at the water. You’ll see that it’s a pale blue color. (I assume that your bathtub is white.) The only reason that you don’t see blue in a glass of water is that you’re not looking at enough water. The color builds up, or accumulates, as you look into or through thicker and thicker layers of it. If the windowpanes in your house were ten times as thick as they are, you’d see that the “colorless” glass is really green.

Specifically, water molecules show a slight preference for absorbing the orange and red portions of the sun’s light. Light that is diminished in orange and red looks to us as if it has too much blue, compared with what we call “white light.” So the water appears blue.

But an ocean is a much more complicated kettle of fish than just H2O. In addition to the obvious salts and minerals, it contains plankton, for one thing: tiny plants (phytoplankton) and animals (zooplankton) that are too small to settle out and that float perpetually about until decomposed by bacteria or eaten by anything bigger than they are. (It’s a cruel world.)

Seawater also contains a lot of miscellaneous dissolved organic matter that scientists call by its German name, gelbstoff. Loosely translated, it means “yellow crap,” because that’s what it looks like when it’s dry.

When daylight enters seawater, the phytoplankton absorbs mostly blue light plus a little red, while the gelbstoff absorbs mostly blue light. These absorptions shift the balance of the remaining light from the pale blue of pure water to a deeper, purplish blue. That’s why the oceans are darker than the water in your bathtub, which I certainly hope is devoid of gelbstoff.

Unfortunately, the many faces that the seas present to us in different weather and in different parts of the world are not that easy to explain. For one thing, it’s not just the absorption of light that gives seawater its color, it’s also the scattering of light. Certain colors of light are scattered by microscopic particles of matter in the water. When a photon of light hits one of those particles, which might be anything from a single molecule on up, it can ricochet off in another direction. This changes the distribution of colors that reaches our eyes.

It is just such a scattering of light from air molecules that makes the sky blue, because air molecules scatter blue light more than other colors. Some scientists have tried to explain the oceans’ blueness as being due entirely to the same kind of scattering, but they’ve apparently never peered into their bathtubs.

Phytoplankton is an especially good scatterer of green and yellow light, so in general the more phytoplankton there is, the more greenish the water will be. That’s what is largely responsible for the beautiful greenish turquoise color of the waters surrounding the Caribbean and South Pacific islands.

The tropical climate and abundant sunlight there create lush breeding grounds for plankton. And honeymooners.