Why Is There No Lightning In a Snowstorm and Why Are There More Thunderstorms In the Tropics?

There is sometimes lightning in a snowstorm, although it is somewhat rare.

In fact, the biggest snowstorms are those marked by thunder and lightning, a phenomenon meteorologists call “thunder snow.”

Most “regular” thunderstorms are summer events in which warm, moist air in the lower atmosphere has very cold air over it. 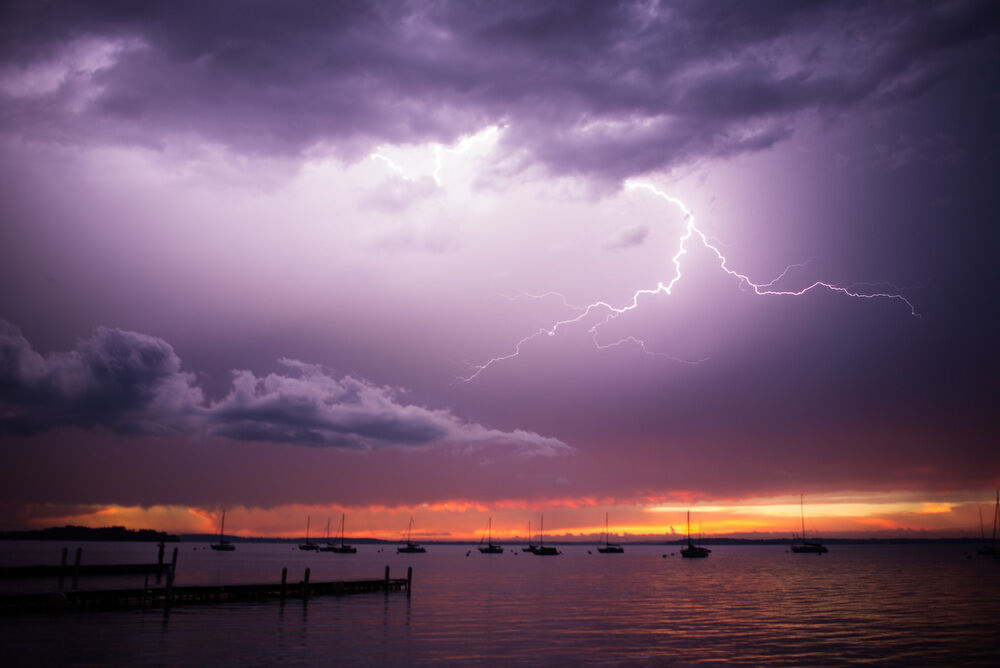 In this unstable system, upward drafts of air create thunderstorms.

The turbulence created by such a storm somehow establishes a separation of areas of positive and negative electrical charges, and when a lightning bolt tries to even out the difference, there is a clap of thunder.

Thunder is the sound generated when the lightning bolt heats the atmosphere near it very rapidly to a temperature higher than the sun’s surface.

The fast expansion of the air creates a sonic boom.

But the vertical division of temperatures and the high moisture at lower levels that typically lead to storms with thunder and lightning are rare in winter.

Only in the most powerful winter storms is there such an immense pool of very cold air above warmer, moister air at ground level.

Thunderstorms with snow are more likely to occur near the coast, because the storm can form over the comparatively warm water of the ocean and move inland, meeting much colder conditions.