Why Won’t Wet Things Burn and Can You Boil Water In a Paper Cup?

As we were saying, water is a champion heat absorber, without getting very hot in the process.

When you put a flame; to something that’s wet, the water soaks up the heat like a sponge, preventing the object itself from ever getting hot! enough to ignite.

This one will astound you. Put a little water in an unwaxed paper cup (not a foam cup) and figure out a way to prop it up so that you can set a candle under it. Maybe you can sit it on a wire rack that’s bridging two coffee cans. 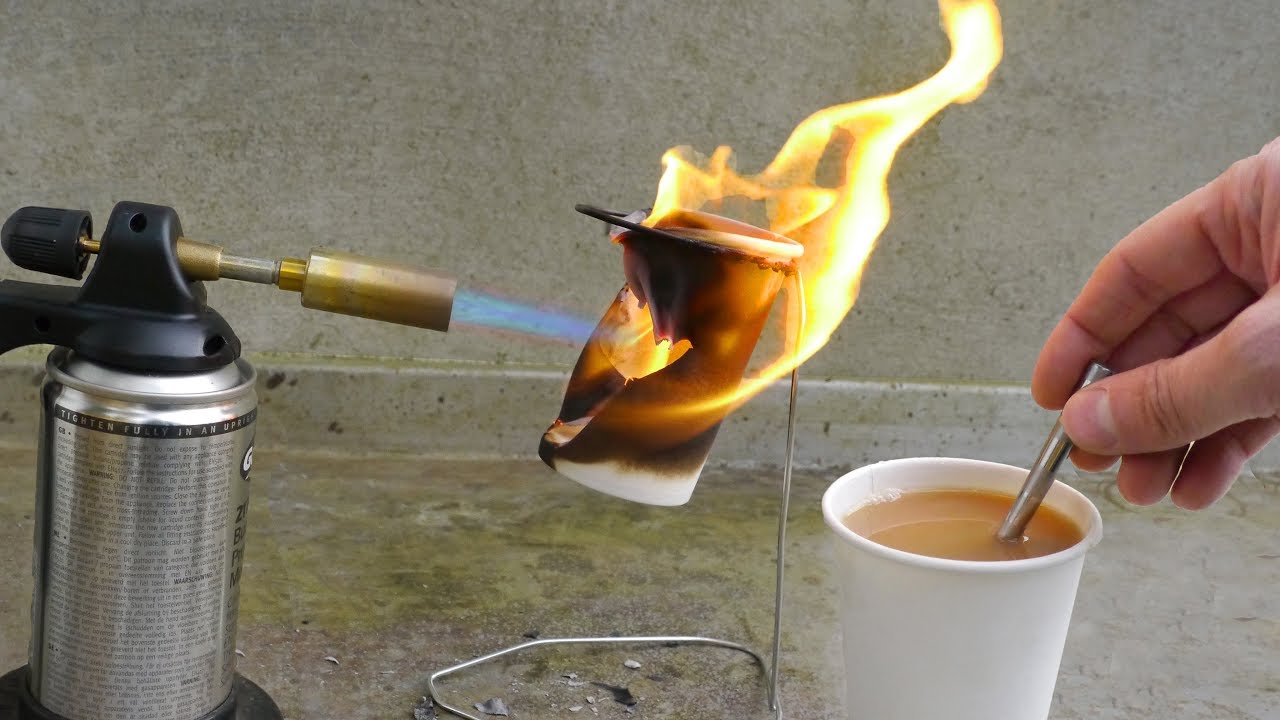 Place a lighted candle under the bottom of the cup. The cup won’t burn, but after a while the water will get hot enough to boil, having absorbed the heat from the paper as fast as the candle gave it off.

Even when the water boils, it will never get hotter than 212 degrees Fahrenheit or 100 degrees Celsius, which isn’t anywhere near hot enough to ignite the paper.

The candle’s heat goes into boiling the water, not into heating up the paper.