Are the rhino and hippo in the same genetic family or are they completely different species?

You’d think so, wouldn’t you?

Both are large, ill-tempered, stumpy-legged herbivores. The hippo is second only to the elephant in the category of “heaviest land mammal”; the rhino is third.

However, they are not related. The rhino’s habitat may vary, depending on the species, but they are exclusively land-dwellers. 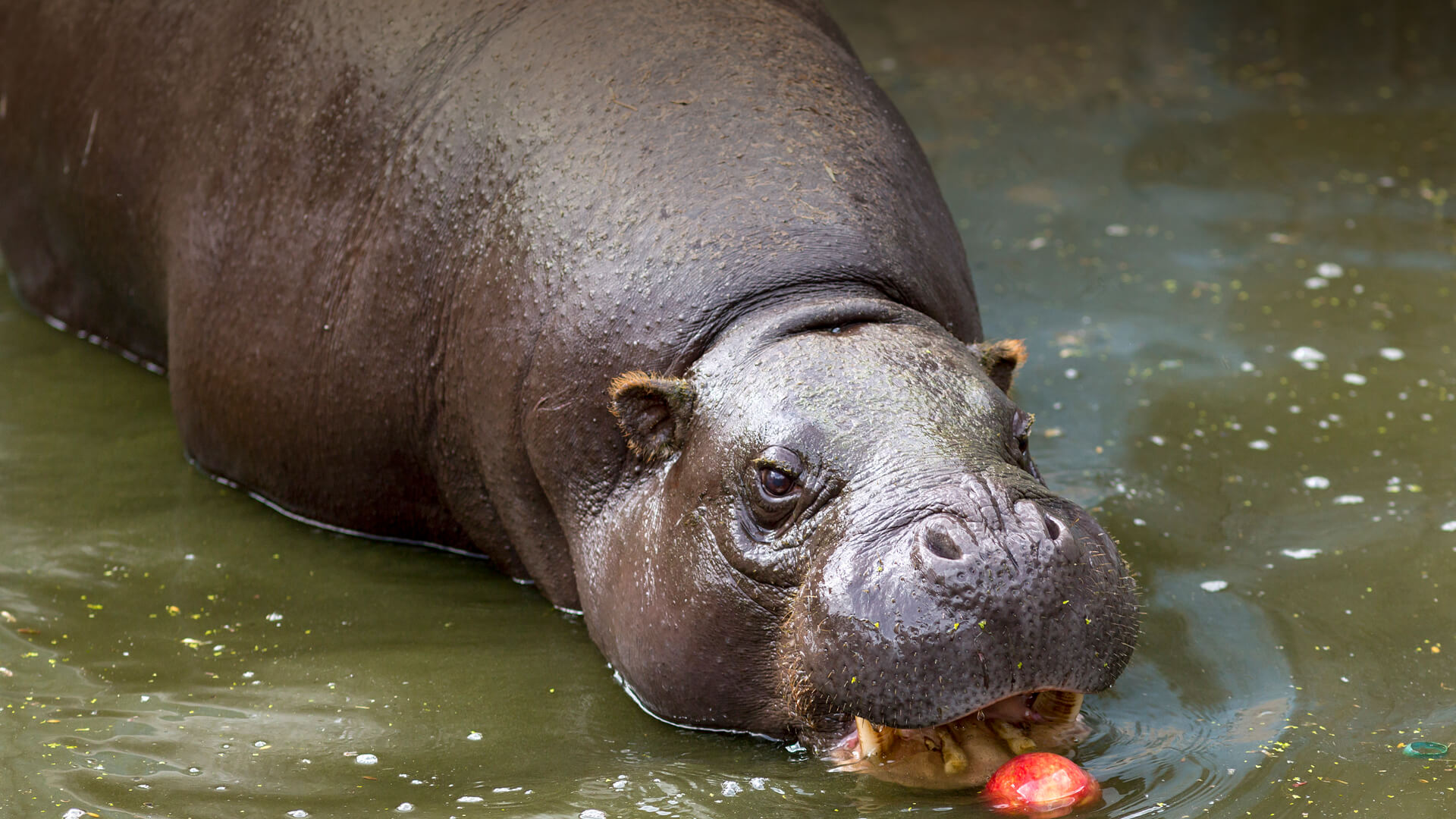 The hippo, in contrast, spends over half of its life in the water. Biologically, its closest living relative is the pig.