Since ancient times, the dolphin has been considered a special animal. 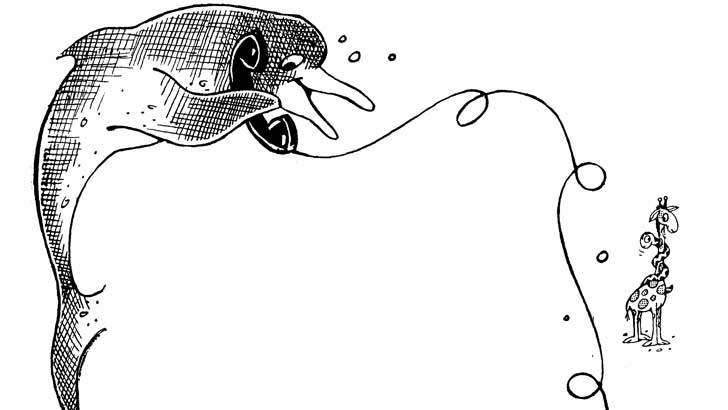 But it is only recently that research has discovered that the friendly, playful dolphin is highly intelligent. Some scientists consider the dolphin to be even more intelligent than the chimpanzee.

Dolphins and porpoises belong to the same family as whales. They are all mammals. But much more is known about the dolphin than the porpoise. Dolphins adapt readily to captivity, while porpoises, when taken out of their natural environment, go into shock and die.

All of the performing “porpoises” in aquariums are really bottle-nosed dolphins, and can be identified by their beaklike snouts.

Dolphins cannot talk in the same way human beings do. But they do communicate with each other through a series of noises that sound to us like whistles, squeaks, creaks, chirps, and clicks.

Dolphins also make some sounds that are beyond humans’ range of hearing. They make all their sounds by blowing different amounts of air through their blowholes.

Some bottle-nosed dolphins can even imitate human words.