Did men always perform both male and female roles in Japanese Kabuki theatre?

Although this was true in European theatre in Shakespeare’s time, the reverse was true in Japan—at least in the beginning.

Perhaps that was because the art form was invented by a woman. Kabuki first came about in the spring of 1603 in Kyoto.

Women, led by a shrine maiden named Okuni, dressed up in elaborate costumes with heavy makeup and danced with exaggerated movements before the Kitani shrine, playing both male and female roles. 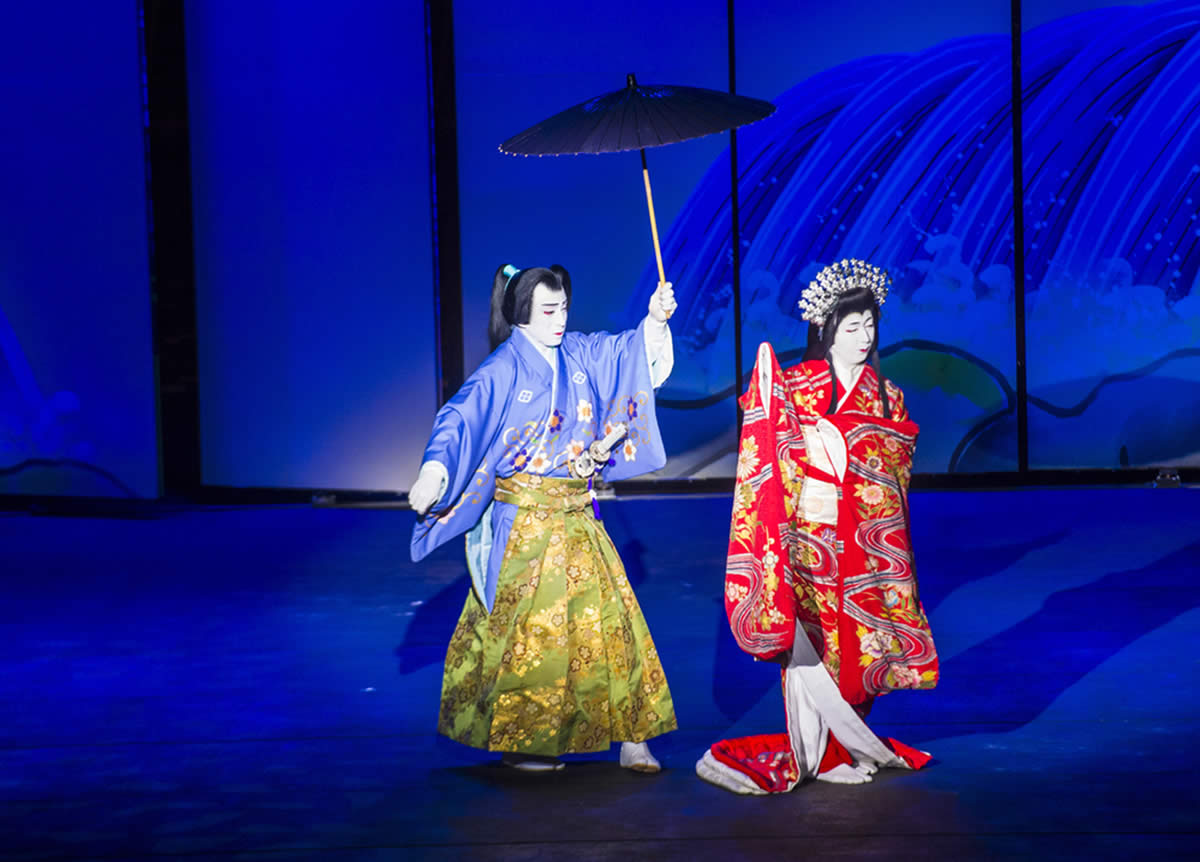 The people loved this new art form, and it became very popular. In 1629, however, shogun Iemitsu decreed it immoral for women to dance in public and made Kabuki an all-male affair. Men and boys would don heavy makeup and play both male and female roles—not unlike Elizabethan era theatre.

Not many years later, however, under another shogun, letsuna, boys were prohibited from participating in these dramatic productions, transforming the plays once more and making them an all-adult male venture.

Even now, traditional Kabuki is still played by a male cast of characters. Men who specialize in women’s roles are called onnagata.