Ever since ancient times, people have been saying that dew “falls,” but it’s not true. Dew forms where you find it, on plant leaves, not in the clouds. This is how it happens:

At night, the air gradually cools off. Cool air holds less water than warm air, so that when the temperature of the air drops to a certain point, water in the air begins to condense wherever the air meets a cool surface. Plant leaves, which also lose heat at night, are cool enough before morning so that dew will condense on them.

But some of the large dewdrops you see on a plant during the day are given off by the plant itself, to keep its leaves cool and moist. 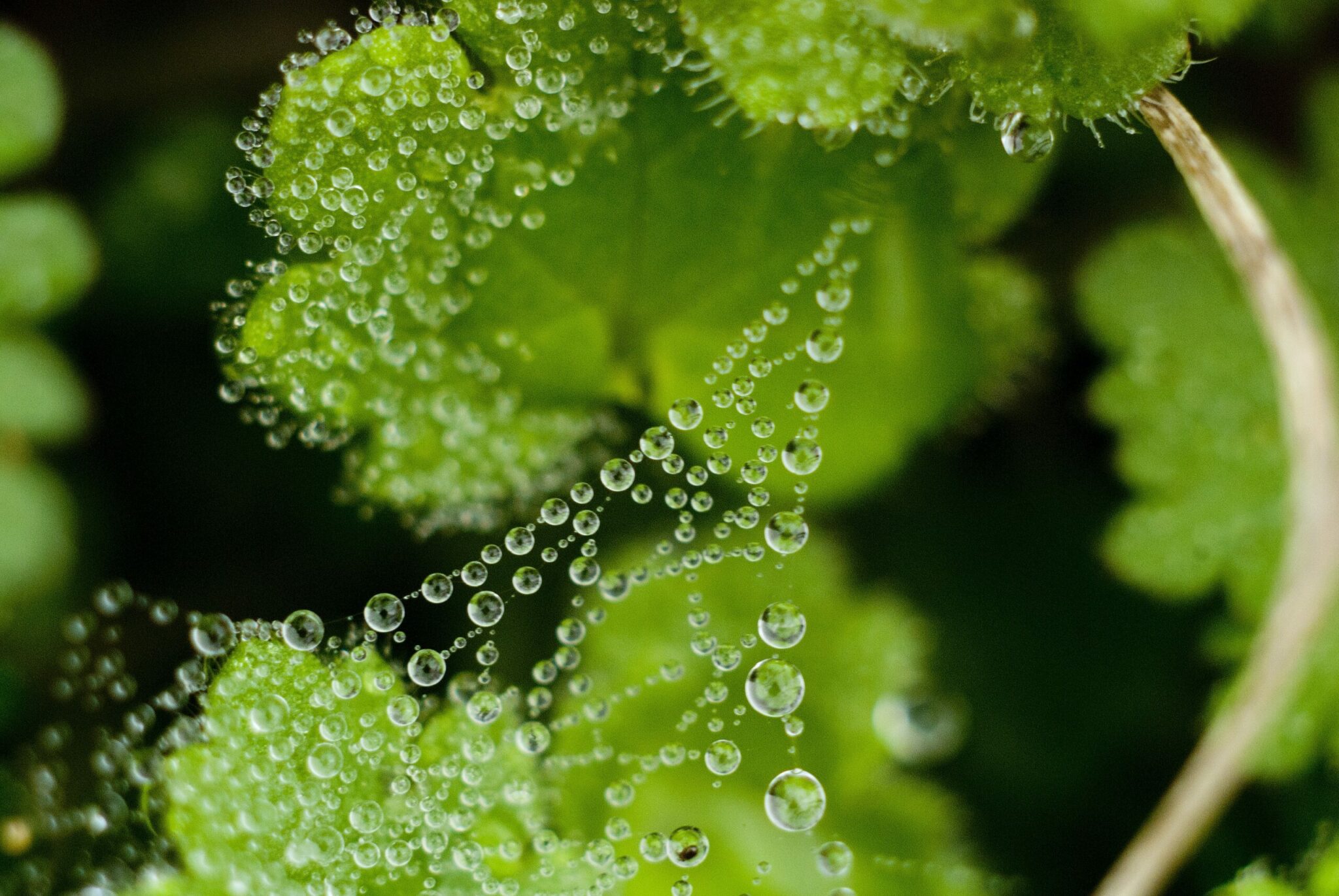 When moisture condenses on the ground in the form of ice instead of water, it’s called hoarfrost.