Meteorologists love to tell us the dew-point temperature, even though few of us know what it is and even fewer of us care. But as long as I’m this deep into water vapor, I might as well explain that too.

The dew point, or dew-point temperature, is the temperature below which the liquid-vapor balance of water shifts to favor the liquid side of the scales. That is, condensation wins out over evaporation.

If the temperature is above the dew point, liquid water will continue to change into vapor until it is all evaporated; wet things will dry. But if the temperature is below the dew point, the balance shifts in favor of liquid, and vapor will tend to condense. When that happens up in the atmosphere, the vapor condenses into masses of microscopic droplets of liquid water that are too small to fall and stay suspended in the air. We call these masses of tiny water droplets clouds. 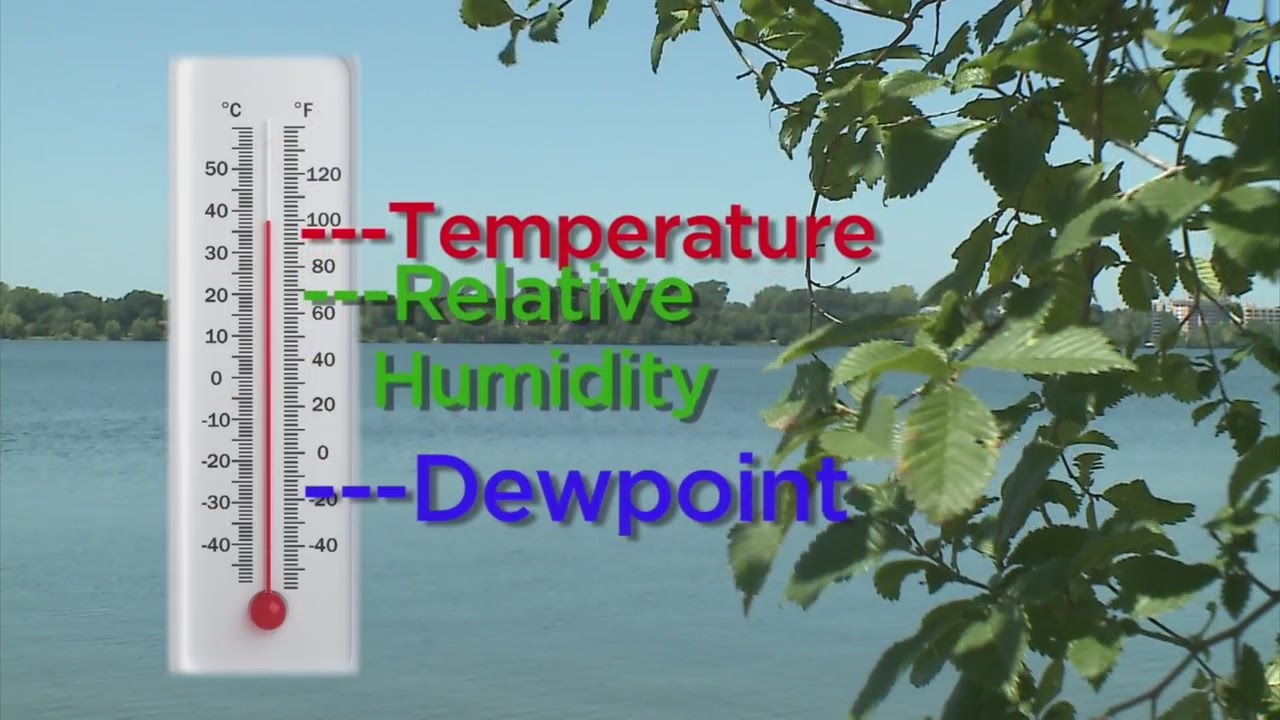 A more earthbound example: If the ground gets any colder overnight than the dew-point temperature, water vapor in the air will condense out onto the grass and leaves as drops of liquid dew. That’s important to farmers because dew is, after all, free water for the crops. Also, there are ecosystems in the world where it almost never rains and where small animals depend on dew for their water supply.

Cosmetic advertisements, especially for “moisturizing” skin creams and lotions, just love to use the word “moisture” when they mean “water.” Although moisture is nothing but water, that’s considered too common a word for such elegant products. So the next time you’re in a fancy restaurant, be sure to ask the waiter for a glass of moisture.

And by the way, what do cosmetic “moisturizers” do, anyway? Do they add moisture, or water, or whatever you want to call it? No. If that were true, why couldn’t you just put water on your dry skin?

“Moisturizing” lotions and cosmetics coat your skin with a concoction of oils and other water-blocking chemicals, so that your skin’s supply of natural water stays in instead of evaporating. It sounds paradoxical, but the cosmetic’s oil produces water.