There is no truth to the notion that frankfurters are unavailable today in Germany, the land of their birth. Stop by a roadside eatery or pop into a quick lunch restaurant in Germany and you’ll have little trouble finding a frankfurter of some dimensions, complete with bread, mustard, and sauerkraut.

But there is one difference between the German frank and the hot dog you’ll find at an American stand: in Germany, you’ll be served your frank piecemeal, with a sausage, a pile of sauerkraut, and a piece of bread on a plate. The frank on a bun, like its cousin, the hamburger on a bun, is a product of American ingenuity.

The frankfurter and hamburger are both medieval inventions, but the sausage itself predates recorded history. The word comes to us from the Latin salsus, salted or preserved. The word salami was mentioned often in the pre-Christian period, perhaps associated with the Greek city of Salamis on Cyprus. 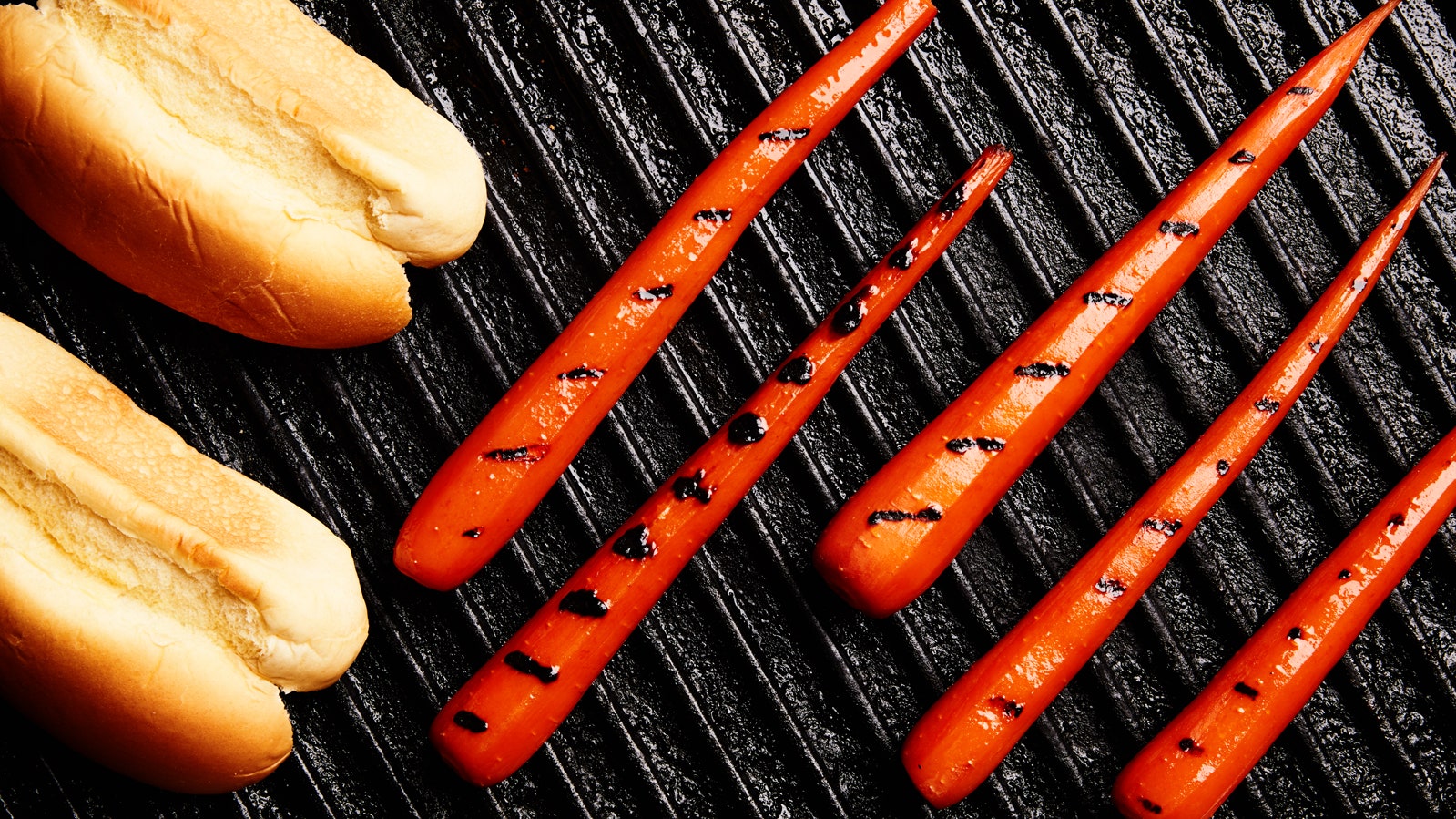 Since meat preservation was a problem before the invention of refrigeration, preserved meat was always popular. In the Middle Ages, sausage makers developed individual formulas for seasoning their products, which frequently took the name of the city where they originated. From Frankfurt, of course, came the frankfurter; from Bologna well, need we say more?

The frankfurter was brought to the United States by German immigrants. Like the hamburger, it first became popular in the Cincinnati area. As to why the frank became more popular than any other sausage, well, who’s to account for tastes?

Today, frankfurter meat is cured with various combinations of chemicals, such as sodium chloride and sodium nitrite or nitrate, along with sugar. The pork or beef is chopped, seasoned, stuffed into its collagen or intestine skin, and then smoked and cooked. In some frankfurter manufacturing plants, computers select raw materials daily and feed them into a continuous hot-dog processing machine, untouched by human hands. Frankfurter production that formerly required nine hours now takes as little as forty-five minutes.

There are over 200 varieties of sausage made in this country, by some 3,000 individual processors. The frankfurter is by far the most popular. Americans gobble up close to sixteen billion wieners each year, about eighty per person!

Franks with beans were popular on the American frontier, since both would remain fresh for long periods of time. Though refreshment stands at early baseball parks sold such items as tripe, planked onions, and cherry pie, the hot dog eventually became the overwhelming favorite of the bleachers. In fact, the term hot dog was coined in 1919 at the Polo Grounds, a major-league ballpark in New York City. Today, a baseball park without hot dogs would be an affront to the sport.

Once, Babe Ruth devoured so many hot dogs at a depot stand that he had to be rushed to a hospital emergency room.

Though the frankfurter remains popular, it certainly is no longer fashionable, except perhaps for the tiny frank and bun concoction known as pigs in a blanket that are de rigeur at so many cocktail parties. And some frankfurter makers now adulterate their product with, your grandparents would shudder, chicken)

We have no idea of the contents of the 20 two-ounce franks that Jimmy Davenport of Kentucky wolfed down in just three and a half minutes in 1976, setting the world’s record for hot dog consumption. But we know that a mammoth weiner exhibited by a California hotel to celebrate the American Bicentennial in 1976 consisted of forty pounds of pork and beef, and measured 148 inches in length. To our knowledge, no patriot volunteered to single-handedly devour the dog.