How Big Is the Average Mole Tunnel Network and How Do Solitary Moles Find Each Other To Mate and Reproduce?

The depth and extent of the tunnel system of a mole, also known as Talpa europaea, will vary considerably depending on a number of factors such as the type of soil and the height of the local water table.

Earthworms and other invertebrates that enter the tunnel system are the moles’ main source of food, so it is likely that a mole living in a worm-rich meadow will need a less extensive tunnel system than a mole that inhabits a tunnel system in an acidic soil where worm numbers are much lower.

Moles do extend their tunnel systems when necessary and they will abandon those that are no longer needed or productive. 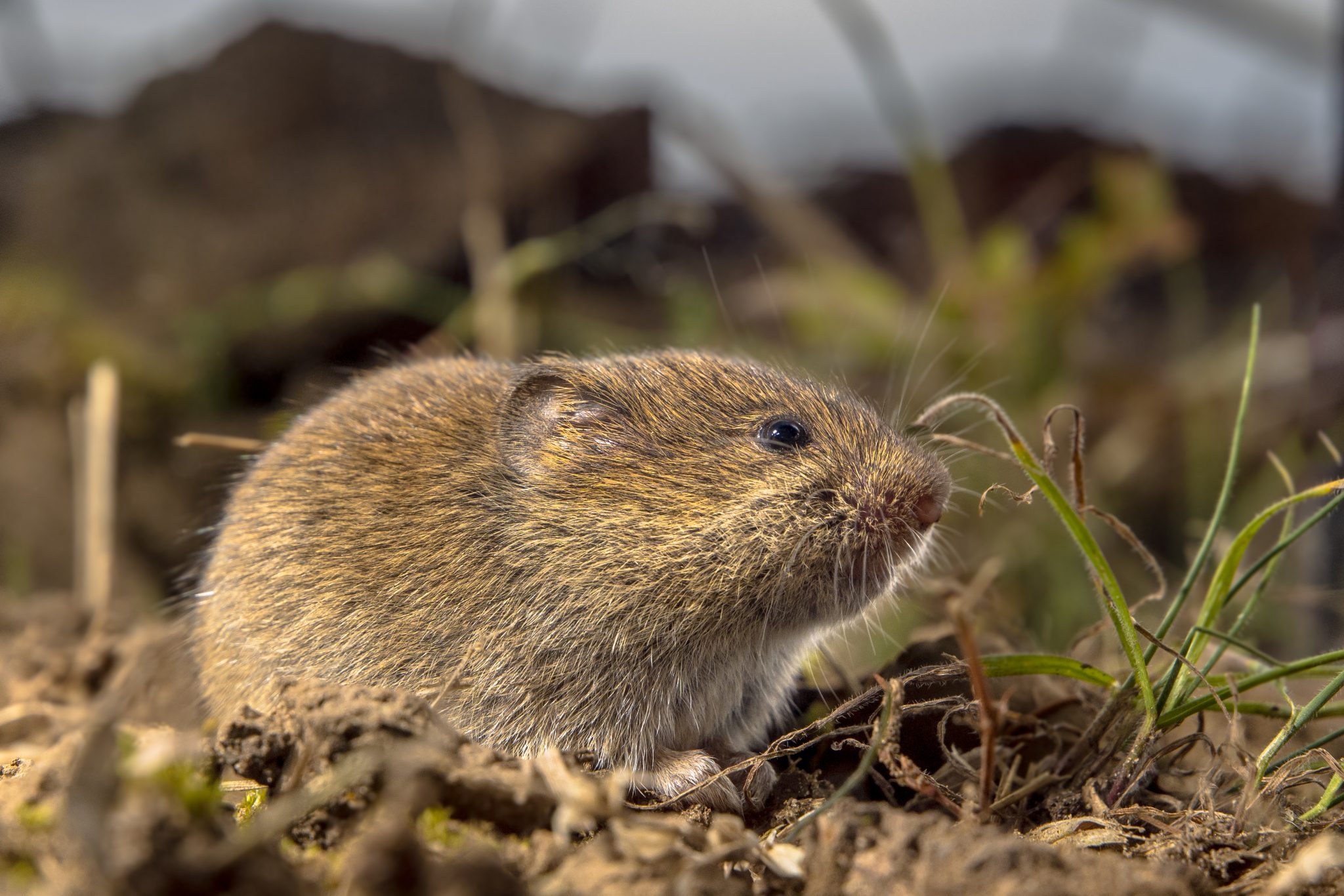 Their digging activity increases in the autumn when the colder soil temperatures send earthworms, and their mole hunters, deeper below the surface. In the spring earthworms start to return to the surface layers of the soil and there will be much more mole activity as the moles begin to make new surface tunnels or repair old ones.

Moles are largely solitary animals outside their spring breeding season and they will drive out those of their species that intrude into their tunnel systems. However, in areas where mole populations occur at high densities their tunnels may overlap.

During the mating season in February and March, the males become far more mobile and will frequently leave their territories in search of mates. Much of this traveling is done at ground level but they can also make use of existing tunnel systems.

Females are probably located by scent, but very little is known about the mating behavior of moles.

Most of the tunnels that a mole constructs are actually sophisticated traps for the numerous invertebrates on which it feeds.

The tunnels that are designed as traps need to be extensive for moles to catch sufficient food, and their length will vary with the density of suitable edible invertebrates in the soil. In those areas where such invertebrates are few and far between, the tunnels, by necessity, need to be longer and the system more extensive.

Moles are solitary creatures. Groups of them will, however, cooperate to some degree.

In places where there is ample food but no water a long tunnel used occasionally by all the mole group will link several groups of traps to a water supply. A pair of moles will also cooperate on land that is subject to periodic flooding to build a heap of earth of sufficient size to support a chamber in which young can be suckled above the water level.

Moles are very good swimmers, though not as good as the closely related species, the Pyrenean desman, Desmana pyrenaica.

The territory of an adult mole usually covers between 20,000 and 70,000 square feet, with males likely to have larger territories than females.

Depending on the soil type, there may be as many as six levels of tunnel lying beneath the turf.

Shallow tunnels are created by the mole’s pushing its way through the earth and bracing its body to compress the soil into walls around it.

However, deeper tunnels require true excavation with the mole digging out soil into the tunnel directly behind it, and then performing a somersault and subsequently bulldozing the loose soil up to the surface to form the kind of molehill with which we are all familiar and which is a constant bane of the landscape gardener.

Building an extensive tunnel network requires a substantial investment of labor, which perhaps explains why, once built, the system is fiercely defended.

Maintenance of an established tunnel system requires much less effort. Territories do often overlap and, where any tunnels meet, moles leave scent signals to clearly establish their boundaries.

If an owner is absent for any length of time and those scent markings disappear, the tunnels will be taken over very quickly by rival moles.