The Great Red Spot on Jupiter is a persistent anticyclonic storm that is about 24–40,000 km × 12–14,000 km, and is large enough to contain two or three planets the size of Earth.

We don’t know whether or not the Great Red Spot will disappear for good one day.

Storms on Earth sooner or later die out, but the Great Red Spot has reportedly been around for nearly three centuries. 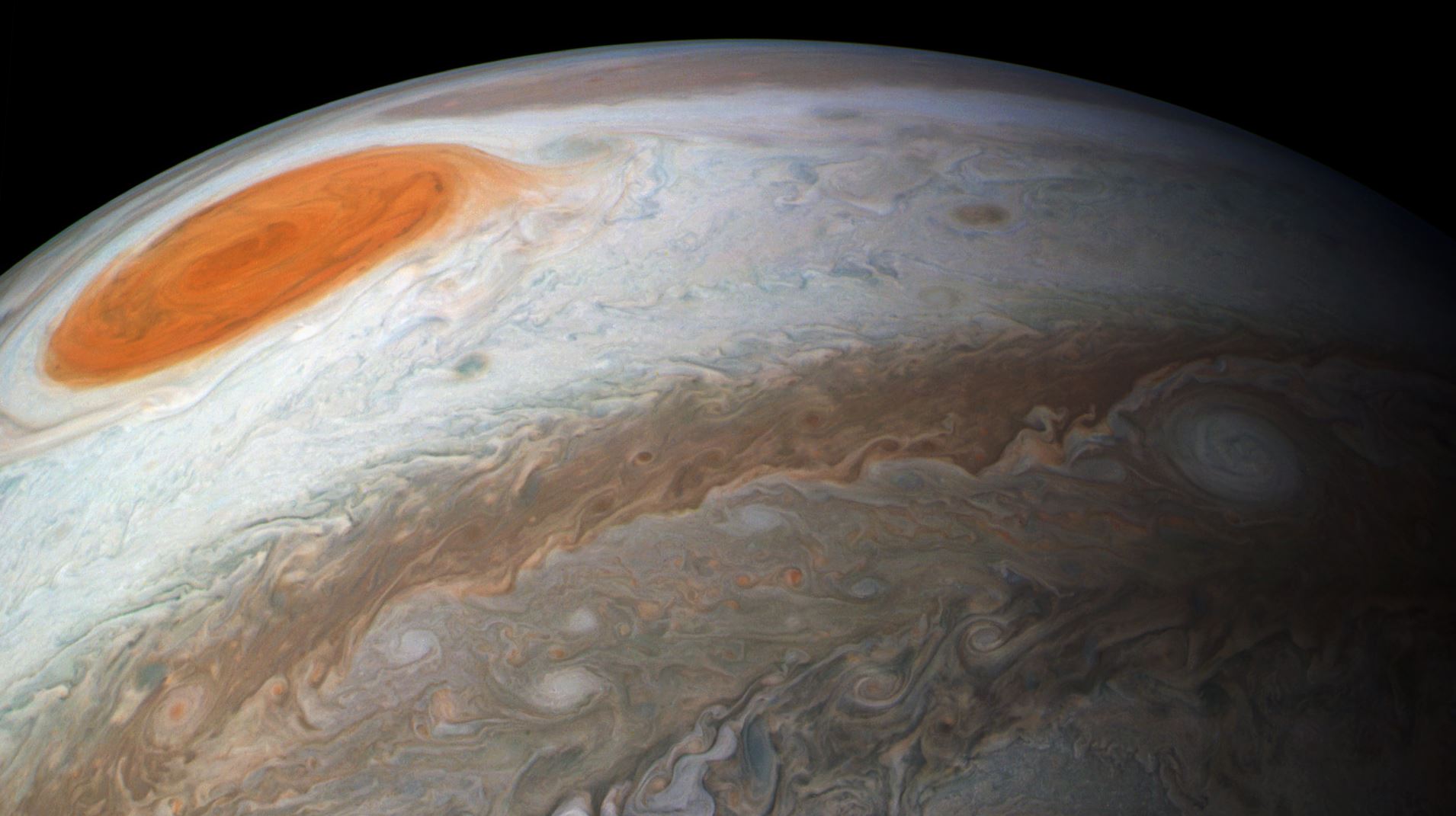 Beginning in 1901, Jupiter exhibited a similar, though smaller, spot called the Great Disturbance.

Its disappearance in 1940 led scientists to question anew whether the Great Red Spot will also vanish one day.

The Great Red Spot has been shrinking since it was first discovered, and is about one-half of its original size.

However, its massive size may keep it going, if not forever, as long as we are here to observe it.