How Did Machines Impact the Industrial Revolution?

The invention of the steam engine and its practical implementation in the beam engines of the early-18th century was the catalyst.

By mechanizing and automating the excavation of mines, not only could raw materials, such as coal and ores, be harvested in immense quantities, but the process could be executed at a speed simply infeasible for manual laborers. Soon, the rapidly increasing availability of coal and raw building materials allowed ever-more complex machines to be invented, housed in greatly upscaled industrial buildings like factories.

Everything was affected. From agriculture through to metal working and construction, and on to the textile industry, the fuel surplus enabled more and more steam engines to be built, which in turn allowed more and more machines and processes to be automated. Workers who had till then found themselves confined to their area of birth were released from this geo-economic prison by roads, bridges, plus quicker and cheaper transport. 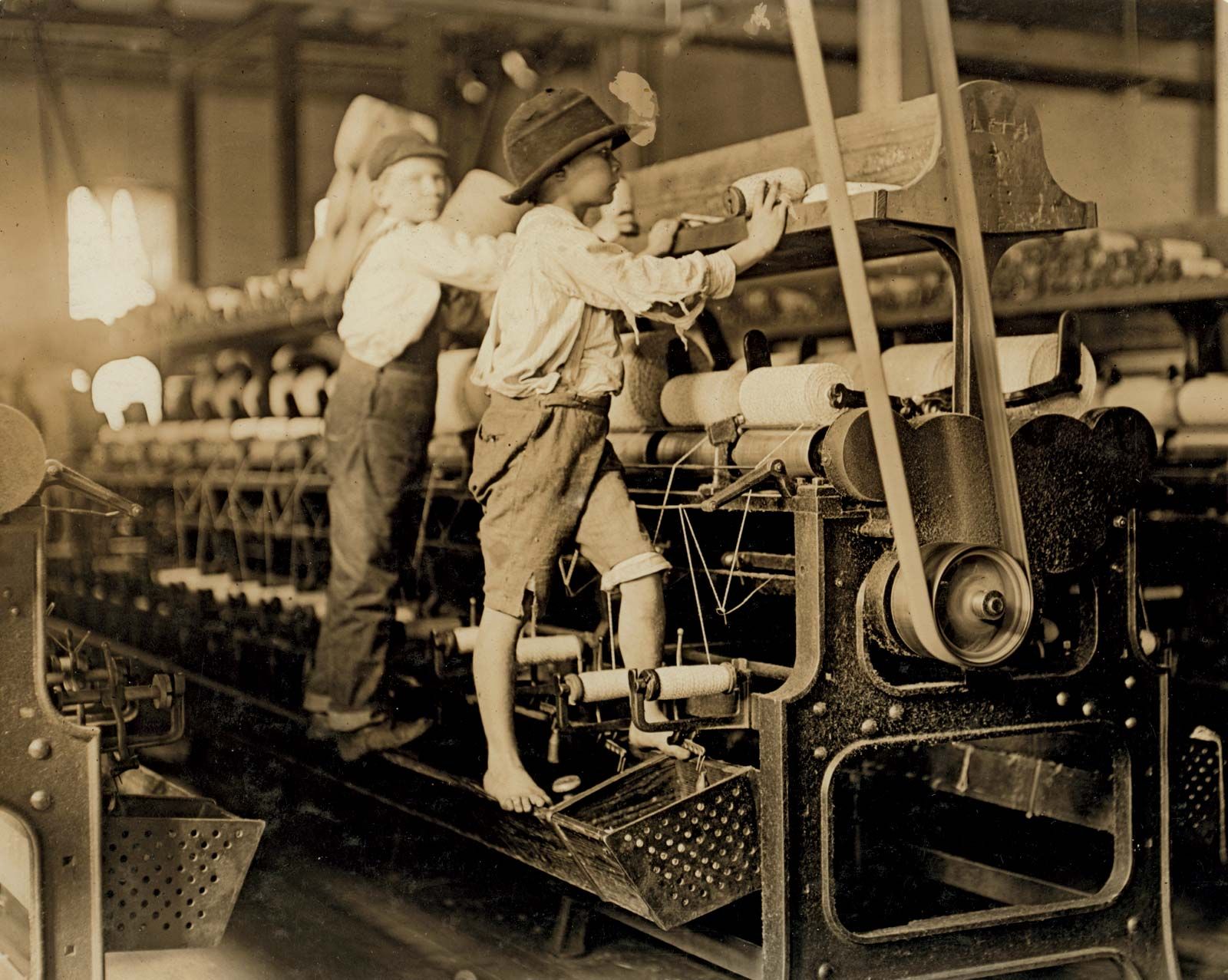 This expansion, not just industrially but socially and commercially, essentially led to the collapse of the existing social structure, with a wider distribution of wealth generating extra tiers within a nation’s class system.

It also led to the creation of modern industrial cities, with many industries increasingly bound by a mutual reliance on each other’s trade and, importantly, the machines and power source (steam produced by coal) that, year by year, was becoming the norm. The Industrial Revolution saw machines put center stage due to their ability to perform tasks at a literally inhuman rate. Manual workers found they were no longer craftspeople, but operators of steam hammers, water frames, power looms and more. They operated many of these steam-powered devices in factories, a new system of production also born in this period.

Prior to the 1700s the majority of industries were ‘cottage industries’, with small groups of craftspeople taking part in heavily localized operations producing limited goods. Taking the textiles industry as an example, wool and cotton fibers were spun by hand into yarn and weavers turned them into bespoke items for a select few wealthy clients. However, with the advent of spinning frames and mechanized looms, these craftspeople were drawn together in a factory setting, with items created en masse. Due to the removal of hands-on skill in many of their roles, more untrained workers could be hired.

The scale of the integration of industrial machinery can’t be overstated. Every level of the textiles industry was transformed, with cotton engines allowing fibers to be separated from seeds rapidly, spinning frames enabling those fibers to be spun into yarn on a massive scale, and power looms driven by vast drive shafts allowing cloth to be weaved with unprecedented efficiency.

While the first half of the Industrial Revolution, circa 1700-1830, was characterized by stationary steam-powered machines, the second half (circa 1830-1900) saw an explosion in machines that moved. It was kick-started by Richard Trevithick’s steam-powered locomotive and carriage, and then refined by a series of inventors who took mobile applications of the steam engine to another level.

Soon steam-powered trains (like Stephenson’s rocket), carriages, balloons and ships were opening up the possibility of long-distance travel across the globe.