How did the Black Death affect the Catholic Church?

The Black Death was damaging both to the Church and to society. The Black Death was a plague that spread like wild fire through villages, towns, and entire countries throughout Europe. The primary manner of dispersal was from infected animals to human beings by means of flies. The unsanitary conditions of towns made these areas ripe for contamination. Whole families and even towns were decimated, demoralizing the people who remained alive.

One third of the population of Europe was wiped out by the Black Death; two-thirds of the clergy were killed by the same plague. Death became the primary theme of much literature and art. Great fear that spread throughout Europe became the driving force of many people. With so much death and destruction, society could not advance. The physical structures of the Church decayed. Education had to be put on the side. This is one of the reasons why the period of the Middle Ages is sometimes referred to as the Dark Ages.

The decline of the Church, the worry about one’s mortality and ultimate judgment in life led to changes in the ordinary outlook of a Christian. Individualism took precedence over the structure of the church with its hierarchy and clergy. Individualism manifested itself in many ways, but in one area in particular it proved to be a major problem: superstition. Since most of the clergy died from the plague, ill-prepared, uneducated, and unsuitable candidates for the priesthood were rashly chosen and quickly ordained. The need for priests was so desperate that bishops ordained almost any young man who did not die from plague or war. 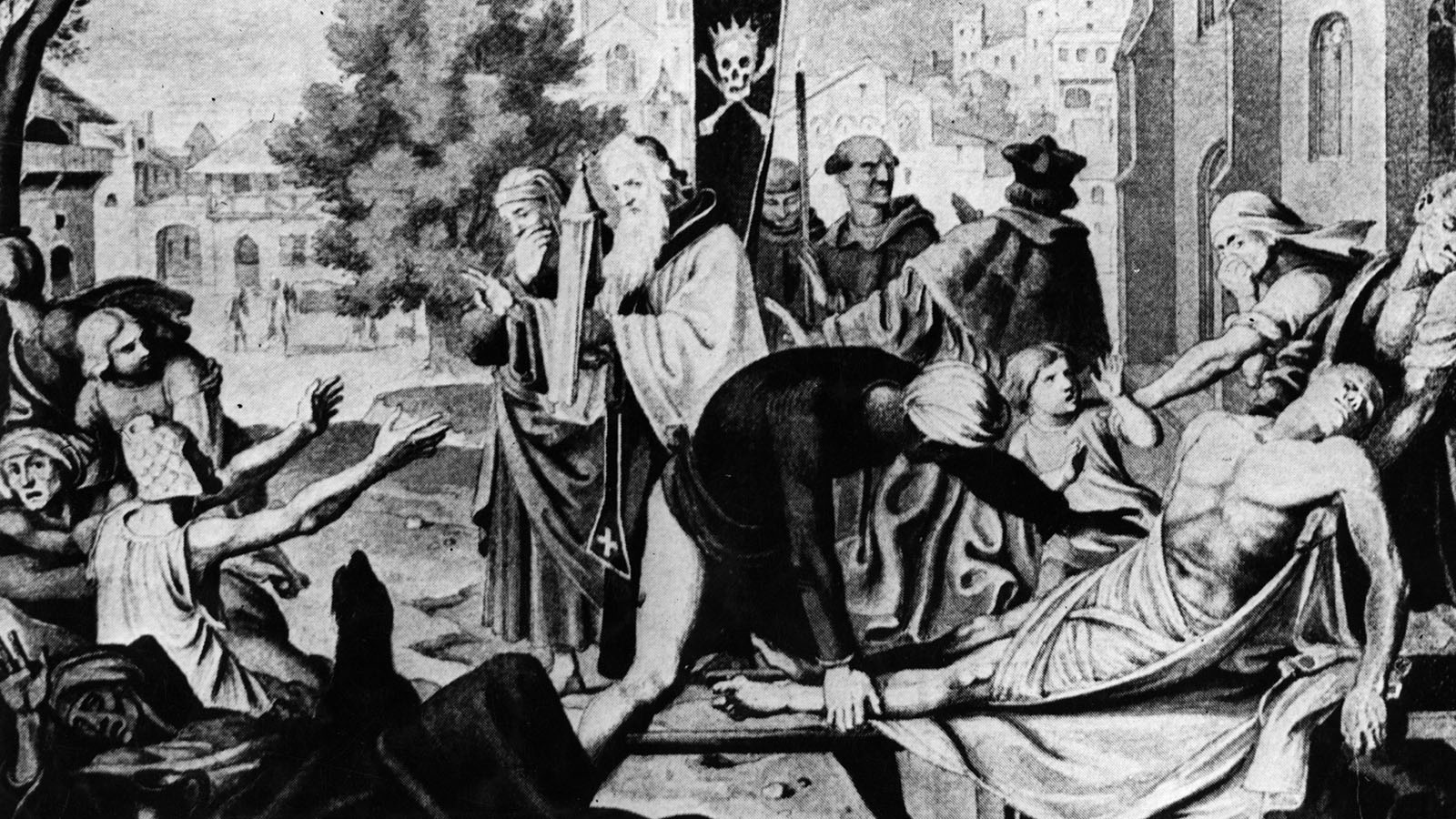 The result, however, proved to be devastating, since these poorly trained clerics knew little theology and had no supervision. Their sermons and teachings were usually very bad and often heretical, and many of them behaved terribly and committed a plethora of immoral acts. Their sacraments were still valid, however, and people were still able to get baptized, confessed, confirmed, married, and anointed when needed. The downside was the superstition, heresy, bad examples, and scandal that many of these quick-fix priests produced.

The Black Death demoralized the people. Few wanted to take care of the sick. Anything foreign or different was not to be tolerated and was looked upon with suspicion. Hunting for witches became an obsession. The prime example of this is the martyrdom of Saint Joan of Arc, who was burned at the stake and falsely accused of being a witch.

The Black Death also opened the door for Muslim influence. The Christian Byzantine Empire of the East, based in Constantinople, was a stepping stone to the Muslim Ottoman Empire. The failure of the Crusades, bickering of Christians between countries which led to disunity and wars, and controversy between Catholicism in the West and East led to schism and further disunity and aided in an eventual Muslim attack. Constantinople fell and became Istanbul. The magnificent cathedral named Hagia Sophia became a mosque. The Byzantine Empire, the last vestige of the old Roman Empire, was taken over and became part of the Ottoman Empire. There was no more buffer zone between Christianity and Muslims. The threat that Christianity would be wiped away was imminent.

In addition to the Black Death, wars, and superstition, dissent from Catholic beliefs also became a problem. Ignorant clergy promoted the incorrect interpretation of doctrine. Also, the decline of papal authority due to the Great Schism furthered disunity. Heretics, such as William of Ockham, John Wyclif, and John Hus spurred people to rebel and leave the church. Dissension later sowed the seeds to the Protestant Revolt. With Christianity weakened by disease, politics, and an uneducated clergy, a complete Muslim takeover was a real possibility.