What is the Catholic fascination with Church Bells about?

You can hear bells ringing inside and outside Catholic churches around the world. Since the sixth century AD, outdoor bells have been used to call the monks of a monastery or the people of a parish or cathedral to times of prayer.

Traditionally, every three hours beginning at 6 a.m., bells would alert clergy, religious, and laity (who did not have Timex wristwatches at that time) that it was time to pray and to begin the work day. This would occur again at 9 a.m., noon, 3 p.m., 6 p.m., 9 p.m., midnight, and 3 a.m.

The traditional division of ringing the bells every three hours coincided with the Breviary or Divine Office prayed by the monks and nuns in their monasteries. Lauds or Morning Prayer was supposed to be prayed at dawn, so 3 a.m. was close enough and thus the bells would ring calling the religious community to common prayer. No time to take a shower, you simply went to chapel and prayed. Afterward, you could go back to your cell and catch a few winks, unless of course you had to milk the cows. Prime was prayed at 6 a.m., followed by Terce (9 a.m.), Sext (noon), None (3 p.m.), Vespers or Evening Prayer (6 p.m.), and Compline (9 p.m.) with Matins at midnight. 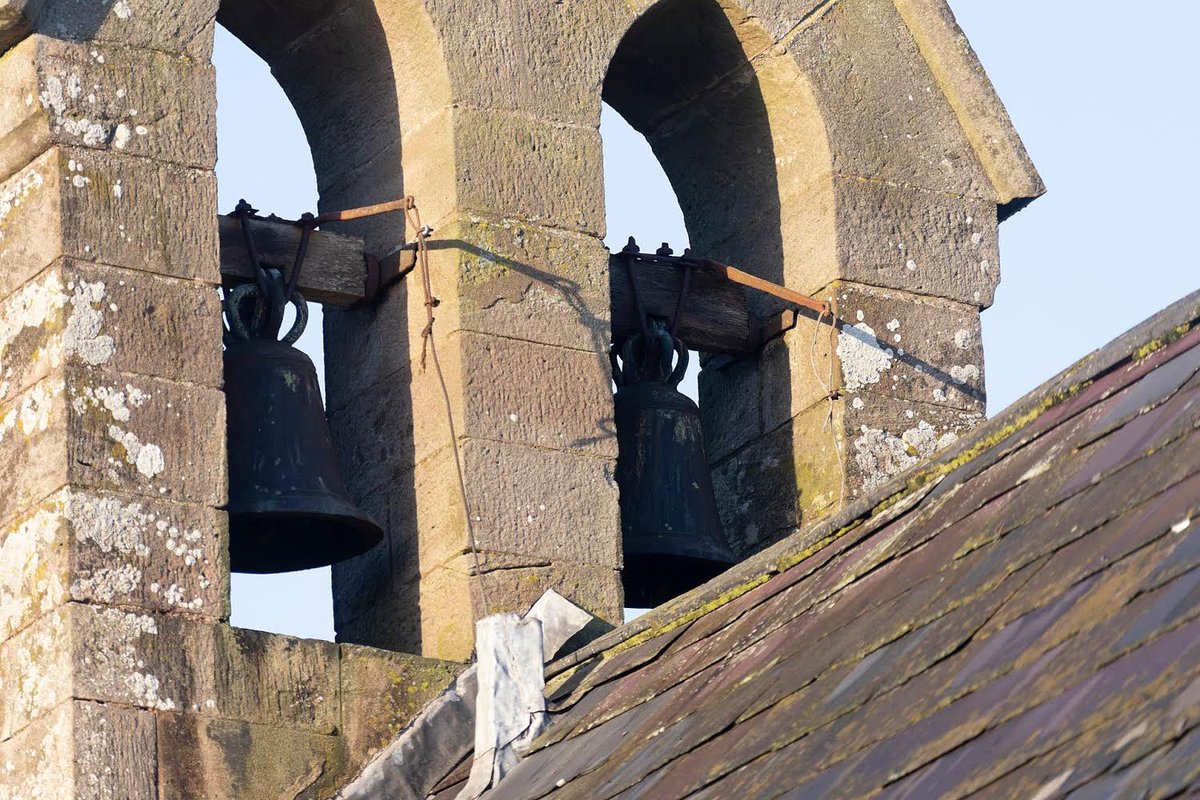 At each of these three-hour intervals, the monastics would pray some of the Psalms from the Bible and usually there was a reading from the Old or New Testament as well. The Our Father (Lord’s Prayer) and canticles punctuated the major hours (Lauds and Vespers). The bells helped everyone in town and at the monastery know what time it was in addition to the call to prayer. Gradually, the hours were adjusted to suit the season, but often the bells were kept at their chronological hour since so many people in town depended on the ringing to know what time it was.

Church bells also rang to announce the sad news of death, from the pope or the emperor or king; the happy news of a new birth or marriage; an end to war; or they could ring just to alert the townsfolk of impending danger or calamity.

Since it was believed that the Devil and his demons hated the sound of church bells since they called the faithful to prayer, bells were also baptized—blessed by a bishop with holy oil and holy water, and each one given a name. They were not truly baptized since only human beings can receive any of the sacraments, but the analogy was similar since it was at baptism that parents named their children. Naming and blessing church bells was a ceremony performed throughout Europe until the time of the Reformation. Those who misunderstand the practice accused the Medieval church of superstition, yet even today we hear of the “christening” of a ship and no one mistakes it for the christening of a baby.

Smaller bells, called the Sanctus bells, are used inside the Church to remind people to kneel. When Mass was universally celebrated ad orientem (facing east) instead of versus populum (facing the people), and before there was a microphone and speaker, people who sat in the rear of the cathedral could not see or hear what the priest was doing.

Bells are also rung when the priest or deacon blesses the congregation with the Blessed Sacrament when contained in the monstrance.