The doodlebug is the larva of the ant lion. 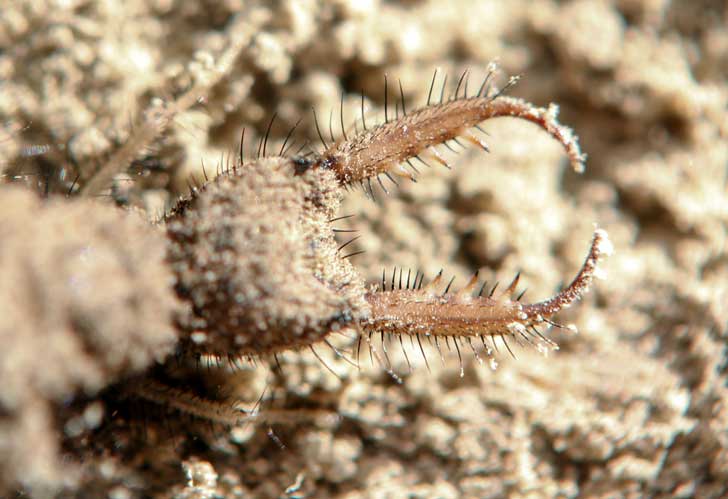 But why this immature insect is held to ridicule by the contemptuous name doodle, “simpleton,” is not easy to understand, for he’s a wise little gazebo, well versed himself in the follies of ants, as you will see under the item ant lion.

Because of the power, like that of a miniature rotary snow plow, with which he expels sand particles from his excavation, one would expect to connect doodle with doodlesack, the bagpipe, played by a current of air, but there is no such connection.