It is regrettable that the story of the word jeep is not complete. 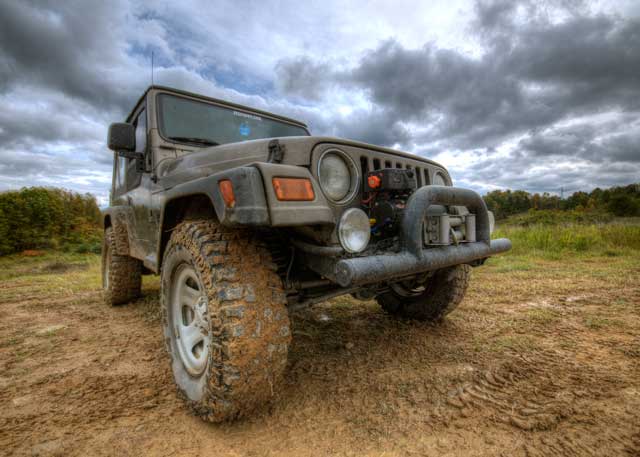 In 1937 the cartoonist, E. C. Segar, began to use an animal in his comic strips about “Popeye,” which he called “Eugene, the Jeep.”

This creature was described as being able to move at will between the third and fourth dimension, being invisible while in the latter, and being able to answer all questions about the future. Because of the popularity of this comic strip, the term jeep was somewhat in the public mind at the beginning of World War II.

But the Willys-Overland people, although maintaining that the term Jeep, designating a type of vehicle prominent in that war, was first applied to the vehicle actually produced by that company, have been entirely unable to trace the reason for the application.

In a small book, Hail to the Jeep, by A. Wade Wells, from which I am privileged to quote, the first use of the name is credited to Irving (Red) Hausmann, test driver for the Willys-Overland plant in Toledo, Ohio. Hausmann does not claim credit for originating the name. He drove the test model to Baltimore, for Army test and approval, and is quoted as saying:

Shortly after our arrival the Ford Motor Co. also sent their 1/4-ton vehicle in for test. Some distinction had to be made as to a name for our vehicle. I took a lot of pride in the vehicle we had developed, and I didn’t like people confusing it with the others and calling it a “Bantam,” “Bug,” “Midget,” “Blitz-Buggy,” a “Ford G.P.,” “Quad,” or “Peep,” so I picked up the name “Jeep” from the soldiers who were tossing it around among themselves. I started calling our model a Jeep and called it Jeep at every opportunity.

Upon his return to Toledo, it is said, others in the Willys-Overland plant took up his use of the name. But in late 1941 when, as a lexicographer, I was investigating the word Jeep for dictionary inclusion, neither Army nor maker was able to satisfy my interest in its source.

The best guess was that the name had been formed from the sound of the initials “G.P.,” which indicated the “general purpose” for which the vehicle was designed, although proof is lacking that the design was ever so designated.