You are here: Home / Odds / How Did the Liberty Bell Get Its Crack?

The bell we now call the Liberty Bell was originally ordered by the Assembly of the colony of Pennsylvania from a foundry in England. 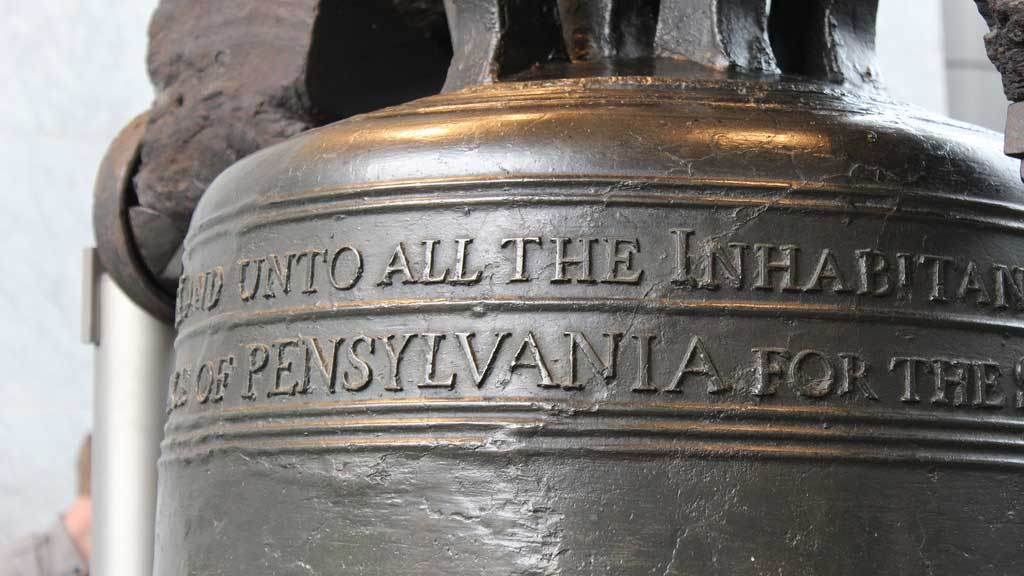 The first time that the new bell was struck, it cracked. It then had to be recast twice during the following year before it was rehung in the State House bell-tower.

When the bell rang on July 18, 1776 to celebrate the adoption of the Declaration of Independence, the people of Philadelphia immediately associated it with the Revolution and made it the symbol of their fight for freedom.

From that time on, the bell was rung to celebrate patriotic occasions and to mark the birthdays or deaths of famous American men.

The bell cracked again in 1835 when it was struck to announce the death of John Marshall, the Chief Justice of the United States, but it was again repaired.

All this time, the bell was still called the State House Bell, but when the people of Philadelphia were becoming active in their support of the abolition movement, the freeing of Negro slaves in America, its name was changed to the Liberty Bell.

Then in 1846, when the bell was struck to mark the birthday of George Washington, it cracked once more. But this time it could not be repaired, and it sat in the bell-tower, silent.

In 1915, this symbol of America’s fight for liberty was taken down from the bell-tower and placed on the ground level of what is today called Independence Hall.

Previous Post: « Can a Stick of Wood Locate Water Underground?
Next Post: What Makes a Mexican Jumping Bean Jump? »