How Do Airplanes Fly Upside Down If Its Wings Are Shaped To Give It Lift?

It can be done to wow the crowd at an air show, but it wouldn’t work for a commuter flight to Schenectady because, although it’s theoretically possible, passenger planes aren’t built to stand the stress. (Nor are the passengers.)

A conventional airplane’s wings are curved or humped on top, and that produces lift for reasons that are far from simple. But if the wing were upside down, wouldn’t that produce the opposite effect, turning the “lift” into “plunge”? Yes, if the pilot weren’t partially offsetting that effect by changing the plane’s angle of attack, the angle at which the wings hit the air.

Stick your hand out the window of a speeding car, not above the speed limit, of course. When you hold your hand flat, palm parallel to the ground, you feel the air’s pressure on what pilots would call the leading edge of your hand, the thumb edge. But then if you tilt your hand slightly upward, so that your palm gets the brunt of the wind, your wing, uh, hand, is pushed upward. There’s more push on the bottom than on the top, and that makes lift, no matter how your hand, or a wing, might happen to be shaped, as long as it’s reasonably flat. 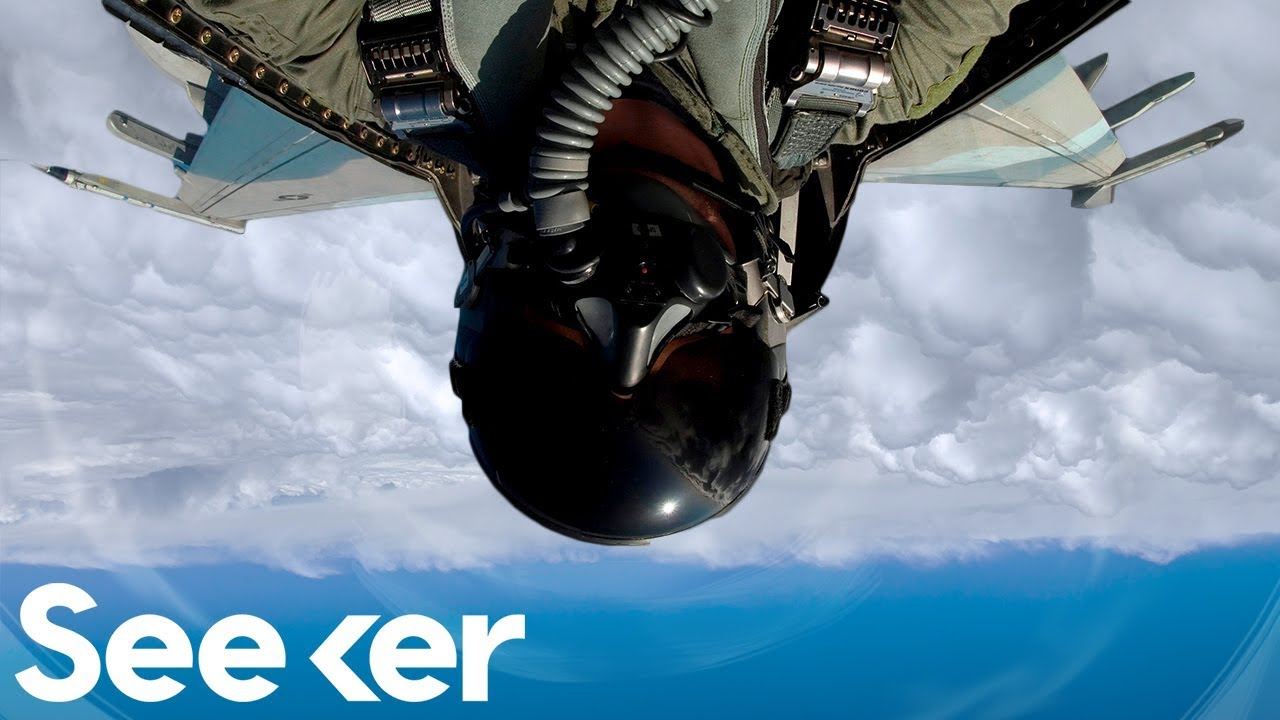 So when flying upside down, the stunt pilot points his nose (the plane’s, that is) upward, so that the bottoms of the wings, which used to be the tops, are getting the brunt of the wind and are being forced upward. As a matter of fact, stunt planes don’t even have wings that are more curved on top; the top and bottom surfaces are the same shape, so it doesn’t matter which side is up, everything is accomplished by angle of attack.

As you saw from your hand-out-the-window experiment, increasing your angle of attack produces not only lift, but drag, more wind resistance trying to hold your hand back.

Similarly, when the stunt pilot increases his angle of attack, the plane experiences more drag against which the engines have to labor. Stunt planes, therefore, have to have powerful engines, as well as crazy pilots. Well, crazy like a fox, perhaps, because it takes great strength and presence of mind to think in three dimensions while you’re being subjected to forces that are eight or ten times as strong as gravity.

And stunt pilots aren’t protected by “g-suits,” those pressure suits that fighter pilots wear to keep the blood from leaving their heads and blacking them out during high-acceleration maneuvers. All the same, I’ll just watch from the ground.