Does Gravity Diminish At a Certain Distance From Earth?

Astronauts are not weightless in orbit. There’s a completely different reason why astronauts can do all those silly tricks for the cameras, such as performing somersaults in midair or sitting upside down on absolutely nothing, looking more witless than weightless.

That’s all beside the point, however, because the paltry 250-mile (400-kilometer) altitude at which the space shuttle goes ’round and ’round is peanuts as far as gravitational weakening is concerned. After all, Earth holds on to the moon pretty well, doesn’t it? And that’s 239,000 miles (385,000 kilometers) away. (Okay, so the moon is much more massive than an artificial satellite and the strength of the attraction is proportional to the mass, but you get the point.) 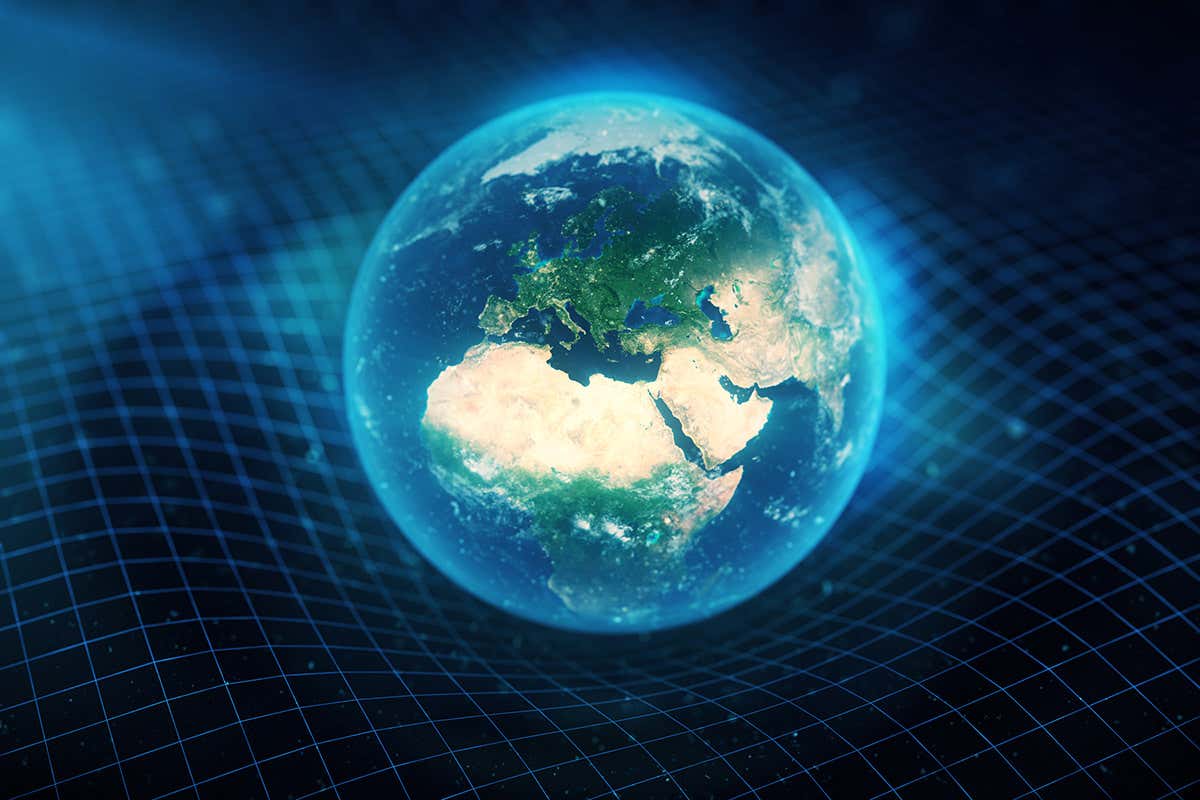 If those floating folks aren’t weightless, what do we mean by weight, anyway?

Weight is the strength of the gravitational pull that Earth exerts on an object. Because that strength diminishes the farther an object goes from the center of the Earth, its “weight” diminishes also. But never to zero.

Okay, then. If orbiting astronauts aren’t exactly weightless, how come they can float around in the shuttle like that? The answer is that their stillconsiderable weight is counteracted by something else: a force that comes from their orbital speed. (Techspeak: centripetal force.)

Try it. Tie a string firmly to a rock and swing it around in a circle (outdoors!), holding your hand as stationary as possible. The rock is the shuttle and your hand is the Earth. Why doesn’t the rock fly off? Because by means of the string you’re pulling on the rock with exactly enough force, an imitation gravitational force, to counteract its tendency to fly away. Pull a little less hard (let some string slip out) and it flies outward, away from your hand. Pull tighter by pulling the string in (imitating a stronger gravitational attraction) and the rock “falls” inward toward where your hand used to be.

It’s the same with the shuttle. The fact that the shuttle keeps going around in a stable circle rather than flying off into space means that its tendency to fly away from Earth is being exactly counterbalanced by Earth’s gravitational pull, which holds it down. In other words, gravity is continually making the shuttle “fall” toward Earth, exactly enough to keep it from “rising” farther above Earth.

The same thing is happening to the astronauts inside. Their tendency to fly away from Earth is exactly balanced by Earth’s pull, so they neither fly away nor fall to Earth; they stay suspended in midair, not knowing which way is up. Which is perfectly okay, because there is no “up.” “Up” has always meant “in the opposite direction from gravity’s pull,” and gravity’s pull is no longer discernible. That’s why it’s so much fun for them to pose for the camera with one guy upside down. Or is it downside up?

Incidentally, the fact that Earth’s gravitational force is balanced by the orbiting astronauts’ centripetal force doesn’t entirely exempt them from the effects of gravity. It’s only Earth’s gravity that is balanced out. The moon, the planets, the shuttle and the astronauts themselves still attract one another because they all have mass. But because the moon and planets are so far away, and because the astronauts and their equipment don’t have much mass, all these gravitational effects don’t amount to much.

They’re still there, however, and that’s why space scientists never talk about zero gravity; they say that the astronauts are operating in an environment of microgravity.