How do astronomers know where one galaxy ends and another galaxy begins?

When Galileo turned the first telescope toward the heavens, he recorded that the Milky Way (the galaxy in which Earth spins) is a stretch of innumerable stars grouped together in clusters.

Those star clusters are, in fact, groupings of solar systems, composed of many suns, some with planets revolving around them. Webbing all the clusters together, creating a cloud effect, is interstellar gas (hydrogen and helium combined with more complex molecules), which spreads, in varying densities, across the galaxy. 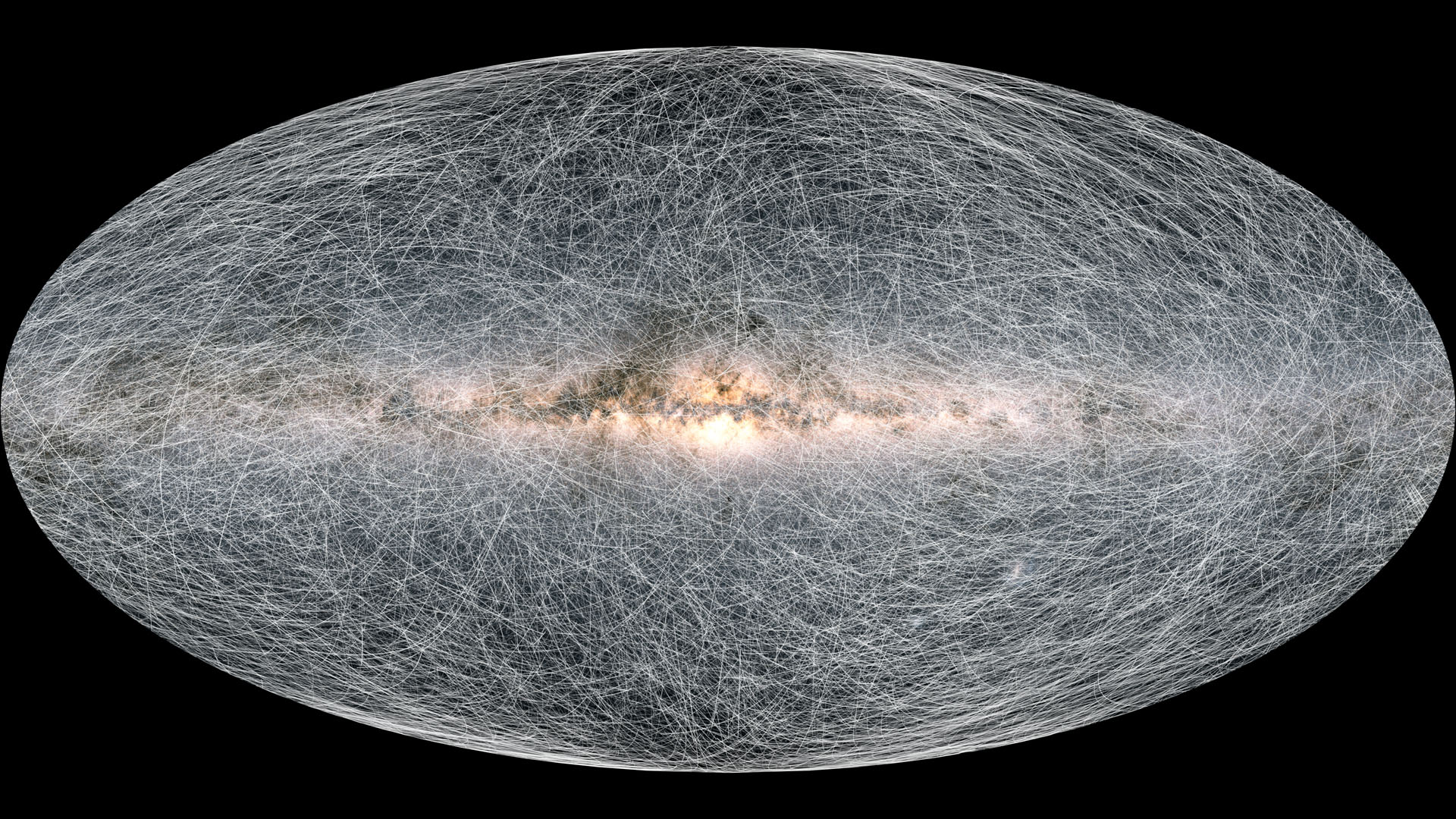 The boundaries of a galaxy are marked by the absence of bodies (solar systems, star clusters) to attract one another and by the thinning of interstellar gas. Between galaxies are enormous voids filled only with intergalactic gas, either hydrogen or helium.

One way astronomers know where one galaxy ends and another begins is by observation of the forms of the galaxies. A galaxy known as Messier 31, which is 2.2 million light years away, can be seen with the naked eye. Others require the aid of binoculars and small telescopes. Five hundred million galaxies, spanning a distance of 5 billion light years, are within the reach of large reflecting telescopes.

The galaxies appear in a variety of forms. Spiral galaxies have well defined arms tightly wound around a nucleus, whereas barred spiral galaxies are characterized by arms emanating from both ends of a luminous bar running through a nuclear region. Some galaxies, which contain fewer luminous stars, are elliptical; another category, called irregular galaxies, includes all those having no characteristic pattern.

It is also possible to photograph galaxies with an optical telescope. The instrument collects the galaxy’s light with a mirror and reflects it onto a photographic plate from which a photograph is made. Large clusters of stars transmit light to the plate, whereas the dark spaces between galaxies cast no light, thus defining a galaxy’s boundaries. One of the largest optical telescopes in the world is the Hale reflecting telescope on Mount Palomar in California. Its mirror, measuring nearly 5 1/2 yards in diameter, collects 1 million times more light than the eye.

A more reliable, and now more widely used, device used to observe the galaxies is the radio telescope. Like optical telescopes, most radio telescopes can be positioned to “look” at different points in the universe.

Some are shaped like large dishes; others consist of a group of antennae; several are actually built into natural craters in the earth. The paraboloidal dish of a typical radio telescope reflects and focuses radio waves to a “feed antenna,” or pickup device, at the center of the telescope.

After amplification by a receiver, the signals are conveyed by cable to a computer, which reads the intensity of the radio waves thus received from various points. A computer printout shows how radiomagnetic energy is concentrated and dispersed throughout a galaxy. At the boundaries of the galaxy, radio waves, like light waves, become very weak, and thus does the printout show where a galaxy begins and ends.

The largest radio telescope in the world lies in the hills near Arecibo, Puerto Rico. Its vast reflector dish, lined with aluminum panels, measures 1,000 feet in diameter. The most powerful radio telescope, however, named the Very Large Array (VLA), has a series of fifteen dish shaped antennae, each 82 feet in diameter, spread in a Y shape across the plains near Socorro, New Mexico.

When all twenty seven antennae act together electronically, the telescope has the resolving power of a single dish 17 miles in diameter.