How do bees communicate with each other about where the flowers are using a bee dance?

Bees use a bee dance to communicate and tell other bees where the flowers are. Here’s how it works.

It’s a pattern they trace in a figure-eight shape, while wiggling periodically and flapping their wings. What tells the story is the speed of the bee, the direction the bee points, and the sounds the bee makes with its wings.

Here’s how it works: Let’s say a bee finds a flowering bush about fifty yards from the hive. After landing on a flower, she will bring some of the scent home on her legs. 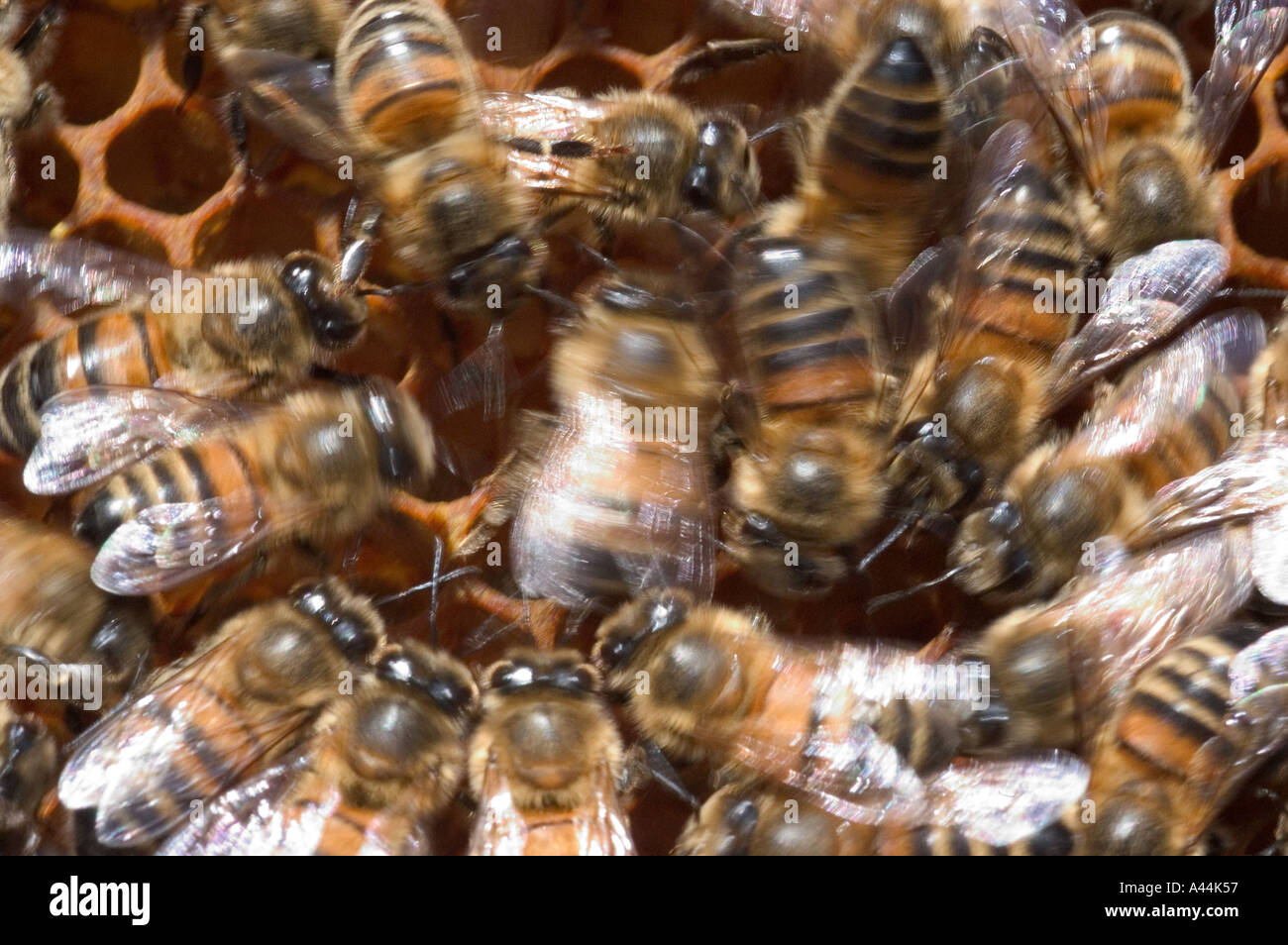 Inside the hive, she positions herself on the wall of the hive. Using “up” to stand for the position of the sun, she points her body in the direction of the bush. This shows her sisters where the bush can be found.

The bush is only fifty yards away, pretty close for a bee, which means she must then wiggle frenetically in her figure eight to indicate that it is close.

The other bees use these directional/distance indicators to find the dancing bee’s bush.

If they find it’s worth dancing about too, they’ll collect from it and come back and perform the same choreography.