How Do Fish Stay Suspended In Water Without Sinking or Floating?

In order to be at home suspended in seawater, in precisely neutral buoyancy without sinking or rising, a fish, or any other object, must have exactly the same overall density as the water. That is, it must weigh exactly the same as an equal volume of seawater.

If it weighs more, it will sink to the bottom. If it weighs less, as most humans do, it will float to the surface and stay there. Ships, of course, are scrupulously designed to achieve the latter condition.

Bone and muscle are both denser than seawater, so just about any animal will sink unless it contains some very light stuff, such as an internal bag of gas, to compensate and reduce its overall density. We land creatures have lungs, and most fish have swim bladders, little gas-filled bags. 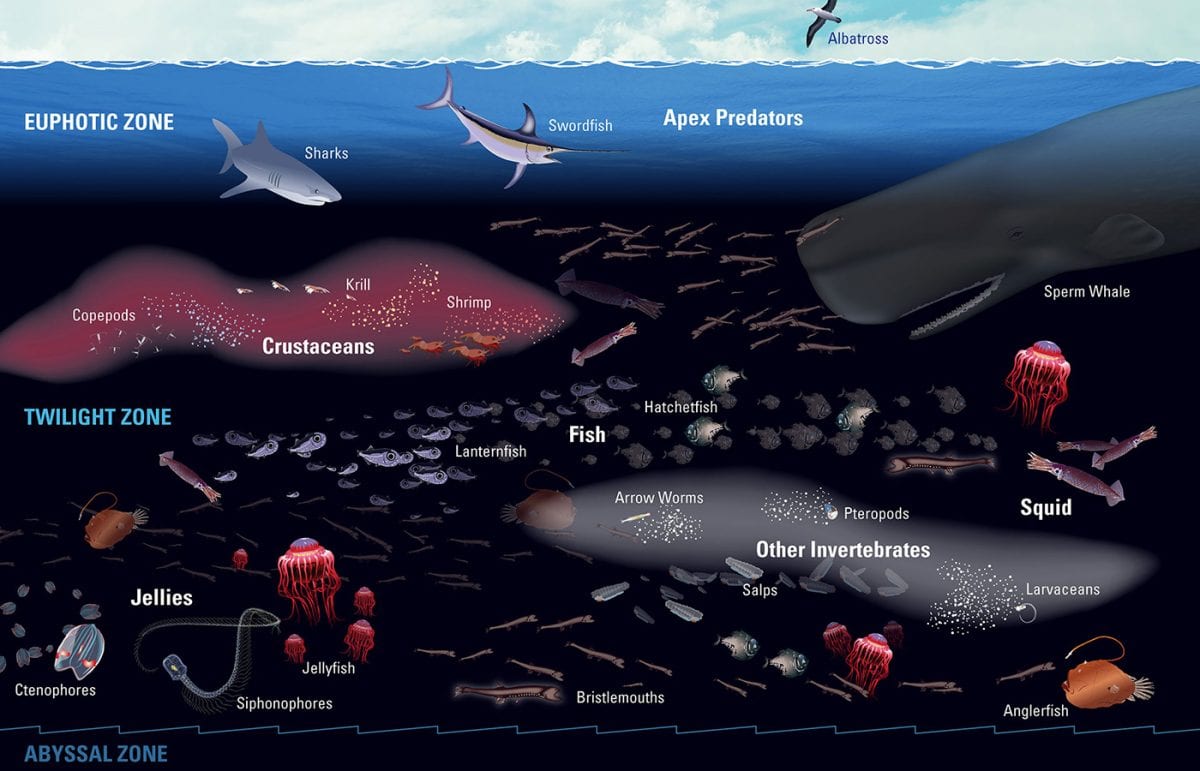 Fish’s swim bladders make up only about 5 percent of their entire volume, though, while our lungs fill most of our chest cavities. Lungs lower our overall density so much that our bodies are more buoyant than many kinds of wood.

Even if a fish happens to be denser than seawater, it can avoid sinking by constantly swimming. Similarly, when chasing seashells you could propel yourself downward by vigorously flicking your flippers, but alas! you’re just not as proficient in the art of fin-propulsion as fish are.

Even if you were, you would still have to work much harder, because you are burdened by those huge internal water-wings called lungs.