How do Indian Snake Charmers get King Cobras to Dance and Sway to their Rhythms and what is the Name of the Instrument they use?

From the cobra basket, the snake rises as the crowd shrinks back. The charmer plays his pungi, swaying to the music, and the snake undulates with him, seemingly entranced. 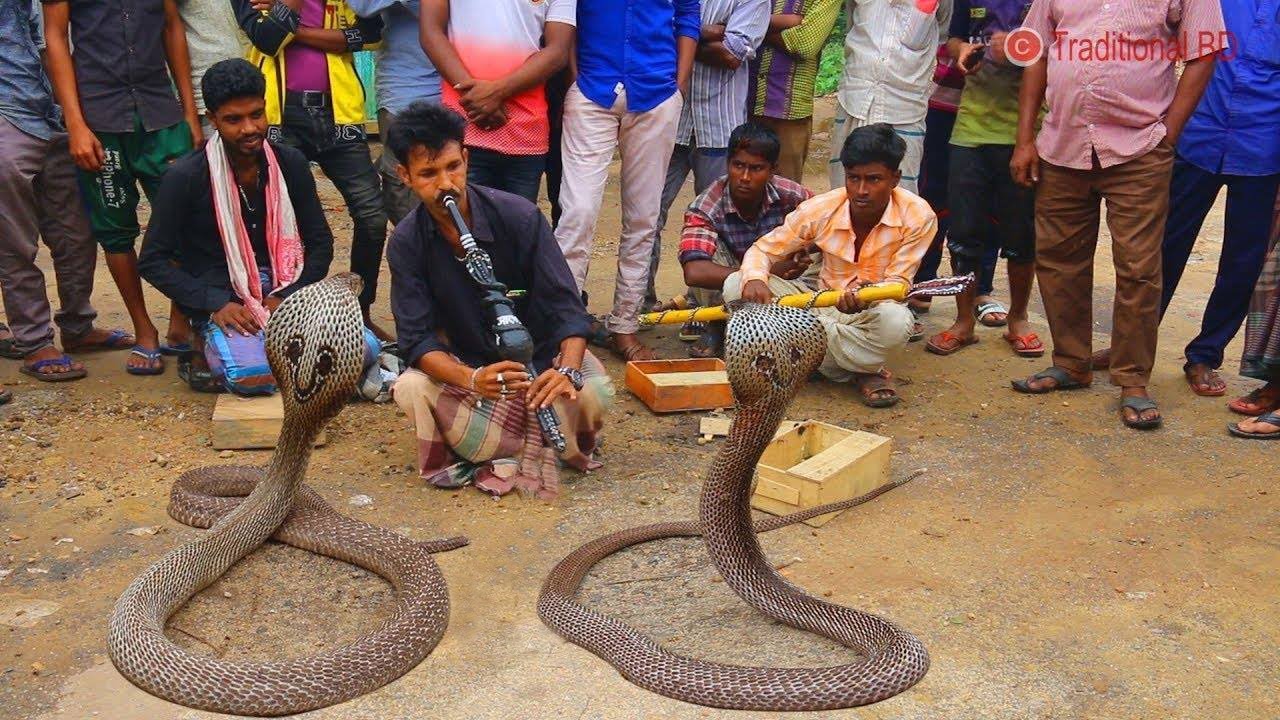 Like other street performers with a good act, however, there’s a catch. As mentioned above, snakes don’t have ears, so there’s no way a cobra can even hear the song that’s being played.

What happens is this: When the snake charmer takes the lid off the basket, the snake is thrust from darkness into light and rises up defensively, as it would in any threatening situation, fanning its hood.

The snake charmer begins to play his pungi, swinging the end in front of the snake. The cobra mistakes the moving end of the instrument for another snake. Because a snake’s eyes can’t pivot, the cobra physically moves to follow the thing it’s trying to strike at.

Since the pipe is moving to a musical rhythm, it looks as though the snake is dancing. Experienced snake charmers know the distance and movements needed to keep the cobra following without lashing out.

But just in case, many of these snakes have been defanged, a little tidbit most charmers don’t tell you before taking your money.

The Pungi is a generic term for several Indian reed instruments.