How do Meerkats use Social Groups to help Survive on the African Plains?

Meerkats might not be the biggest animals on the African plains, nor appear to boast any particularly formidable weapons, like the rhino’s horn, or impressive skills, like the cheetah’s speed.

Nevertheless, through a combination of hardy biology, smart tricks and a unique community spirit, these mammals have adapted perfectly to their harsh environment. They escape the most extreme temperatures of southern Africa – as well as the vast majority of predators who’d like to make a meal of them – by living in underground burrows.

Some of these subterranean networks can play host to up to 50 or so individuals, though an average colony is about half this size, with two or three families living together communally. 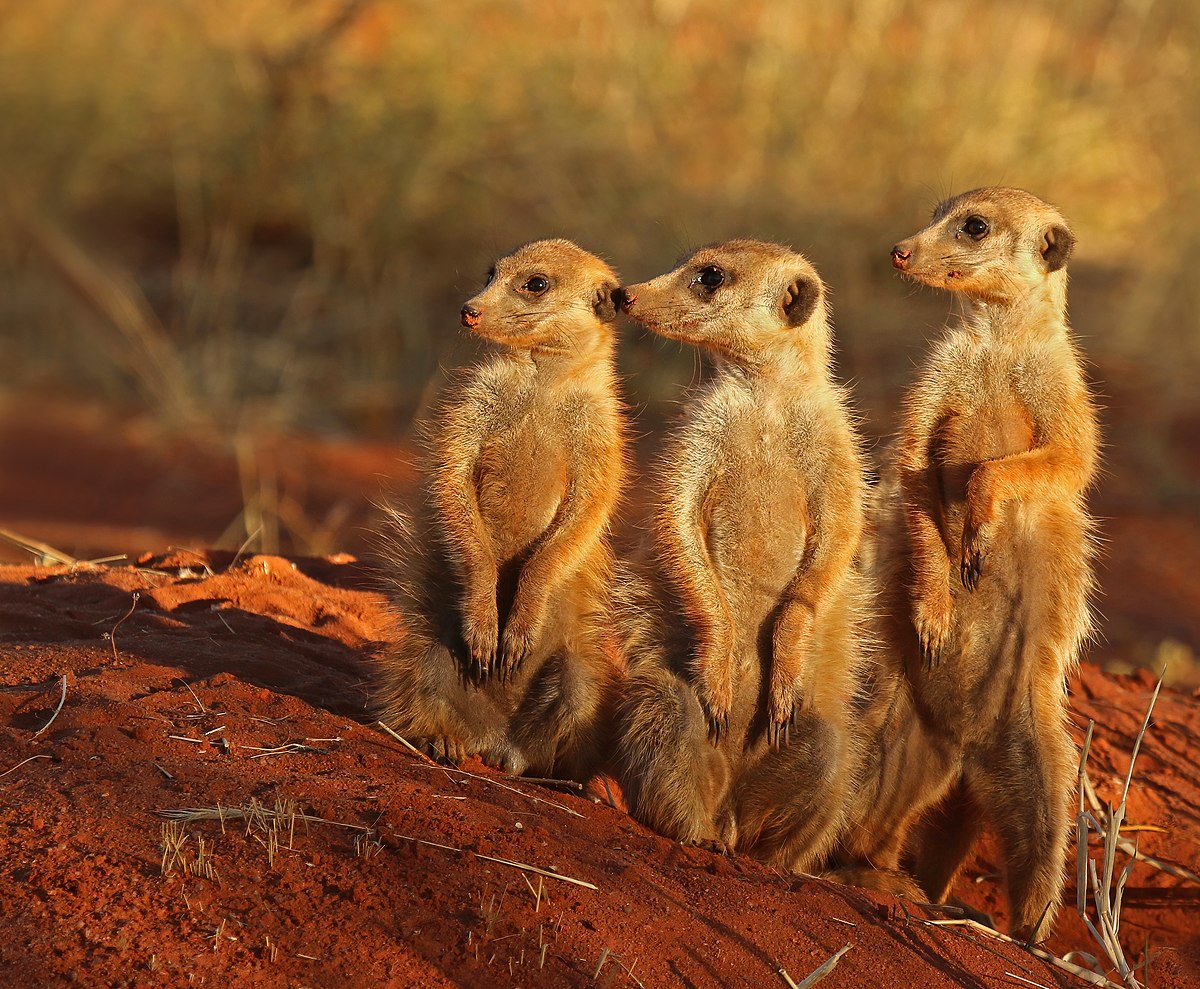 A type of mongoose, they are equipped with sharp, curved claws – each about two centimeters (0.8 inches) long – used for digging and self-defense, as well as acute vision, which comes in very handy for spotting danger. In fact, when they do venture out of their burrows en masse to search for food, there will always be at least one meerkat that stands sentry – often on a rock or in a bush – primarily looking to the skies for their number-one enemy: birds of prey.

As soon as any threat is detected, the lookout will give a shrill warning bark and the others will immediately make a dash for a nearby bolthole or other cover. It’s thought that meerkats have dozens of different calls to signify a range of threats.

As well as hunting together over a territorial range that can cover as much as ten square kilometers (four square miles), meerkats also share childcare duties. Typically, only the colony’s alpha pair will mate, but all the others pitch in to babysit, grooming and feeding the pups, as well as demonstrating valuable life skills, like where to find food, play-fighting and which parts of a scorpion to eat.

Meerkats are renowned for picking fights with creatures that even the most powerful hunters give a wide berth, like snakes and scorpions, but are they really impervious to venom?

Well, to some degree this may be true, because mongooses have often demonstrated a much higher tolerance to venom than most animals due to a slightly mutated neurotransmitter, which prevents the toxins from causing muscle paralysis. However, this doesn’t mean meerkats are immune – they can die if they get stung or bitten several times or by particularly toxic species.

But to sway the odds in their favor, they’ve developed some clever hunting tactics, including ‘mobbing’, where they encircle an enemy and attack it from all angles. Or in a scorpion’s case, they move with lightning-quick reflexes to bite off the stinger before it can do any harm, then rub the toxic outer layer of the exoskeleton on the ground before eating it.