How Do Silkworms Make Silk?

The caterpillars of the silkworm moth are the remarkable creatures responsible for making the threads from which man manufactures shiny, beautiful silk cloth. 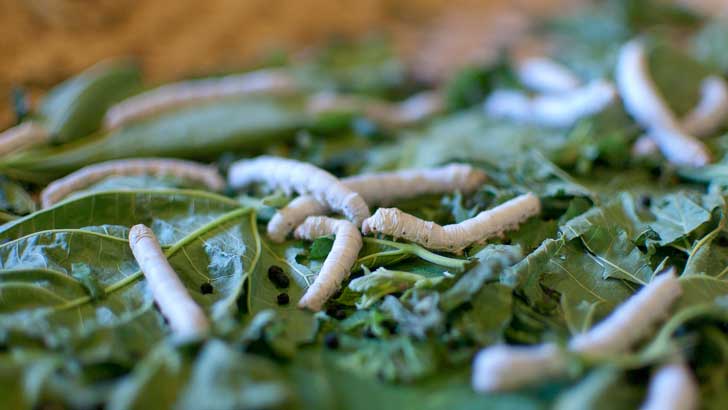 Today, almost all silk is cultivated on silk farms in Japan, China, and other countries of the Far East, where mulberry trees grow, since it is the leaves of this tree which are fed to the caterpillars. 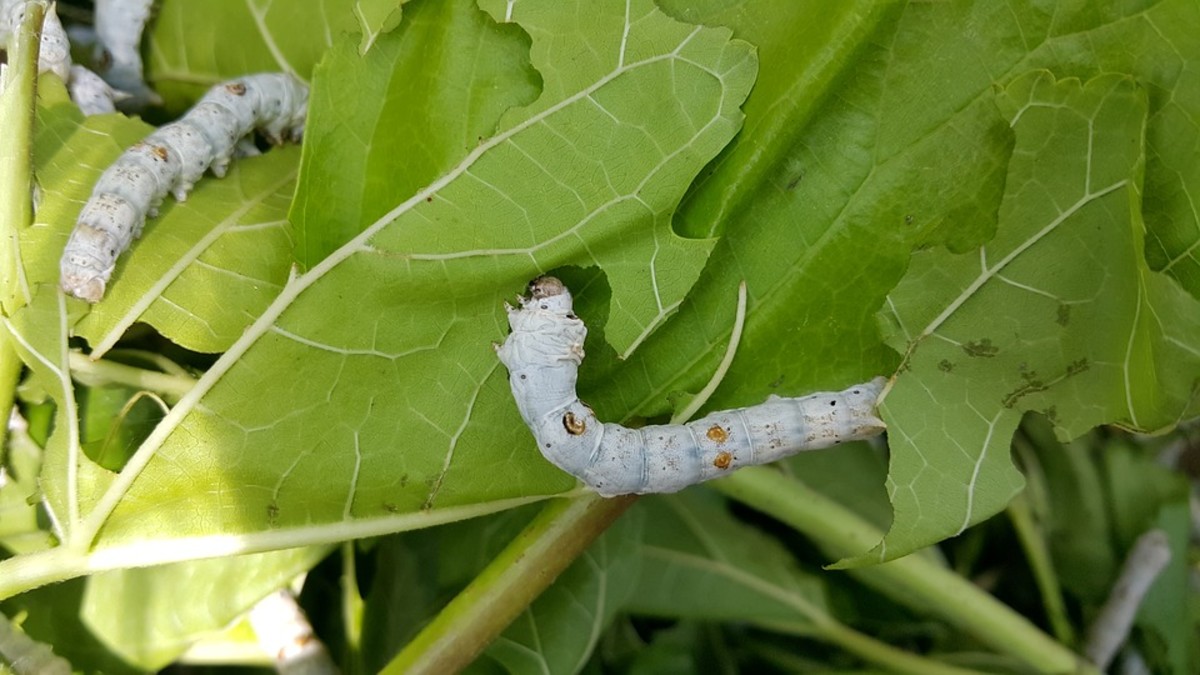 The large white female silkworm moth lays her eggs (from 300 to 500) on special paper set out by the silk farmer. These eggs are examined and tested carefully to be certain that the worms inside are not diseased. Then they are put into an incubator for about 20 days, where the warmth causes them to hatch.

When the tiny silkworm hatches, it is fed every two or three hours, night and day, for four to five weeks, with fresh mulberry leaves.

At the end of that time, the silkworm is fully grown and stops eating. It is now ready to spin its outer wrapping, a cocoon.

The worm first attaches itself onto a twig or piece of straw the farmer has placed near it. It does this by giving off a fluid that is manufactured in its glands. As the fluid hits the air, it hardens into silk threads, which the worm winds around and around the twig or straw.

The threads are held together by a gum, which the worm also gives off. The worm continues winding its thread, now enclosing its own body inside a cocoon.

After three days, the cocoon is completed. To prevent the worm’s changing into a moth and breaking out of the cocoon, thereby bursting its long silk thread, the farmer puts the cocoon into an oven.

The heat kills the worm and permits workers to unwind the long silk threads. Several are unwound together, and the thicker threads are twisted into bundles, ready to be shipped to a mill for manufacturing into silk cloth.

The secret of silk-making was so closely guarded by the Chinese for 3,000 years that anyone revealing the truth about the silkworm was put to death as a traitor.