Where do Silkworms Come From and How Long is the Thread from a Single Silkworm Cocoon?

The silkworm is the larva of the domesticated silkmoth known as Bombyx mori, which means “silkworm of the mulberry tree” in Latin. 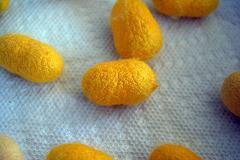 Bombyx mori is a domesticated variety bred from the Bombyx mandarina species from northern India to northern China, Korea, Japan and eastern Russia. 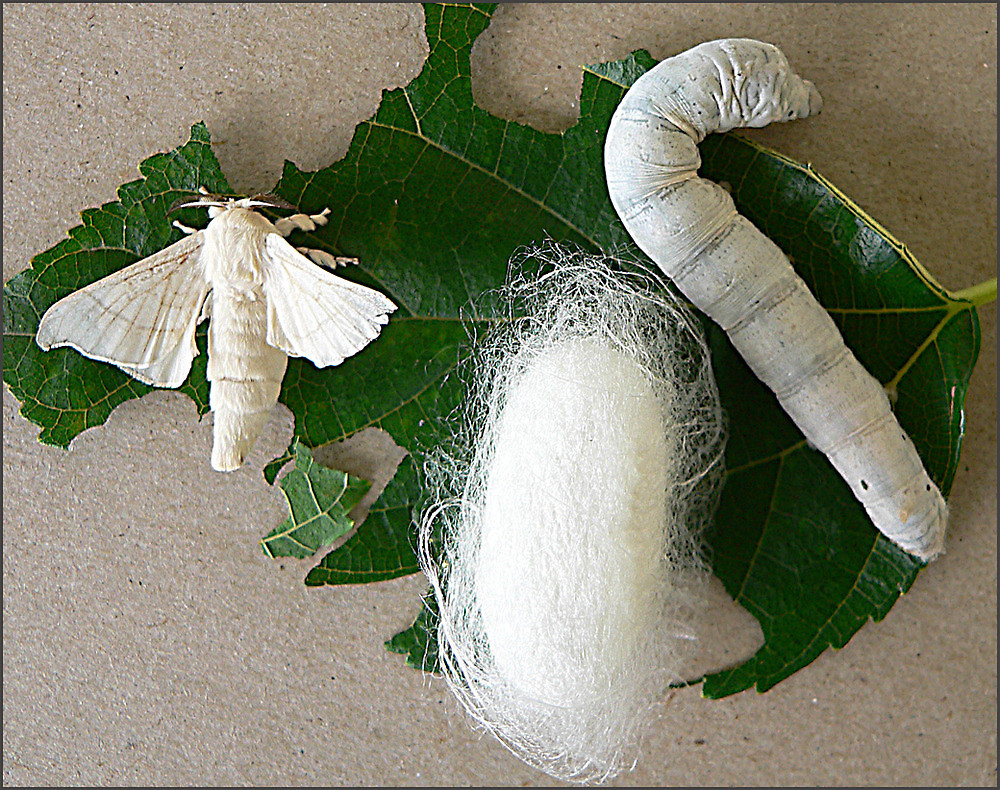 As hinted by its Latin name, the Silkworm loves white mulberry leaves, but it will settle for the leaves of the Osage Orange or the Tree of Heaven found in China.

These days, the silkworm is dependent on humans for reproduction and eggs take about ten days to hatch.

A single thread from a silkworm cocoon can be about half a mile in length, if carefully unraveled.

The poor little silkworm does all that work and ends up giving its life so someone can have a polka-dotted necktie.

The general rule of thumb is that 10 pounds of mulberry leaves can feed 200 worms that will spin a pound of cocoons that will make about 100 miles of the very thin thread.