How do time release capsules release medication gradually and evenly?

In the late 1940’s Don MacDonnell of Smith Kline & French, a pharmaceutical company, went into his local grocery store and lighted upon a jar of “petites”, tiny candy beads used for decorating pastry.

Scientists at the time were searching for a form of medication that would release slowly, and the candy provided MacDonnell with a clue.

Several years of research and testing resulted in the manufacture of “the capsules that think”, capsules containing some 300 to 900 “tiny time pills” which dissolve in the system gradually, freeing the user from having to take additional doses every 3 or 4 hours. 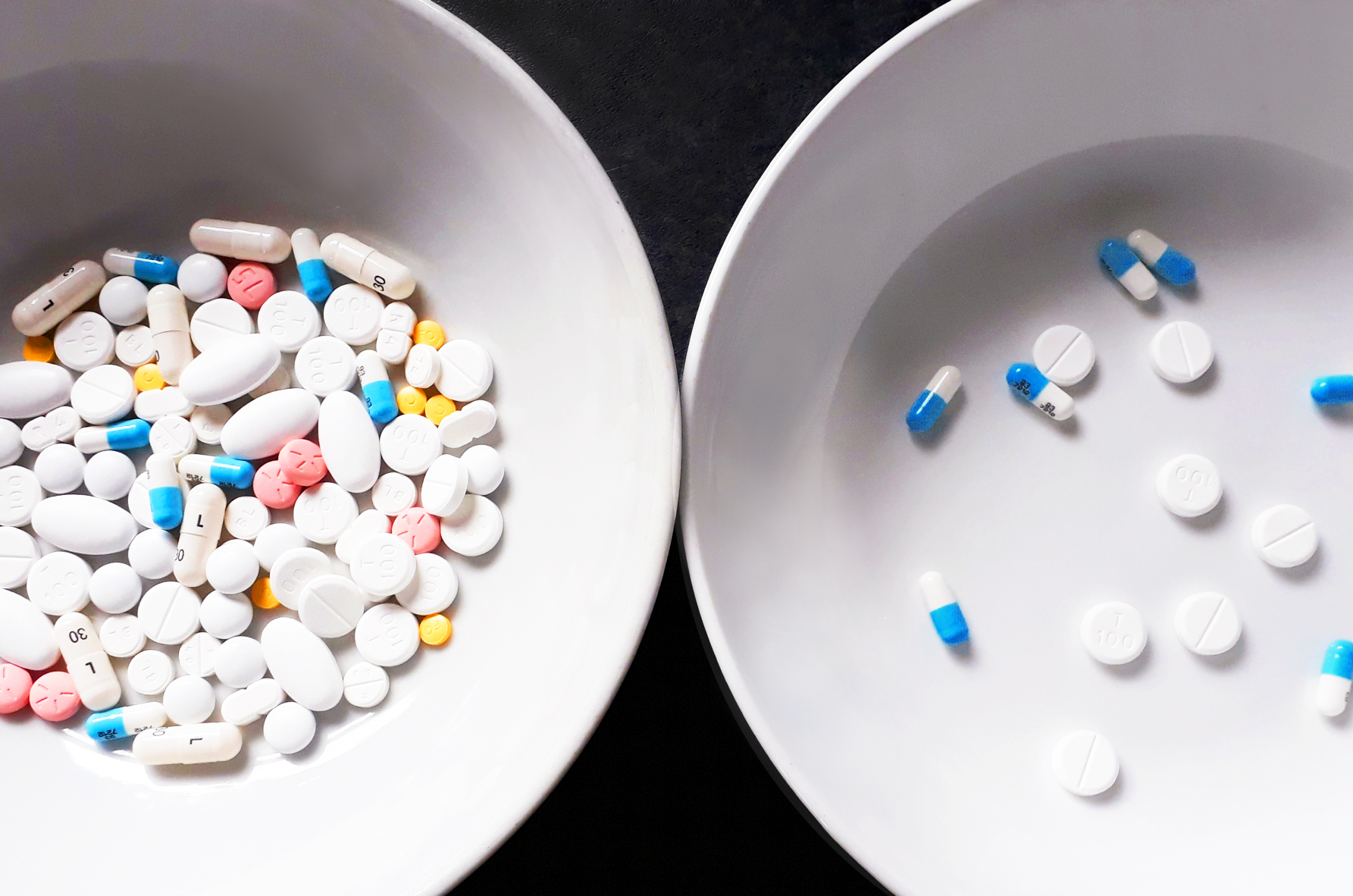 The “Spansule” capsule of Smith Kline & French, used for a variety of medicines including Contac, is designed to dissolve evenly and slowly with no “peaks,” “valleys,” or “fade outs.” But how do the tiny pills or pellets inside “know” when to go to work?

Each pellet consists of a central core of sugar and starch, known as a starting core. Millions of the cores are placed in a large drum that resembles a cement mixer. As the drum rotates, medication is added as a powder or solution and distributed evenly over the cores. They are then coated with digestible dyes for identification, not of the individual pellets, but of the product as a whole.

Finally, an outer waxy coating is applied in the same manner as the medication. Pellets in different pans receive different amounts of coating, so that some will release almost immediately, others more slowly, as the digestive system wears off the waxy coating.

Of the 600 tiny pellets in one Contac Spansule, some go to work about 30 minutes after ingestion. The pellets are not designed to release, say, all the antihistamines first, then all the decongestants, and so on, but rather to distribute medications evenly over a 12 hour period.