How does a hovercraft hover across the water?

When a hovercraft moves across water, it is literally floating on air, for a high pressure air cushion is maintained beneath the hull that provides lift and allows even large vessels to whiz along at high speeds.

First developed in 1959, air cushion vehicles (AVCs) are sometimes amphibious, capable of traveling both on land and in water.

A hovercraft, or air cushion vehicle, rests on a “cushion” of air beneath the hull. Air propelled by a fan down into a plenum chamber provides lift, before escaping under the wall of the ACV. 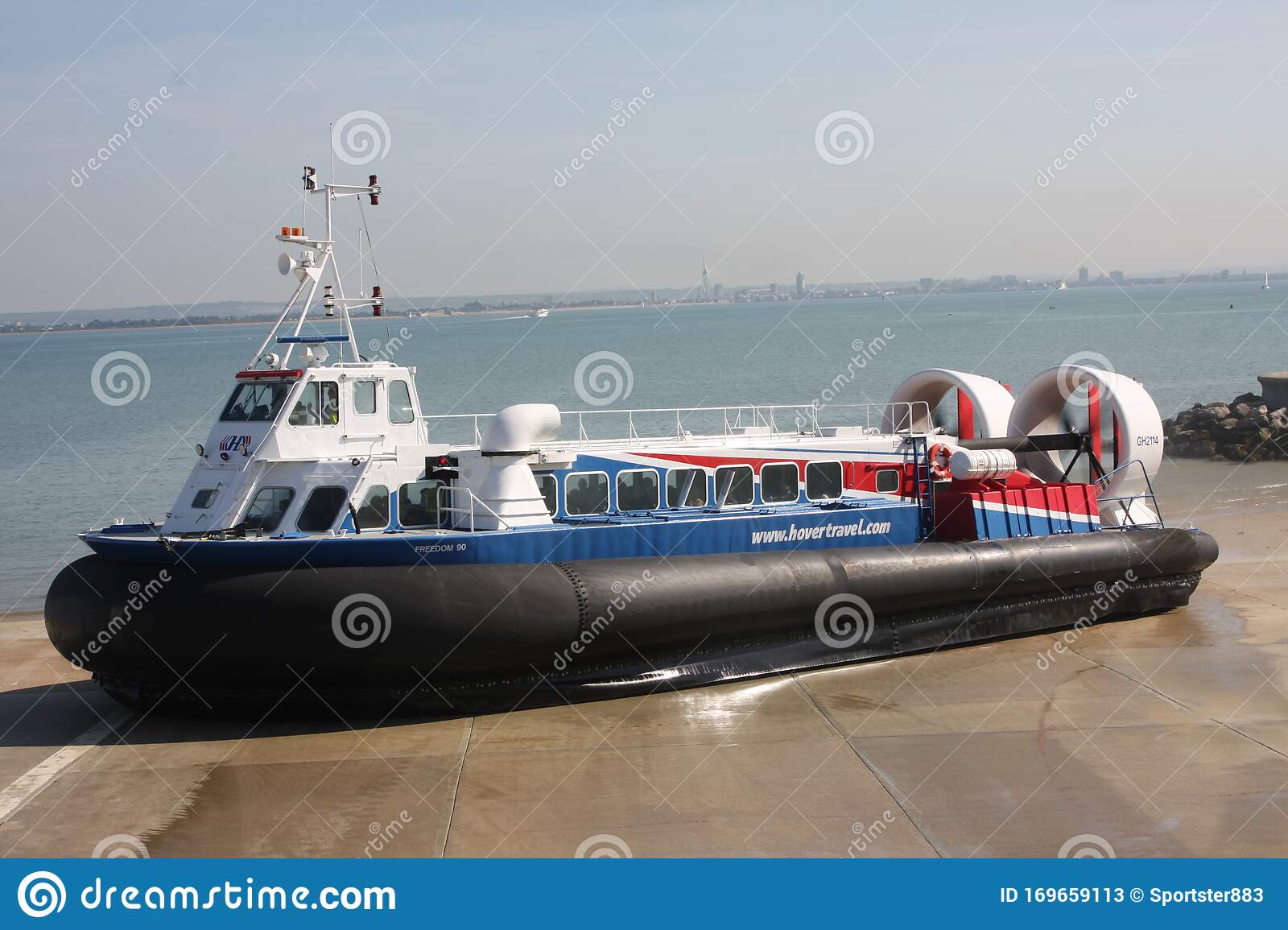 Air flows downward and inward through slits around the periphery of this vehicle, efficiently maintaining higher pressure in the cushion than in the surrounding atmosphere.

The addition of a flexible skirt provides increased clearance, and a smoother ride over choppy waves.

In a sidewall ACV, the sides extend slightly below the surface of the water; air escapes only at the bow and stern. Greater stability is achieved at the expense of increased drag.

A substantial space, or “plenum chamber,” exists beneath the vessel, into which air is pumped by fans. In some vessels, the flow of air has an annular pattern: that is, higher concentrations of air are emitted at the periphery, then act as a curtain to protect the cushion from surrounding lower pressure air.

Nozzles direct the air inward so that it pushes against the air in the cushion and maintains it far more efficiently than if the air were directed straight down. The cushion, whose air pressure is higher than atmospheric pressure, may also be protected by a flexible skirt of strong nylon impregnated with neoprene rubber. This skirt allows the ACV greater lift with less expenditure of power and makes possible travel over rough terrain and choppy water with minimal loss of air.

Some large hovercraft have skirts at the bow and stern and rigid or inflatable sidewalls extending down into the water on both sides. This system vastly reduces air loss, but sidewall ACVs are practical only for traveling at slow speeds in deep water.

ACVs use an integrated lift and propulsion system, which means the same engine inflates the air cushion and propels the vehicle. Sidewall ACVs often use diesel engines, whereas most other types have lighter weight gas turbine engines.

Air enters a duct near the top of the vessel, away from dust or spray, and flows toward one or more large fans, each with a diameter of at least 10 feet. These centrifugal fans on a vertical axis pump air down into the plenum chamber to replace air that is continuously lost. Marine propellers, water jets, or air propellers provide propulsion, and braking and steering are done aerodynamically: fins and rudders deflect airflow in the necessary direction.

At slow speeds “thrust impulses” that steer an ACV are achieved with lateral propellers, and a change in the pitch angle of the propeller blades can result in braking.

This vehicle is intended to move cargo and equipment from offshore ships, across beaches and marginal areas to inland points. It weighs 27 tons when empty (though its gross weight may be 62 tons) and can be deployed on container ships. This ACV averages 50 miles per hour at sea, 25 miles per hour on land. Bell Aerospace is building larger landing craft for the Navy, designed to carry tanks ashore.