A rare colorless, odorless gas was discovered in the atmosphere in 1898 by two British chemists, Sir William Ramsay and Morris W. Travers. They named it neon, which is the Greek word for “new.” Neon is found not only in our atmosphere, but also in gases trapped in the earth.

Since neon is a first-rate conductor of electricity and since it has an amazing ability to give off light which can be seen at great distances, it is used most frequently in airplane beacons, in lamps, and in advertising signs.

The bright red signs we see outside shops and theaters are simply glass tubes shaped into letters or numbers and filled with neon gas. For blue neon signs, a few drops of mercury are added to the gas. 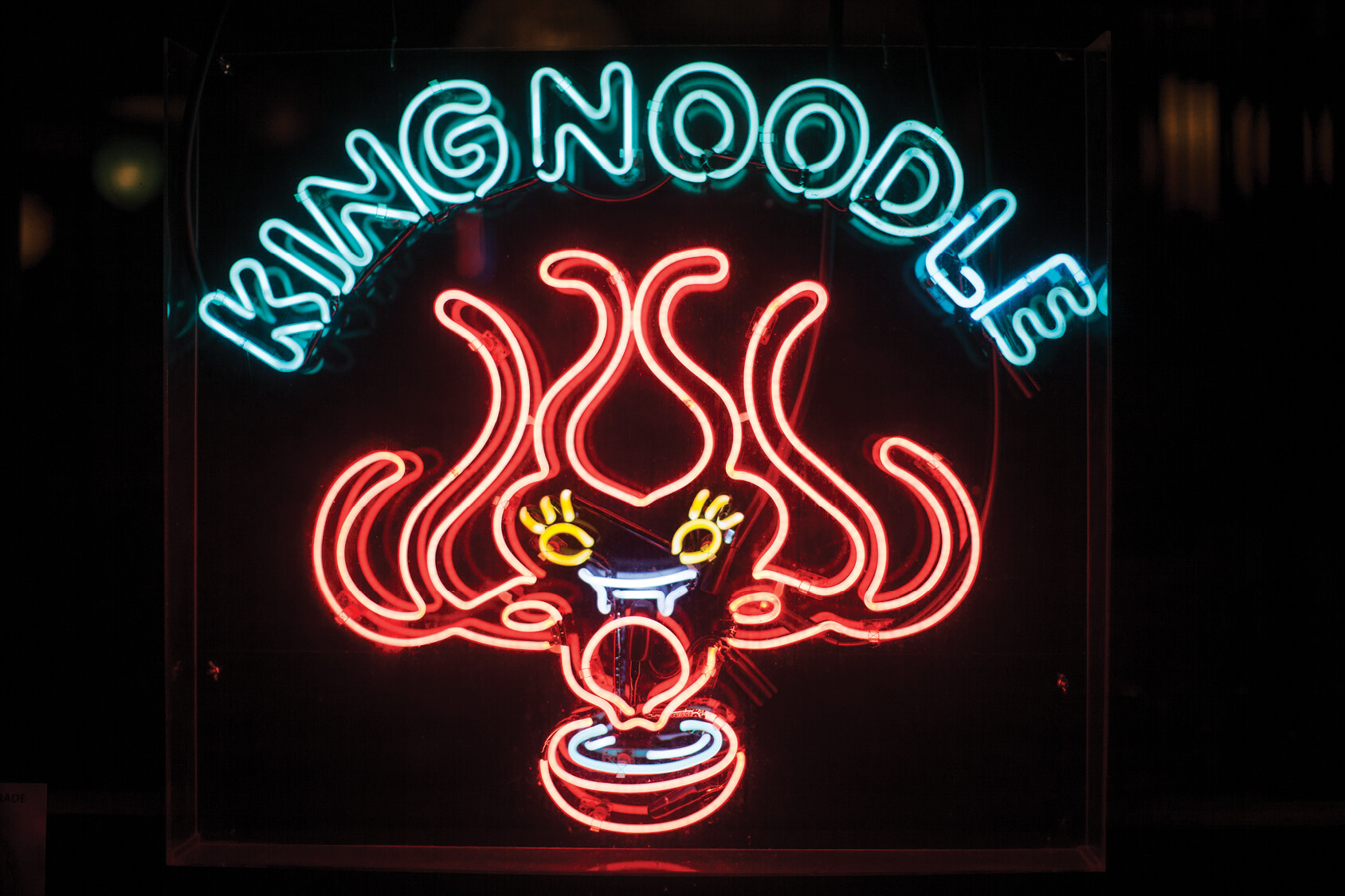 Neon lamps are made by removing all the air from glass tubes and filling them with neon. When a starter button is pressed, an electrical current is sent from an electrode at one end of the tube, through the neon, to a second electrode. This electrical current causes the gas to glow a fiery red. Neon lamps do not have filaments as are found in incandescent lamps, for in neon lamps it is the gas itself that glows.

Neon is produced when air is turned to a liquid under high pressure and at temperatures of about -200°C. That liquid leaves behind it a gas, neon. Even though neon is costly to produce, very little is needed to create that bright light. Only one quart of neon gas will light up 200 to 300 feet of glass tubing.

Pilots have reported seeing some neon beacons at a distance of 20 miles, when no other light was visible!