How does a Polaroid picture develop in broad daylight?

Each frame in a pack of Polaroid film is a self contained unit that serves as film, darkroom, and finished print.

It works its sorcery in the seventeen chemical layers crammed with great precision under the surface of a square image area less than .002 inch thick. Migrating among these layers are the dyes that make the picture, the developing agents that bring the colors out, and the opacifier dye, which protects the image as it develops.

After you take a shot, the camera sends your picture to be through a set of rollers that squeeze it like an old fashioned clothes wringer. 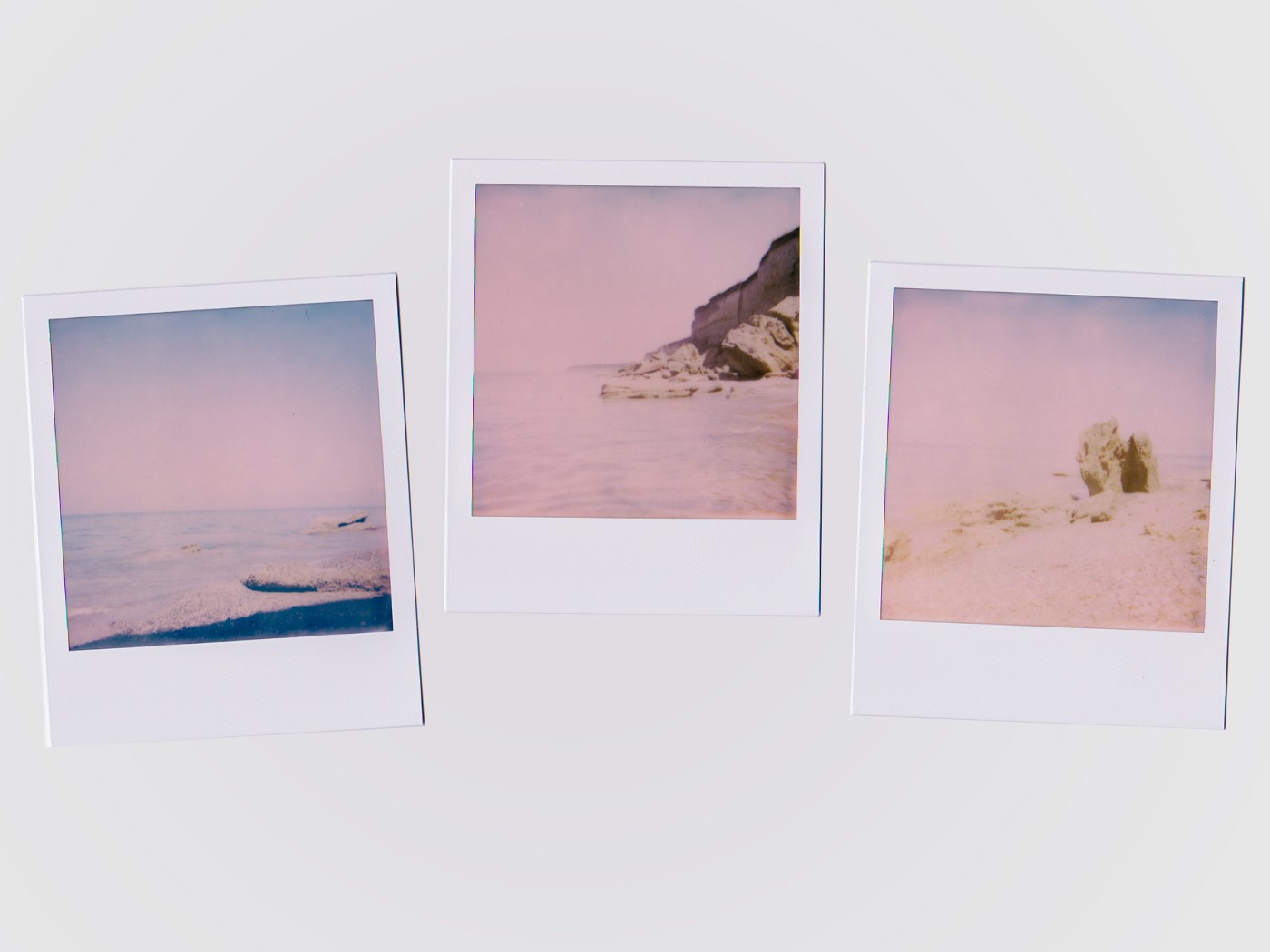 This breaks open a pod lining one side of the image area and forces liquid reagents (chemicals that cause reactions) to flow among the film layers and make your picture emerge. These include white pigment, water, developers, opacifiers, and alkalis. The entire process goes on under the surface. The white pigment in the reagent makes the white areas in the print; the colors rise from beneath.

The opacifier spreads with the other reagents all the way across the emulsion to prevent any further exposure of the film; it is a whitish dye that keeps light from bombarding the sensitive layers below by absorbing it before it can penetrate further; the dye absorbs light only when in an alkaline solution, however.

The reagents squeezed in with the opacifier are themselves alkalines so as the processing finishes and the reagents are used up, the solution becomes less alkaline, and the opacifier stops absorbing light and turns transparent. This lets the colors of your new picture shine through.

Colors are made in a photographic image by mixing only three basic dyes: cyan (blue green), magenta (purplish red), and yellow. Combinations of these can make any color in nature.

The three colors work together because each of them is in a way the opposite of something: yellow is the color you get by mixing all the colors of the spectrum except blue; magenta is everything but green; and cyan is the spectrum minus red. Thus, to get a certain area of film to show up green, all the magenta dye at that spot must somehow be concealed while the cyan and yellow are brought forth.

In Polaroid film, developers attached to the dye molecules themselves, called dye developers, make a certain color appear by immobilizing the dyes that aren’t needed for it. The immobilized dyes stay concealed under the many chemical layers, and the needed dyes float to the top where you can see them.

The dyes begin in separate layers at the bottom of the stack of seventeen. Each dye layer is overlaid by a thin covering of silver halide, a chemical sensitive to light. The halide above each dye is sensitive to a different color of light.

Meanwhile, the unexposed halides over the cyan and yellow layers at that spot (which aren’t sensitive to green light) haven’t changed their shape, and they don’t react with the dyes they cover; so cyan and yellow float freely up to a positive upper layer to make the green you see in your picture. They are trapped there by another chemical, to keep them from migrating any more and spoiling the image.

A clear plastic top layer protects the finished print from damage and even makes it look brighter, as light from the room bounces back and forth between the glossy emulsion and the plastic coat.

The exact processes and chemical names involved in Polaroid photography are still cloaked in fierce industrial secrecy and are protected by several hundred unreadable patents (patents are written to obscure deliberately what the invention in question is to be used for, to make it harder for competitors to benefit from any of the information in them).

This incredibly intricate technology is the result of forty years of continuous research and invention in light theory, machine engineering, and organic chemistry.

Several hundred compounds new to the planet Earth were whipped up specially in the effort to perfect instant photography, all for the sake of those 60 seconds of magic, and for the image that preserves a moment of your everyday life.