Without a good rocket, a satellite or space capsule isn’t going anywhere.

The basic workings of a rocket begin with a store of liquid fuel and one of liquid oxygen. 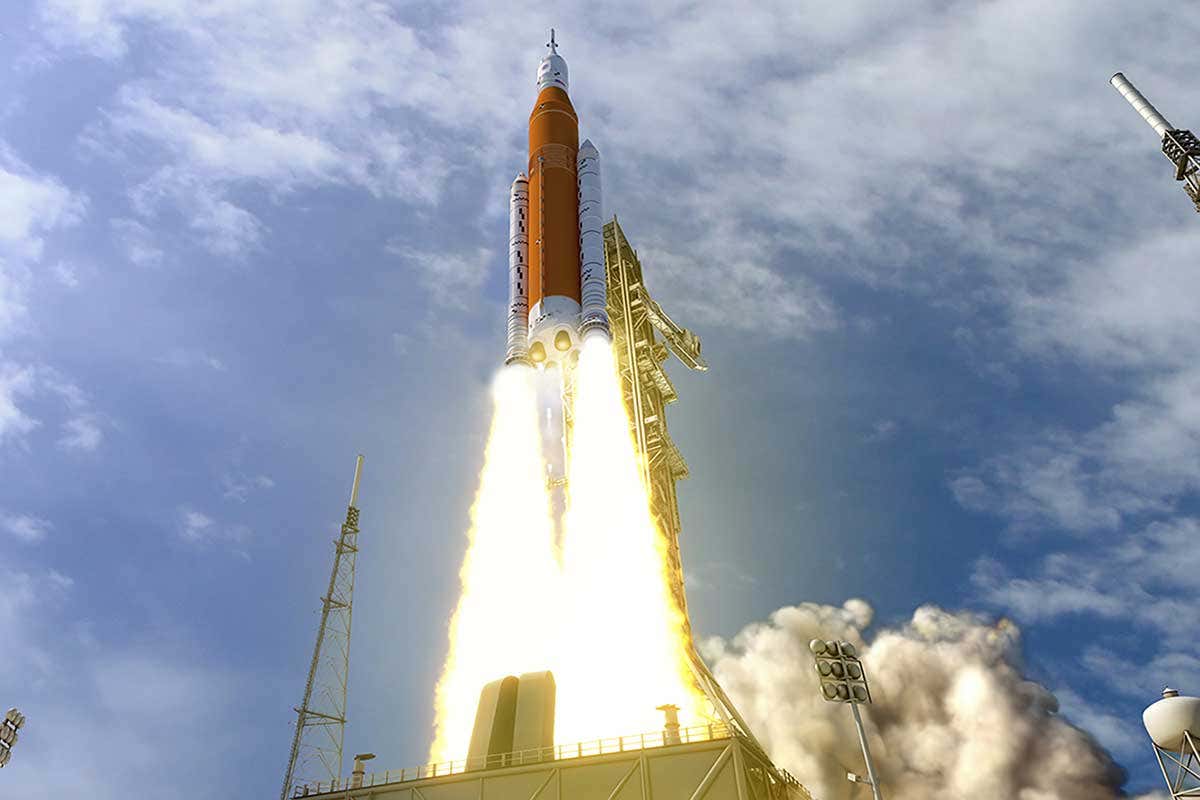 The two liquids are funneled into a combustion chamber where they interact, causing the fuel to burn.

The gas produced from the burning fuel is shot out of the rocket as exhaust, and thrust. As long as the fuel keeps burning and the gas keeps being released, the rocket will fly.

Launchers, rockets used to launch spacecraft, can have more than one stage.

The stages ignite consecutively to give spacecraft the boost they need to break out of Earth’s gravitational force. Once in orbit, or out in space, the rockets are discarded and the craft uses other means of power.

When liquid fuel and liquid oxygen combine, they combust, creating a great amount of energy.

The energy is thrust out of the bottom of the rocket as exhaust, which propels the rocket until the fuel and oxygen are used up.

If the rocket has escaped Earth’s gravitational force, the capsule will stay in orbit until reverse thrusters are used for re-entry.