How does Baking Soda Absorb Odors in the Fridge and How does Activated Charcoal Work?

Like every other householder in this country, I have religiously kept an open box of Arm & Hammer (is there any other kind?) baking soda in my refrigerator, and I can testify that I have never smelled a bad odor. It must also have worked to repel tigers. because not once did I encounter a tiger in my house as long as that baking soda box was in the fridge.

Is it possible that I never saw a tiger because I live so far from India, or that I never smelled a foul odor in my refrigerator because I’m such a fastidious fridgemeister? Nah! Not according to the Arm & Hammer Division of Church & Dwight Co., Inc., and every domestic maven in the U.S.A., who would staunchly maintain that the baking soda absorbed all the odors. (They make no claims about tigers.)

What hard evidence do we have that baking soda really works, at least for odors? None that I know of. But here’s the theory. 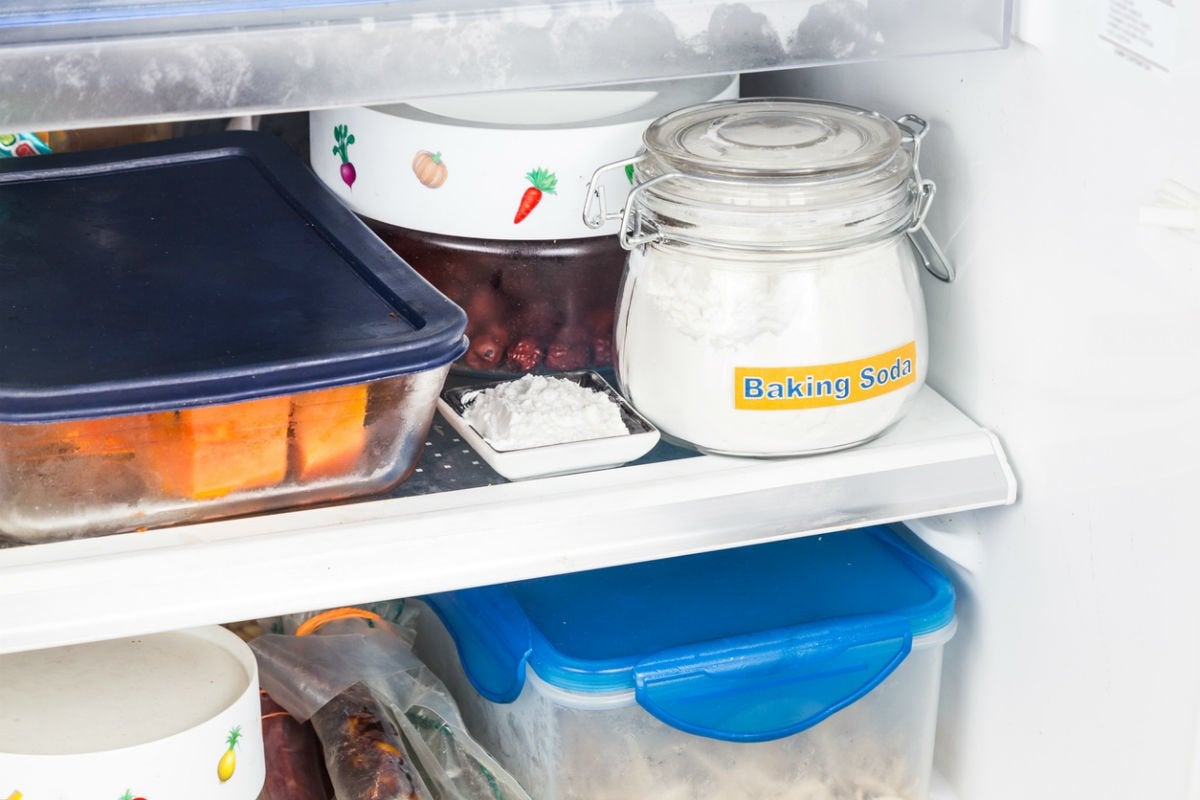 Baking soda is pure sodium bicarbonate(NaHCO3), also known as bicarbonate of soda. It reacts with both acids and bases, that is, with both acidic and alkaline chemicals. (The bicarbonate ion is amphoteric.) But it is more than twenty times as effective in reacting with acids as with bases. And thereby hangs the odor-eating theory. Should a wandering molecule of a smelly acid alight upon a surface of baking soda, it will be neutralized, turned into a salt (shades of Lot’s wife!), and trapped permanently. True enough. There is no arguing with the fact that baking soda will gobble up acids, if given the opportunity. But there’s the rub, or rubs. How do we get the acid to come into contact with the baking soda, and why do we want to trap acids anyway?

First, why are acids the alleged stinkers? It goes back mostly to spoiled milk. In the old days of undependable refrigeration, and especially before pasteurization, milk quickly spoiled, not only by bacterial growth but by its butterfat breaking down into fatty acids, primarily butyric, caproic, and caprylic acids. Butyric acid is largely responsible for the odor of rancid butter, whereas caproic and caprylic acids are named after what they smell like: caper is Latin for goat. Get the drift?

So if you are in the habit of leaving month-old milk in the refrigerator for several weeks while you visit your time-share, many of the sour fatty acid molecules may indeed find their way to an open box of baking soda, fall in, and be neutralized.

But not all smelly molecules (smellicules?) that can pollute your refrigerator’s air space are acids, or even bases (alkalis) for that matter; chemically speaking, they can be virtually anything. Claiming that baking soda absorbs “odors” generically is stretching the truth by a chemical mile.

Let’s put it this way: An odor is a puff of gaseous molecules floating through the air to our noses. Each type of molecule has its unique chemical identity and its own unique set of reactions with other chemicals. No single chemical, sodium bicarbonate included, can claim to react with and deactivate any and all gaseous chemicals that happen to smell bad.

Even for acidic odors that are bicarbonate’s main quarry, note that the landing pad for a smellicule on a box of baking soda is a mere 7 square inches (the box-top area) located at some random position within a 0-cubic-foot (35,000-cubic-inch) refrigerator air space. That’s not a very efficient system for capturing smellicules. The box does not attract odors, as many people believe. It has no come-hither power, in spite of its toplessness.

The new “contraption” you saw is Arm & Hammer’s creatively spelled Fridge-n-Freezer Flo-Thru Freshener, a standard one pound box of baking soda with removable sides, intended to give gaseous molecules more access to the baking soda by “flo-ing thru” porous paper inner seals. That sounds like a great idea, but this box, “specially designed to expose more baking soda than any other package.” uncovers only another 7 square inches of baking soda surface. And the air in the fridge doesn’t “flo thru” the package anyway. There is no fan or other force blowing it into one side of the box and out the other. Nice advertising concept, though.

What about the odor molecules that baking soda won’t absorb? There is only one common substance that can gobble them all up indiscriminately: activated charcoal. It works not by trying to be a chemical for all seasons, but by using a physical stickiness that is essentially chemistry-blind. If gases find their way into its enormous interior network of microscopic pores, they stick by a phenomenon called adsorption, the adhesion of molecules to a surface by means of what chemists call van der Waals forces.

Charcoal is made by heating hardwood, nutshells, coconut husks, animal bones, or other carbon-containing materials in an oxygen free environment, so that they don’t actually burn, while substances other than carbon are driven off. It is then “activated” by being treated with very high temperature steam, a process that removes any remaining non-carbon substances and results in an extremely porous microstructure within the charcoal grains. A single gram (one twenty-eighth of an ounce) of activated charcoal may contain up to 18,000 square feet of internal surface area.

You may be able to find activated charcoal (the best kind is made from coconut husks) in a drugstore, hardware store, appliance store, or pet shop. Spread it out on a baking pan with sides, and leave it in the offending fridge for a couple of days. Do not use charcoal briquettes; they contain coal, sawdust, and other substances, and their charcoal content wouldn’t work anyway because it isn’t powdered or activated.

In the end, there is only one sure-fire route to a sweet, odor-free refrigerator. Three words: prevention, prevention, prevention. Seal all your refrigerated food, especially “strong” foods such as onions, in airtight containers. Check frequently for signs of spoilage, round up the usual suspects, and throw them away. Wipe up spills promptly. Clean the fridge thoroughly. Yeah, I know, but do it more often.

Oh, you say there was a power outage while you were on vacation and all your refrigerated food spoiled and you could smell it all the way from the airport on your return? Poor soul. Neither baking soda nor charcoal will help, nor will cursing the power company. Make yourself a stiff drink, go to Louisiana State University’s disaster information website, and follow the directions.