How Is Baking Soda Different From Baking Powder?

It’s all in the chemicals.

Now that I’ve warmed the hearts of chemistry fans and confounded the rest of my readers, let me try to win the latter back. 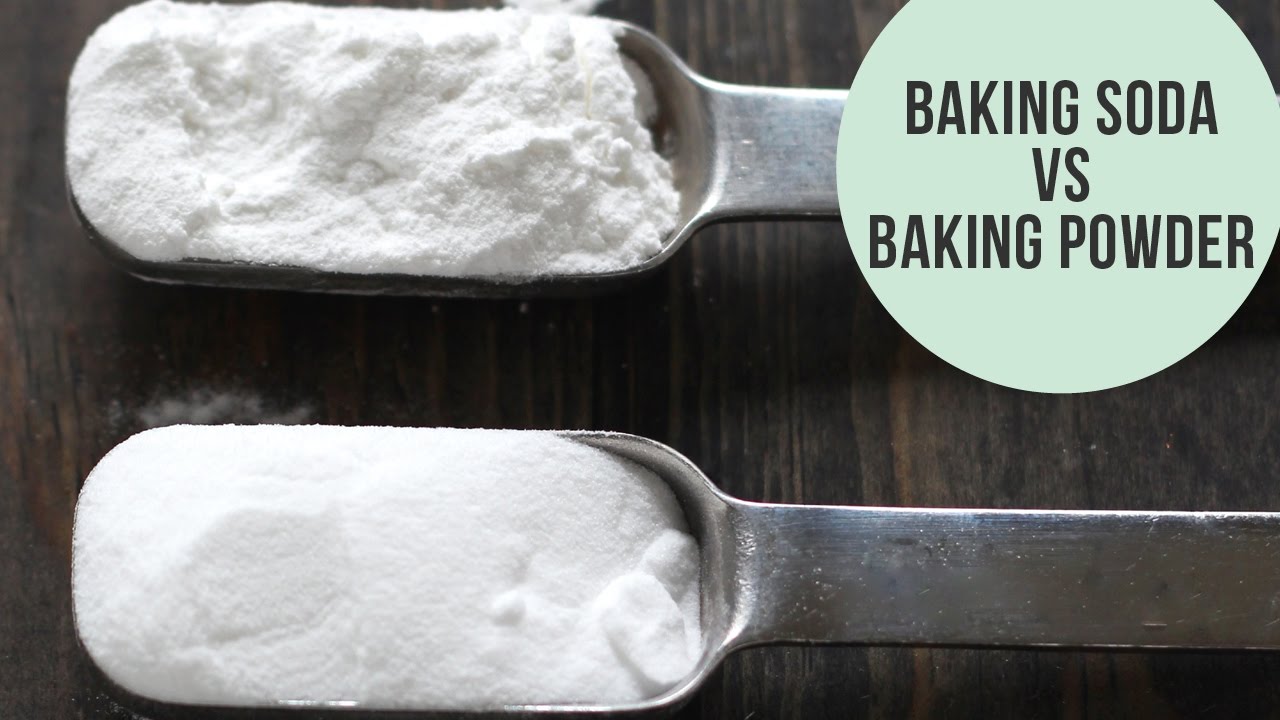 Both baking soda and baking powder are used for leavening (from the Latin levere, meaning to raise or make light): making baked goods rise by producing millions of tiny bubbles of carbon dioxide gas. The gas bubbles are released within the wet batter, after which the heat of the oven expands them until the heat firms up the batter and traps them in place. The result is (hopefully) a light, spongy cake instead of a dense, gummy mess.

Baking soda releases carbon dioxide gas as soon as it comes in contact with any acidic liquid, such as buttermilk, sour cream, or, for that matter, sulfuric acid (not recommended). All carbonates and bicarbonates do that.

Baking powder, on the other hand, is baking soda with a dry acid already mixed in. It is used when a recipe contains no other acid ingredients. As soon as the powder gets wet, the two chemicals begin to dissolve and react with each other to produce carbon dioxide. To keep them from “going off” prematurely, they have to be protected zealously from atmospheric moisture by being kept in a tightly closed container.

Baking soda keeps almost indefinitely, although it can pick up acidic odors and flavors; that’s why people put an open box of it in the refrigerator. Baking powder, on the other hand, can lose its potency over a period of a few months because its chemicals react slowly with each other, especially if exposed to humid air. Test your baking powder by adding some of it to water. If it doesn’t fizz vigorously it’s lost its potency and will do a poor job of leavening. Throw it away and buy a new can.

In most cases, we don’t want our baking powder to release all its gas as soon as we mix the batter, before it has been baked enough to trap the bubbles in place. So we buy a “double-acting” baking powder (and most of them are, these days, whether the label says so or not), which releases only a portion of its gas when it gets wet and releases the rest only after reaching a high temperature in the oven. Generally, two different chemicals in the powder are responsible for the two reactions.

But why would a recipe call for both baking soda and baking powder? In this case the cake or cookie is actually being leavened by the baking powder, which contains exactly the right proportions of bicarbonate and acid to react completely with each other. But if there happens to be an acid ingredient such as buttermilk present that would upset that balance, some extra bicarbonate in the form of baking soda is used to neutralize the excess acid. (Ask any chemist about this, but walk briskly away if he or she utters the word titration.)

Commercial bakers mix up their own witch’s brews of leavening chemicals, designed to release just the right amounts of gas at just the right times and temperatures during the baking process.

At home, the safest course is simply not to tamper with a well-tested recipe; use the prescribed amount(s) of whatever leavening agent(s) it calls for.