How Does Letting Red Wine Breathe Improve the Flavor and What Was the Original Reason For Decanting Wine?

Wine is left to breathe to allow the volatile and aroma-bearing substances to start evaporating, so that we may enjoy the bouquet.

Shaking a drink is completely different. 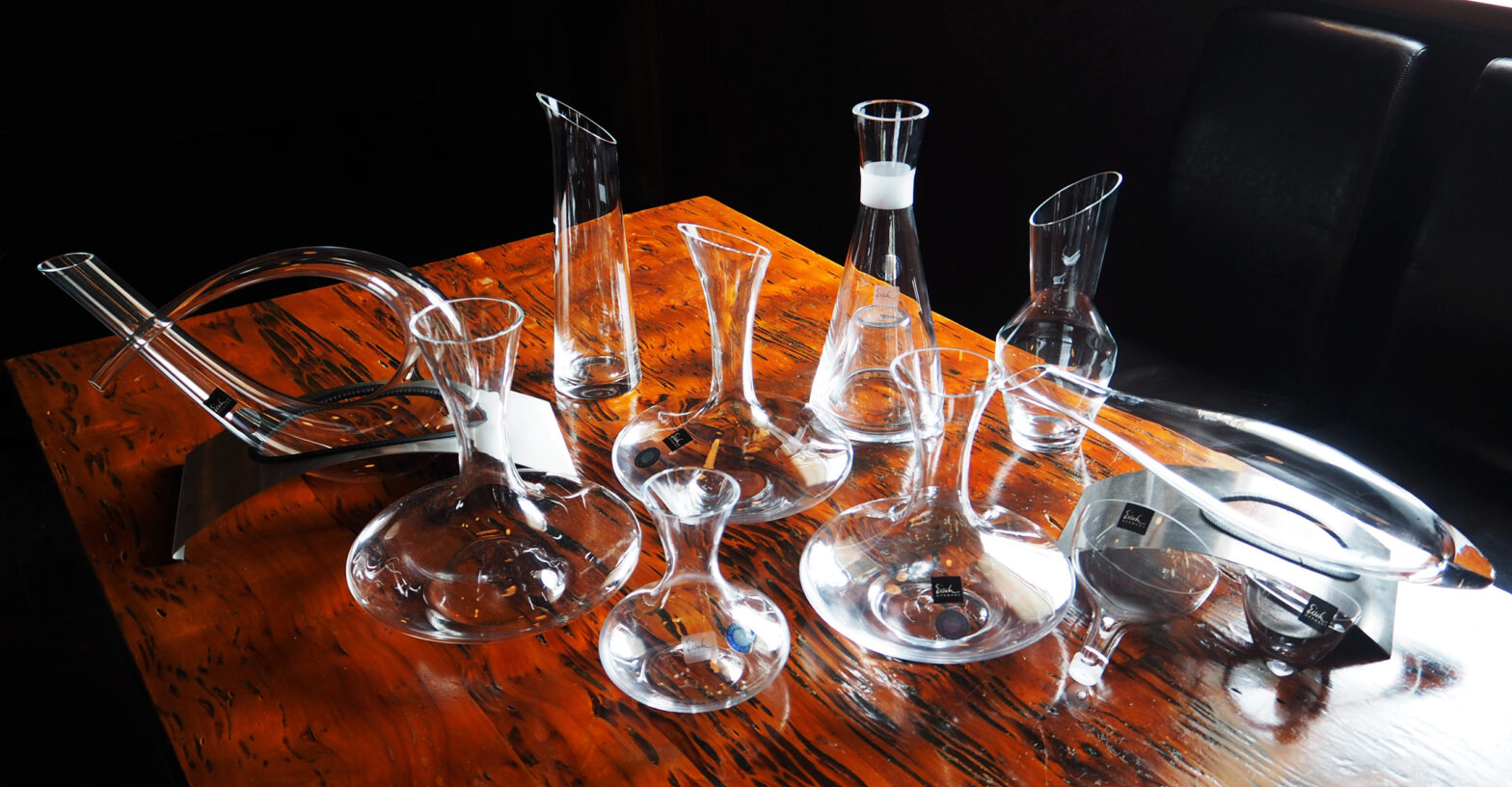 For some drinks this taste may be pleasant.

However, if you oxidise wine you obtain vinegar, which, I suspect, is not the flavor you wish to taste. Therefore, there is a genuine reason for drinks being shaken, not stirred or vice-versa, depending on what you have in your glass.

The reasons usually given for decanting red wines have changed during the past few years. This is because of two developments: one in wine-making technology and the other in wine tastes.

The original reason for decanting was to separate the wine from organic particulates formed by precipitation, and aggregation from tartaric acid, tannin compounds, original microparticulates present in the pressed grape juice and proteinaceous material that is formed during maturation of the wine.

Because these particulates are small to minuscule in size and of a density not much higher than the wine itself, stokes law predicts that they will sink back to the bottom only extremely slowly should they be suspended by careless motion of the bottle.

This is the reason for those magnificent mechanical decanting machines which allow precisely controlled tilting of the bottle to reduce suspension of particulates.

A very different reason for decanting lies in aerating the wine to hasten the release of the secondary elements of its nose.

While traditional old wines may actually lose some of their olfactory elements through intense aeration and become stale quickly, decanting for aeration parallels the development of taste in younger wines or wines elevated in oak casks, with associated different weighting of primary and secondary smells.

In Italy, where many progressive vintners have been experimenting with new assemblages and methods of elevation, decanting often means pouring the contents of a bottle straight down into a decanter, generating lots of chaotic turbulence with an intense mixing of air and wine.

In the hands of a self-confident wine waiter this process can look flamboyantly spectacular. As a logical development of this reason for decanting, some modern Italian glass decanters have a flattened shape that allows for the maximum air-wine interface, giving further aeration.

It is generally recognized that red wine should be drunk at ambient temperature and, since it is often stored in a relatively cold room or location, near the floor, the most important aspect of the so-called breathing process is to raise the wine’s temperature.

However, the ambient temperature in the UK is often a little low and red wine is usually best if drunk at about 30 °C.

Placing a bottle of red wine in a microwave oven for 50-60 seconds, depending on the season, on high power will produce the required effect without having to resort to allowing the wine to breathe before consumption, but do not forget to remove the foil capsule and the cork.

The alternative concept of shaking the wine in a cocktail shaker will result in the formation of various oxidation products including vinegar, which will have a negative effect on the flavor.