How does Planters shell all those peanuts without breaking them?

Shelling peanuts may not seem like a difficult or very interesting task, but when you’re talking about cleaning, sizing, and shelling 100,000 pounds of peanuts an hour (which the Planters plant in Aulander, North Carolina, can do), the process is a major operation.

To begin with, peanuts are extremely dirty, for they grow in the ground and arrive at the processing plants along with sticks, rubble, and clods of dirt that often bear a dangerous resemblance in both size and color to the peanuts themselves.

The entire load of peanuts (and accompaniments) is dumped into a reel machine that removes some of the rocks, dirt, and sticks clinging to the peanuts. What’s left is conveyed to a louver deck with 2 inch square openings, through which the peanuts fall; the larger, alien materials are “floated” off and discarded. 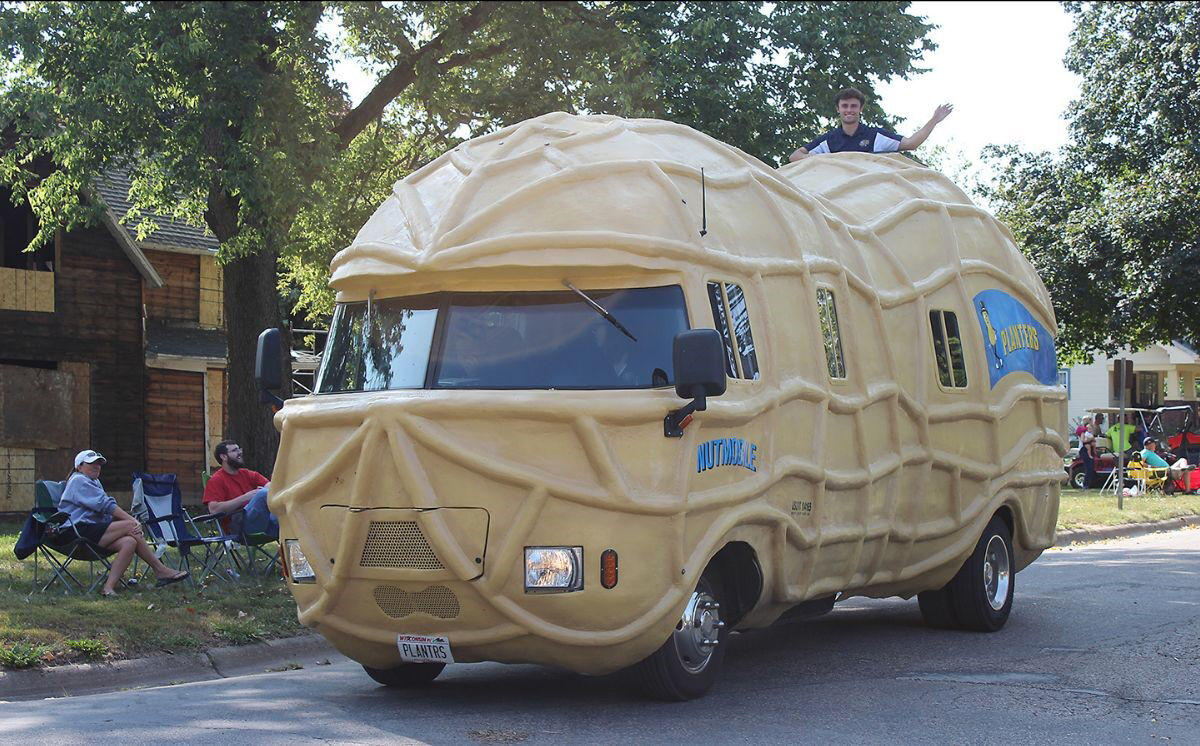 The peanuts are then roasted in their shells and sent along a conveyor belt, where an electric eye sorts out discolored ones; workers pick out the remaining rejects by hand.

Finally, the good, healthy peanuts head for the shellers. These consist of semicircular baskets with openings of different sizes to accommodate the different size peanuts. The openings are measured in sixty fourths of an inch, big ones are used for the largest peanuts.

Four bars bolted onto a central hub turn at a rate of 200 revolutions per minute. The beaters, which have sharp edges, are precisely placed at a specific distance from the basket so that as the peanuts are struck, they are forced down through the holes, and as they go, the shells crack. Peanuts and broken shells alike tumble through, and large suction fans draw off the hulls, leaving the heavier peanuts behind.

Now that the peanuts are shelled, they are again sized by rolling them back and forth across screens, and the peanuts that have made it through still in their shells are sent back to a smaller size shelling unit. Remaining shells and sticks are cleaned out by a machine that throws the peanuts up an incline; bizarre as it seems, the peanuts move up but sticks, grass, and the like never reach the top. This makes sense if you consider that a hurled stone goes faster and farther than a feather thrown with the same force.

Another electric eye then scans the peanuts for dark or discolored skin, and a final visual inspection is made by workers who look over the peanuts on a series of tables and pick out any damaged ones and any lingering foreign matter. Ultimately there are five edible grades, and a remaining group of small, immature peanuts to be processed into peanut oil.

And how long does the entire complicated process take? Barely 30 minutes.