How Does Salt Tenderize Meat?

Salt tenderizes meat only to a slight extent. If you read further down the ingredient list of meat tenderizers, you’ll find papain, an enzyme found in unripe papayas.

That’s what really does the job. All that salt is there primarily to dilute and spread out the relatively small amount of papain in the product on the assumption, I suppose, that it would be more welcome than sand.

Meat can be tenderized in several ways. A piece of fresh meat becomes more tender in the weeks following the moment at which it was transformed into fresh meat, to put it as delicately as possible. 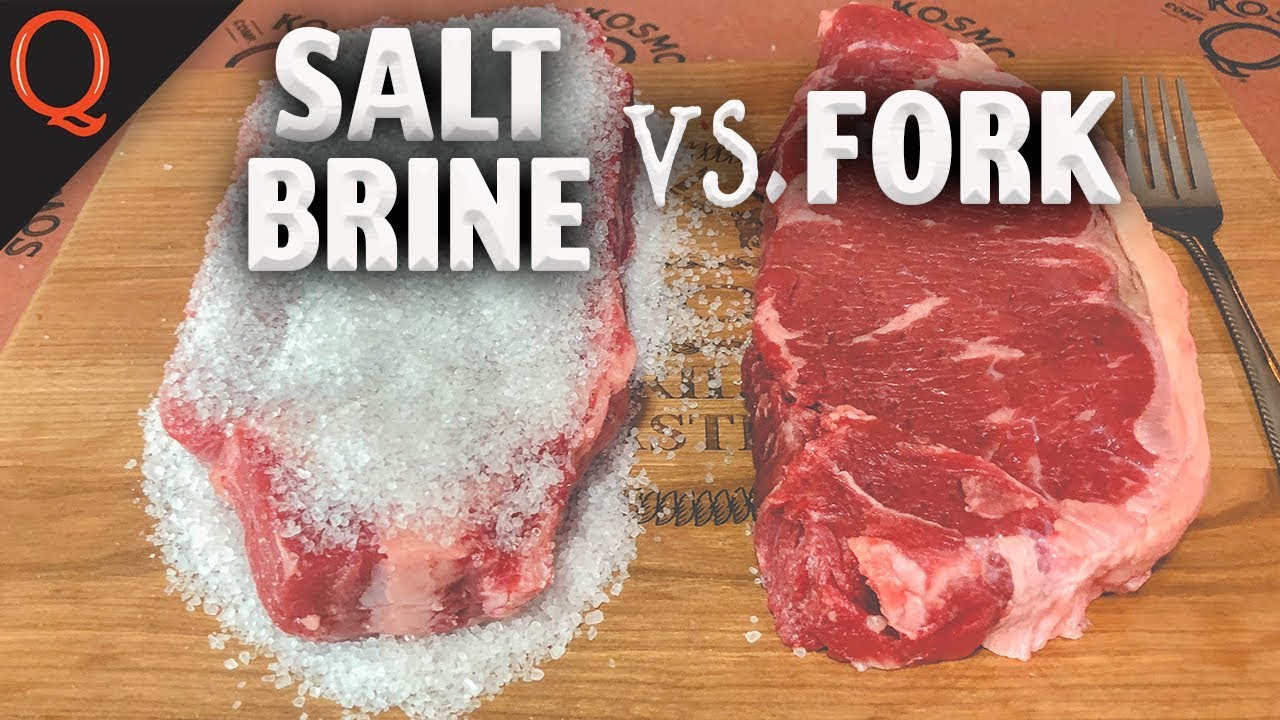 That’s why meat is aged, hung at controlled humidity for two to four weeks at a temperature of about 36ºF. Some meats are quick-aged at 68ºF for only 48 hours. But all aging, obviously, takes time, and time is money, so not all meats are even quick-aged before being shipped from the packing company. That’s a shame because aging not only tenderizes the meat but improves its flavor.

There are various enzymes in fruits, however, that have the property of breaking down protein and can be used to tenderize meat. They include bromelain from pineapples, ficin from fig trees, and papain from papayas. But they don’t penetrate the meat very far and mainly tenderize the surface, which isn’t much help to a steak. Also, they are destroyed by temperatures over 180ºF, so are effective only before cooking.

And while you’re in the spices and seasonings aisle of the supermarket, check the labels on all those “seasoning mixes,” the Cajun seasonings, hamburger seasonings, pork seasonings, and the like. You’ll find that the primary ingredient, the first-named ingredient on the labels, is salt.

Read down the list, buy one or two of the spices listed, and season the food yourself while cooking. No need to pay spice prices for what is mainly salt.