This kind of container, common in France and England but also available in many stores in the United States, is called a salt pig.

It is shaped like one of those wide-mouthed air intakes on ships that some people think are foghorns: squat, vertical cylinders bent into a right angle.

Salt pigs are made of pottery or terracotta that is not glazed on the inside and hence remains porous. The open pores provide a huge amount of surface area that can adsorb water vapor. 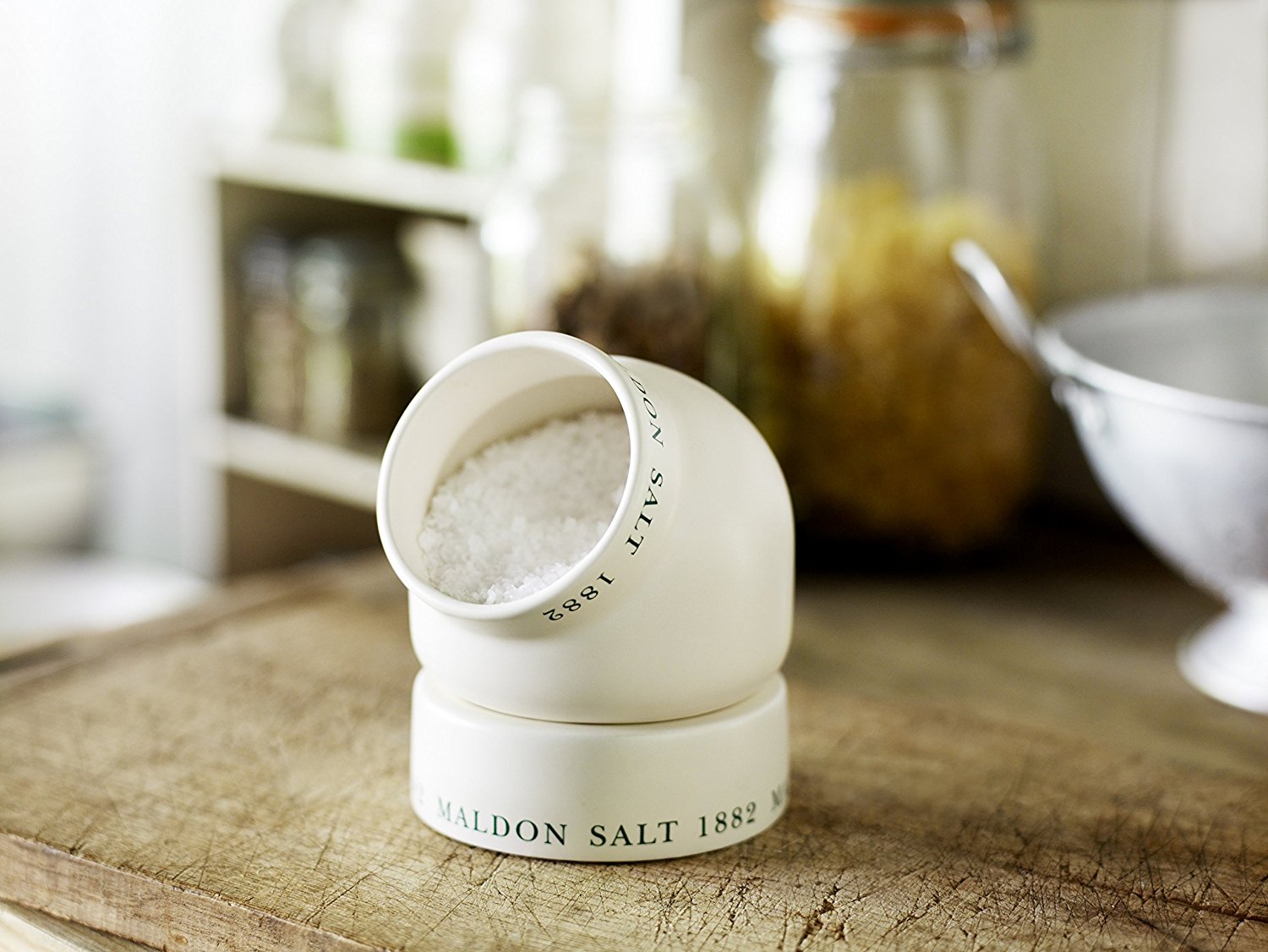 The sea salts harvested in Brittany are particularly in need of this drying effect; they’re often damp if they’re not refined. That’s because they contain small amounts of calcium chloride, which is hygroscopic, that is, it absorbs moisture from the air. Common American table salt contains a small amount of a drying agent, so that “when it rains, it pours.”

And yes, you can keep kosher salt in a salt pig.