How does the Panama Canal connect the Atlantic and Pacific Ocean?

Although the Suez Canal in Egypt is the longest big-ship canal in the world, covering a distance of over 100 miles, the world’s busiest canal and the only one that connects two oceans, the Atlantic and Pacific, is the Panama Canal. In some years, more than 14,000 ships pass through this waterway!

In 1881, a French company began to build a canal through the Central American nation of Panama, but they gave up after eight years when 20,000 workers died from malaria in that mosquito-infested region.

Then, in 1907, an American company took over the job of building the canal, after first combating the malaria-carrying mosquitoes. Workers cleared the way through dense jungles and cut through hills to build an artificial lake and huge locks to raise and lower ships. Some 10 billion tons of earth were dug up before the 50-riffle-long canal was finished in 1914! 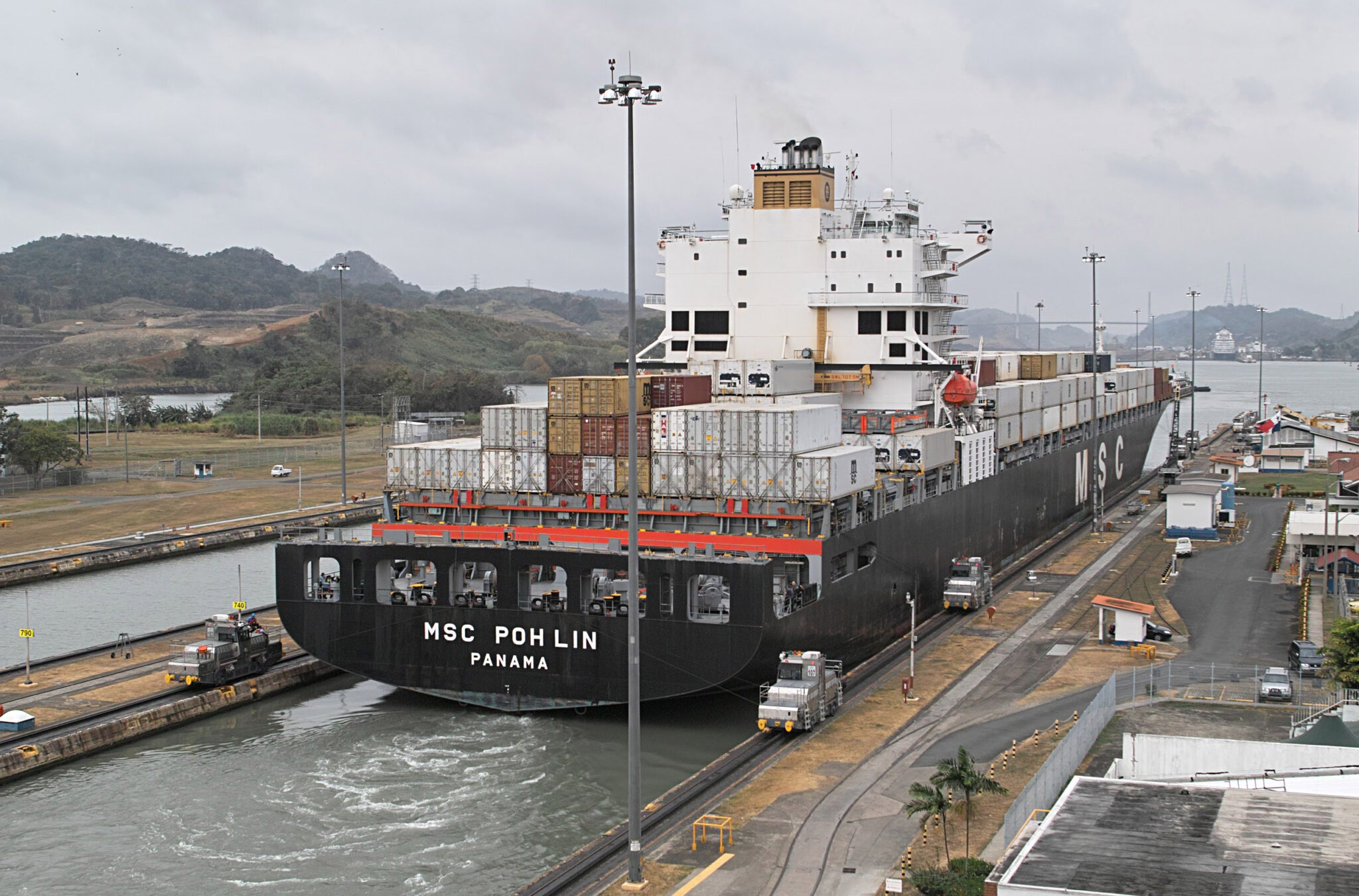 Strangely enough, a ship traveling from the Atlantic Ocean to the Pacific Ocean through the Panama Canal actually travels east. Because of the curved shape of Panama, the Atlantic end of the Canal is more than 25 miles west of the Pacific end!