How does the USDA measure and calculate the calories in food?

Energy is trapped in the molecular bonds inside food, and used by the body for all sorts of physical activities: shopping, studying, jogging, reading this book. A calorie is a way to measure that energy, both as it is supplied, and as it is burned.

One calorie, the term calorie here actually referring to a kilocalorie, is the amount of heat it takes to raise the temperature of one kilogram of water (about a quart) by one degree Celsius. When you read that a bowl of Cheerios and milk has 150 calories, it means that this breakfast contains the energy to raise about 150 quarts of water one degree Celsius. 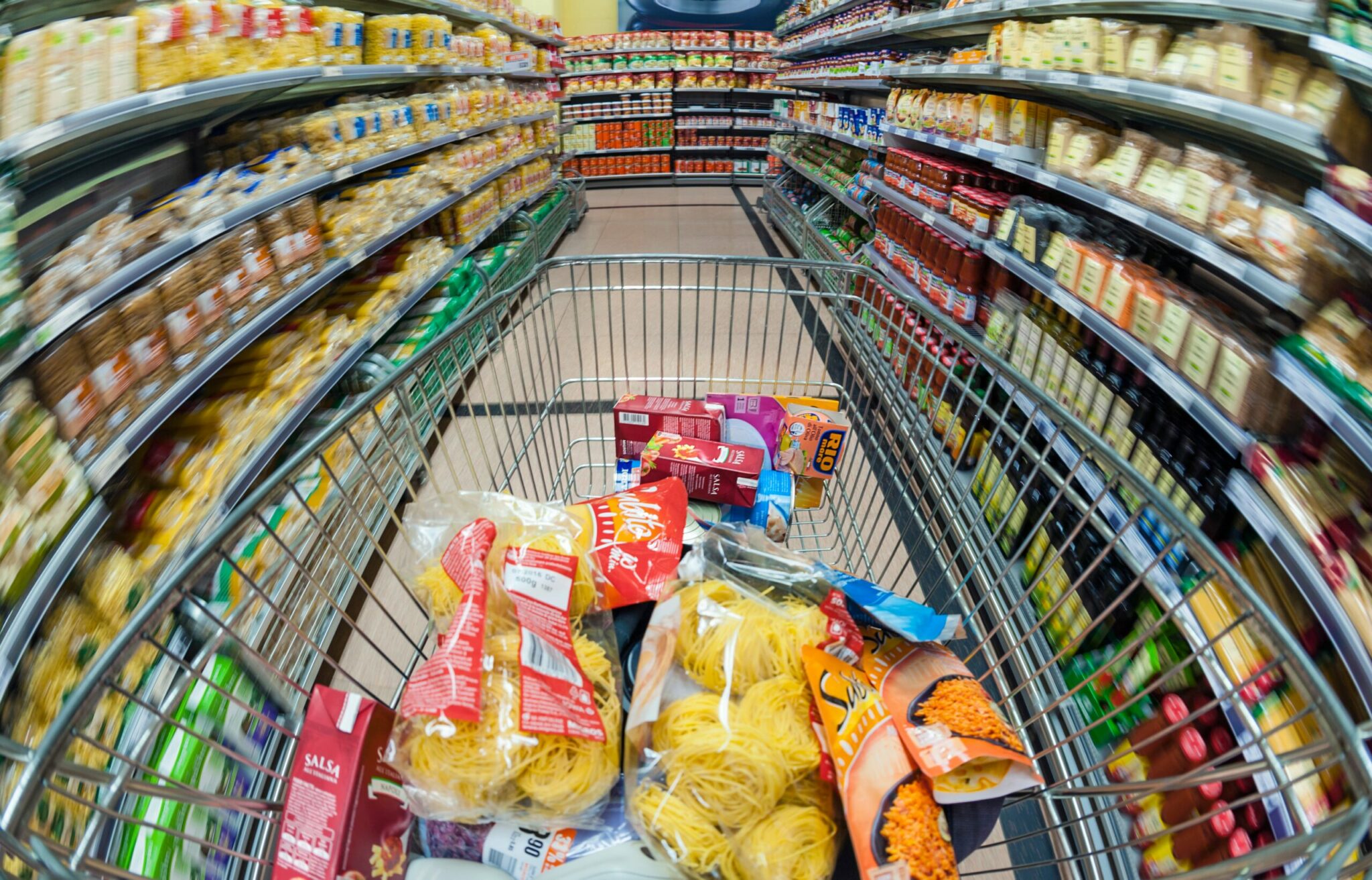 Obviously, if you added a bowl of Cheerios to a kilogram of water it wouldn’t automatically raise the temperature. You have to break the chemical bonds to first release and then to measure the energy. Your body’s cells break the bonds and store the energy, and so does a piece of equipment called a bomb calorimeter.

A bomb calorimeter is small enough to sit on a table. It has an inner chamber called a “bomb,” and an outer chamber filled with water, and both are surrounded by insulation. The bomb contains only oxygen and an electrical igniter. A thermometer measures the temperature of the water in the outer chamber.

An item of food, for example, that bowl of Cheerios (without the bowl, unless you want to know the calorie content of that, too), is placed inside the inner chamber, and ignited with the fuse. As the Cheerios and milk burn, the chemical bonds in the food are broken, and the water temperature rises in the outer chamber. The thermometer tells us that the cereal and milk have warmed the kilogram of water; we can calculate the calories by how much that amount of water was warmed.

After laboratory analysis of the fat, carbohydrate and protein content, researchers know the makeup of our bowl of Cheerios simply by doing the math. And the U.S. Department of Agriculture has done the math for almost every imaginable kind of food already, and has published the results.

Incidentally, one way to measure the energy used by a person (rather than eaten by a person) is in a device similar to the bomb calorimeter, but bigger. A person working in the inner chamber burns off calories and the air gets warmer. Have you ever been in an aerobics room after class? Same thing.

The energy raises the temperature of water in pipes located at the top of the chamber, and we can see how many calories have been burned.