How Does Water Seek its Own Level and Why?

“Water seeks its own level” is a catch phrase that was probably uttered by a Greek philosopher two thousand years ago, and people have been parroting it ever since. In plain language, it means that water will lie flat whenever it can.

If a body of water, anywhere from a bucket to a bathtub to an ocean, is left undisturbed, it will quickly settle down into a perfectly flat surface, no matter how wavy it started out. It will find the mathematically exact compromise level, averaging out the highs and lows as accurately as any army of surveyors with transits could do. But how indeed does a “hill” know that it must fall, and a “valley” know that it must rise?

It all happens because water (like other liquids) is incompressible. You can’t force a liquid to occupy a smaller amount of space by pushing on it, the way you can with a gas. The reason is that the molecules of liquids are already as close together as they can get, and no amount of pressure (within reason) will make them crowd together any closer. 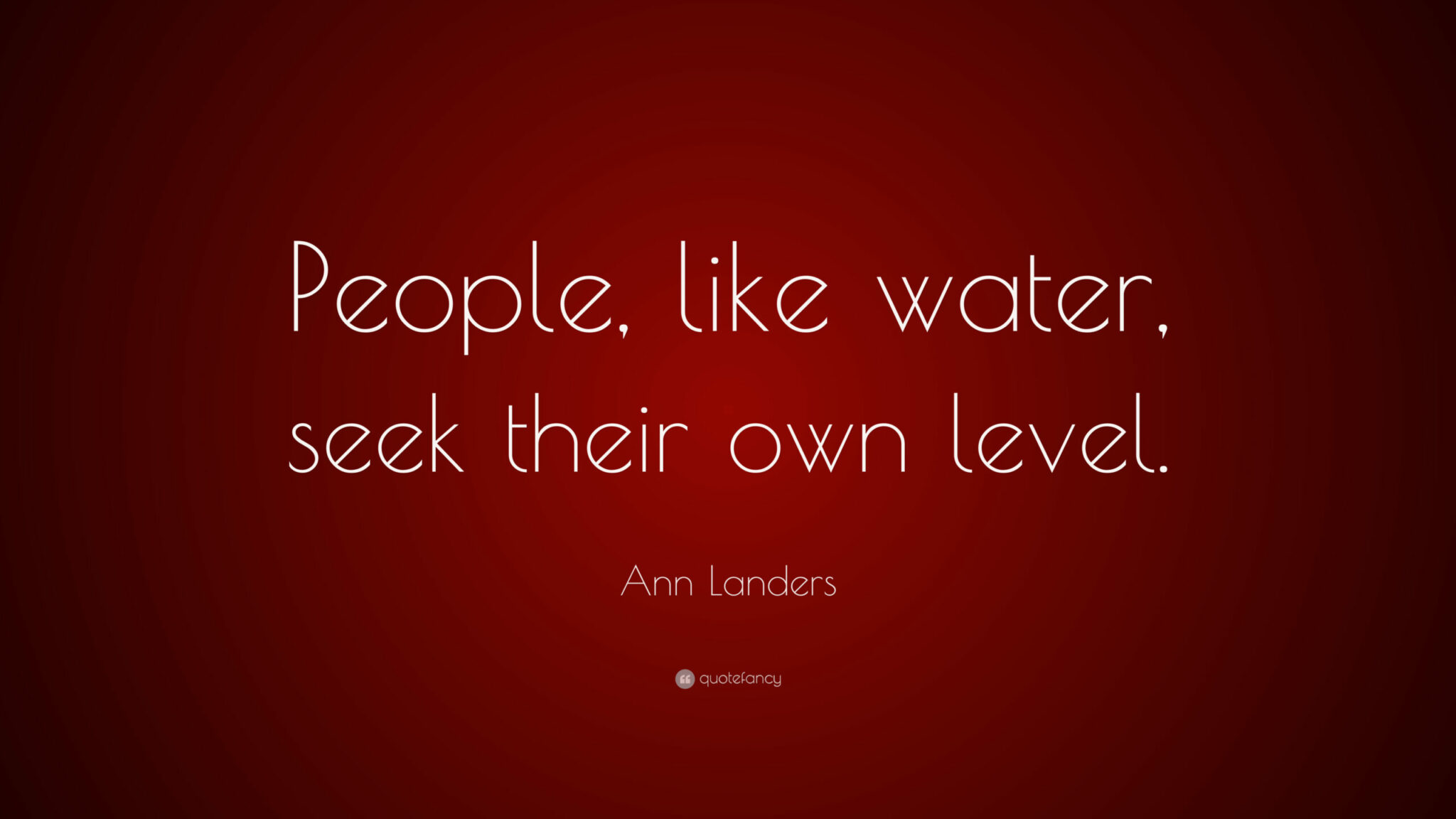 What goes for pushes also goes for pulls. Suppose there’s a “hill” on the water’s surface. Gravity is trying to pull it down, but its molecules can’t oblige by packing down any more compactly; all they can do is spread out sideways into the lower-altitude surrounding territory. As a result the has disappeared and a valley has been filled.

Of course, gravity is also pulling down on the valley water but it is already as low as it can go. In order to dig itself any deeper it would have to send the excavated water somewhere else: uphill. And that, of course, would be contrary to the force of gravity.

A hill of earth rather than of water would behave in the same way if its molecules could flow past one another as easily as water’s molecules can. A hill of sand is an intermediate case; its grains can flow to some extent, so a hill sand that is too high will “seek its own level” just as water does, although it may never achieve what it seeks. Water is less like a hill of sand than a hill of marbles.

Well, if the water inside the boiler were temporarily higher than the water in the sight glass, it would level itself down, just as the “hill” did a few paragraphs back. In this case, though, the excess hill-water has no valleys to flow into; it has no place to go except into the glass tube. Result? The tube level goes up and the boiler level goes down. The flow will stop when they reach the same level. Same thing the other way around: if the level in the glass tube were temporarily higher than the level inside the boiler. Either way, they come to exactly the same level.

Does your kitchen have one of those plastic-cup gravy separators that look like miniature watering cans? The kind that lets you pour off the juices from the bottom, leaving the top layer of fat behind? It’s a great substitute model for a boiler and sight glass.

Put some water in it and notice that no matter what the water level is inside the cup (the “boiler”) and no matter how you tilt it, the water finds exactly the same level In the transparent spout (the “sight glass”).