How Much Do Birds Weigh When They Are Flying?

At a truck stop, I watched a trailer-truck driver banging fiercely on the sides of his trailer with a baseball bat. When I asked him what he was doing, he explained, “My rig is a thousand pounds overweight. I’m hauling two thousand pounds of pigeons, and so I’ve got to keep half of them in the air at all times.” Okay, so it’s a joke, but would that really work?

A very old joke indeed, but with an intriguing scientific hook.

No, it wouldn’t work. 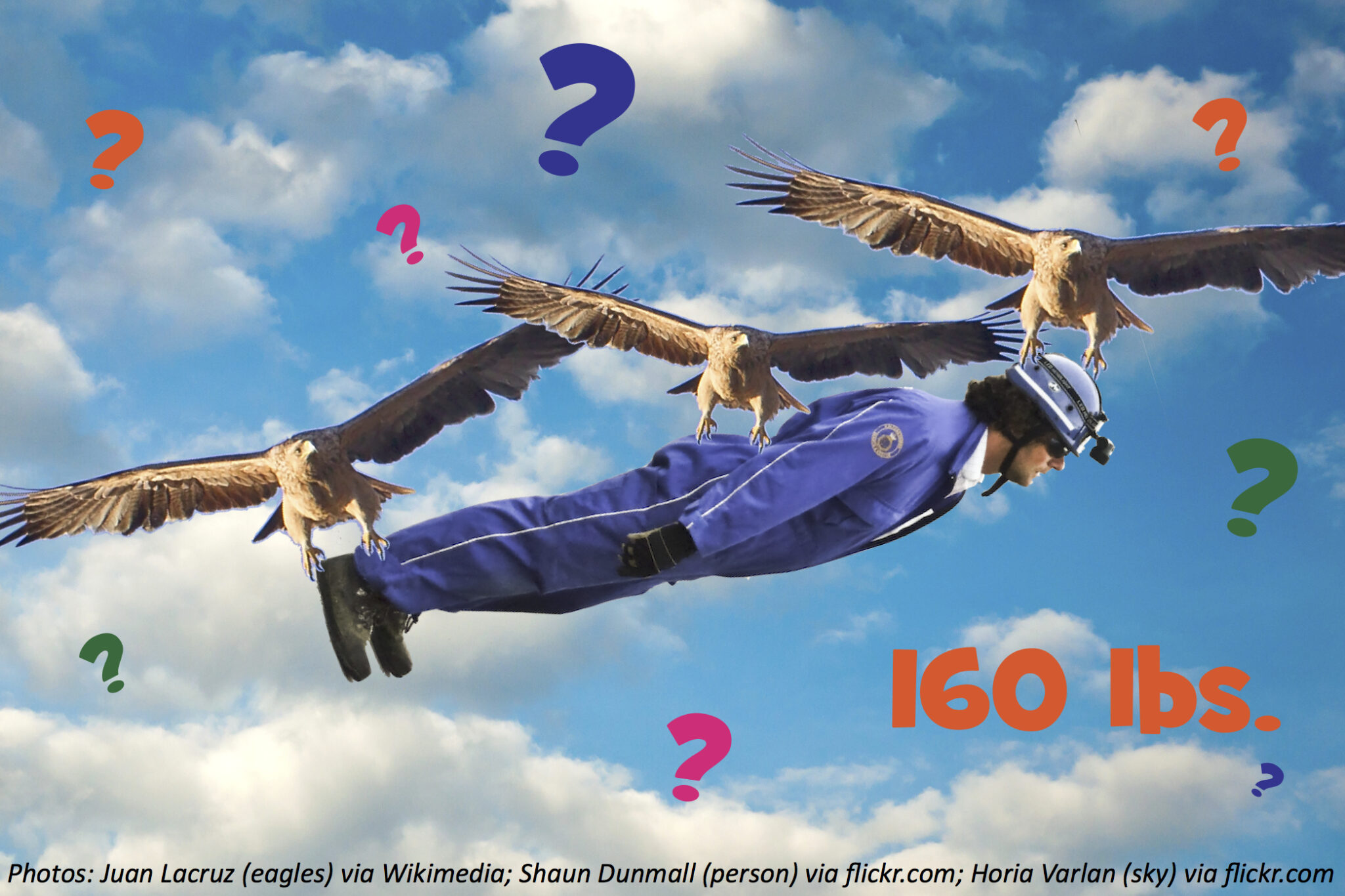 Think of it this way. The trailer is a box full of stuff. The box weighs so many pounds. Can banging on it possibly change its weight, whether it happens to be filled with gold bricks, sand, goose feathers, pigeons, or butterflies? Obviously not. The weight of a collection of material is the sum-total of the weights of the molecules in it, no matter how you rearrange them.

But what throws many people is the fact that airborne butterflies and pigeons are not resting on the floor, like other kinds of cargo. So how can their weight be transmitted to a scale that an inspector might place beneath the truck?

Air is, after all, a substance, albeit a thin and invisible one. It is made of molecules like everything else, and it therefore has weight: 1.16 ounces for each cubic foot at sea level, to be specific. The terrified pigeon who is catapulted into unplanned flight stays up in the air by repeatedly pushing down upon the air with its wings. (This is an oversimplification of bird flight, but it will do.)

When the wing presses down upon the air, the push is transmitted, molecule by molecule, throughout the air. (You would be able to feel the breeze if you were there, wouldn’t you?) The pressed-upon air in turn presses upon everything it is in contact with, including the walls, floor, and ceiling of the trailer. The pigeon’s wing-push force therefore remains completely within the trailer and doesn’t change its effect upon a scale.

Right on both counts. But according to Sir Isaac Newton, every action has an equal and opposite reaction. Thus the downward push on the trailer is exactly cancelled by an equal upward push on the pigeon. Come to think of it, that’s why it flaps its wings in the first place.

Perhaps what the truck driver should have done was to install a drain in the floor, introduce a cat into the trailer, and drain out the pigeon sweat as it accumulated.