If I Can’t See Earth Turning From an Airplane, Can Astronauts See It Rotating From Space?

No, even though they’re a lot higher and moving a lot faster than an airplane, the situation is still the same.

To them, Earth’s surface appears to be “moving backward” at their speed of 18,000 miles per hour (29,000 kilometers per hour), just as it appears to you when you’re in a car or an airplane.

The only difference is that because of their higher speed, they can see a whole continent “moving by” in less time than it probably takes you to drive to work. You may have seen motion pictures of space-walking astronauts with the continents “moving” westward in the background. But why westward? 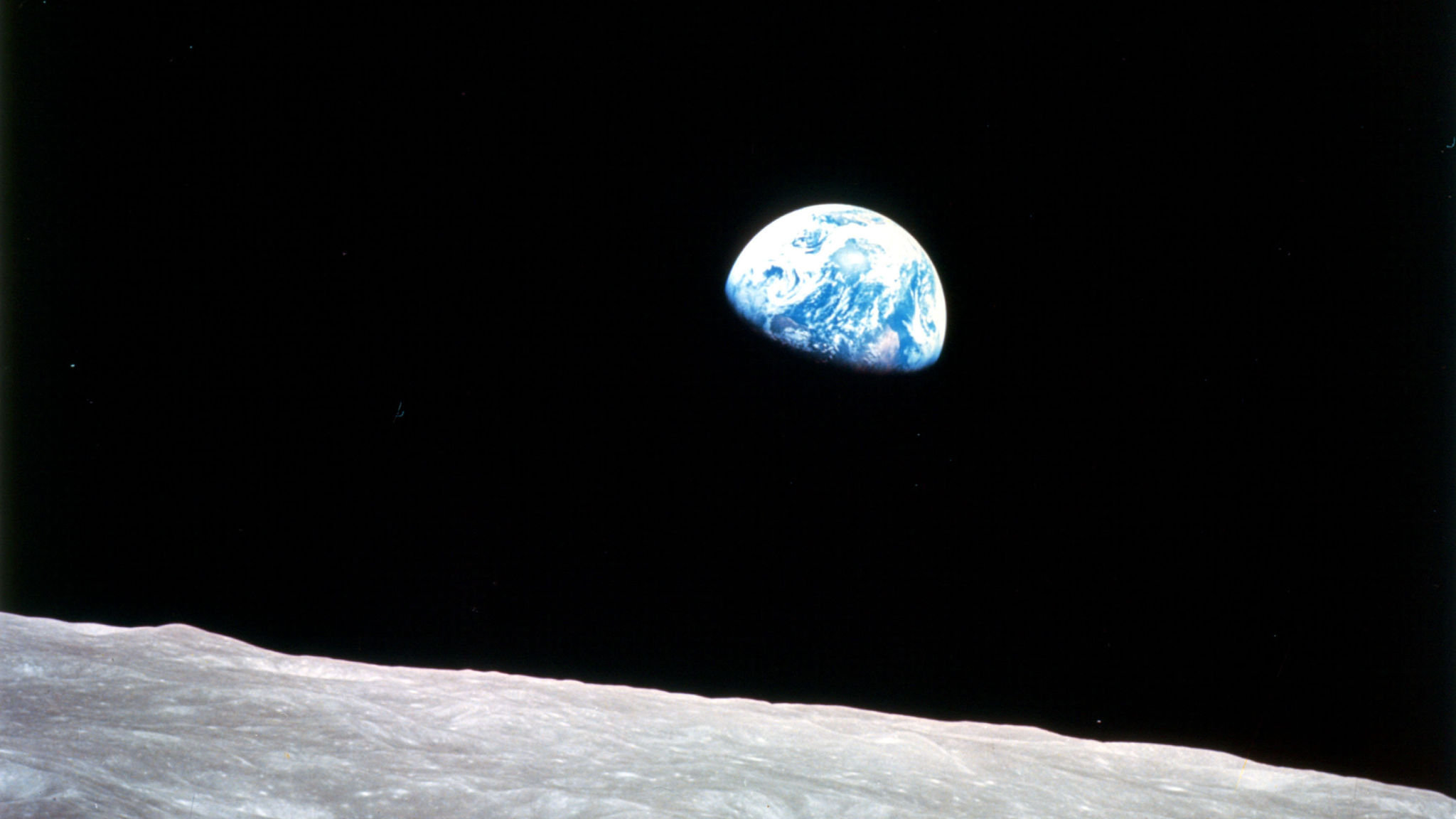 Have you ever wondered why the Kennedy Space Center was built on the east coast of Florida, rather than on the west coast of California? After all, Mickey Mouse is equally accessible on both coasts.

First of all, we want to shoot our rockets out over an ocean, rather than over any populated areas, so that booster rockets can be safely jettisoned. But second and more important, we have to launch our shuttles and satellites into their orbits around the globe by shooting them eastward, in the same direction Earth’s surface is moving.

That way, we get a free, 1,000-mile-per-hour (1,600-kilometer-per-hour) shove from Mother Earth. And that means the eastward Atlantic Ocean rather than the westward Pacific.

After the shuttle is in orbit, it continues to fly eastward, and looking down, the astronauts see Earth’s surface apparently moving westward, just as if they were in an airplane flying from Los Angeles to New York. But with a lot more legroom.