If Earth Is Rotating, Why Can’t I See It Moving Beneath Me When I’m In an Airplane?

Because even when you’re flying off to a remote island to get away from it all, you can’t escape being part of “it all.” Your airplane is attached to Earth almost as tightly as the mountains below are, except that the airplane is (we hope) at a higher altitude.

Your pilot would be the first to assure you that the plane is firmly attached to the air. And since the air is attached to Earth, you might say that we’re all in the same boat, sailing merrily eastward along with the surface of Earth at around 1,000 miles per hour (1,600 kilometers per hour).

(The ground’s speed is actually 1,040 miles per hour [1,670 kilometers per hour] at the equator; that’s the circumference of 24,900 miles [40,100 kilometers] divided by 24 hours. But it’s slower as we go north or south on the globe because the circular paths get smaller.) 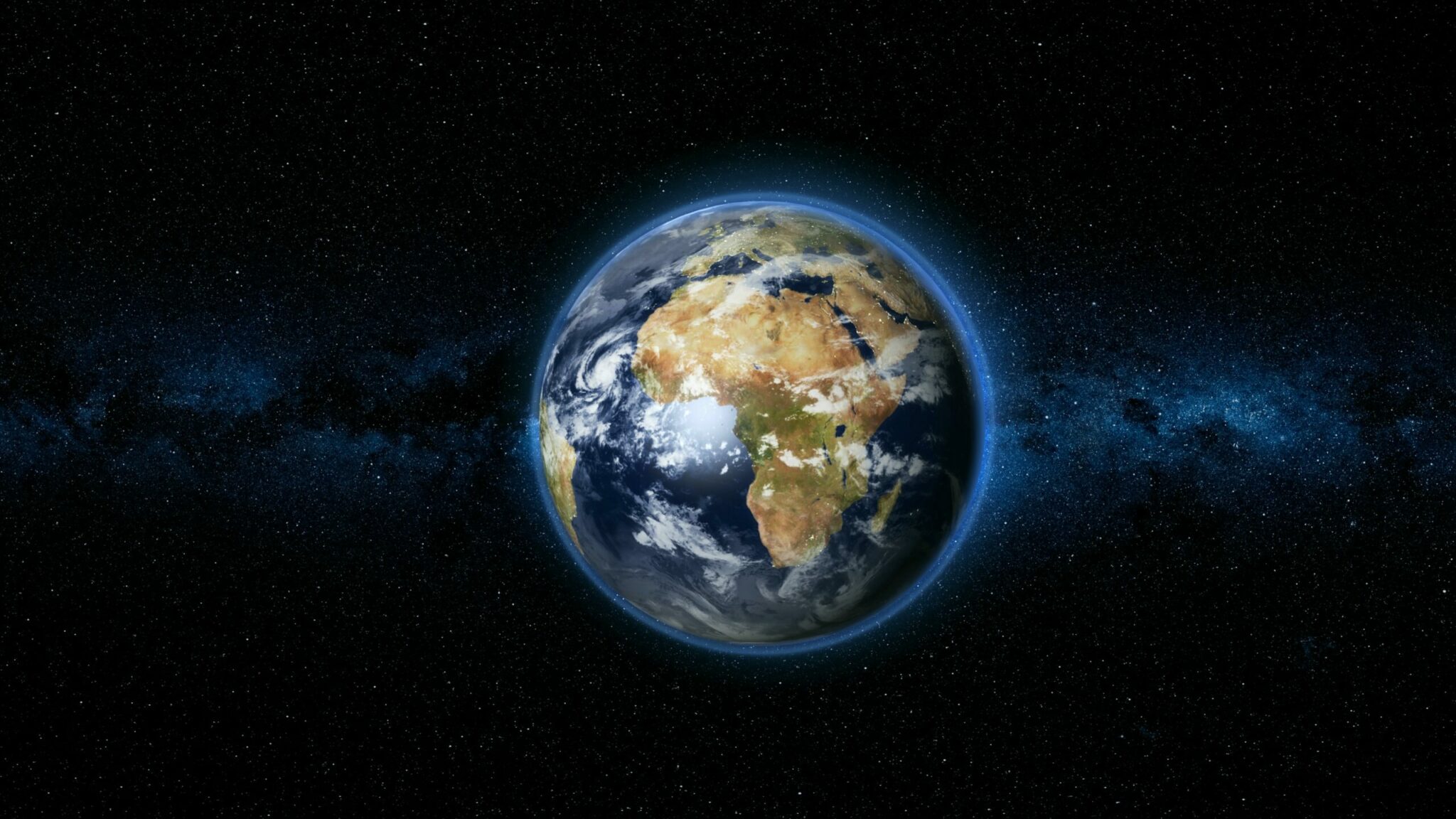 You do, of course, see the ground “moving” beneath you as you fly. But it’s your own airplane’s motion that you’re seeing, not the ground’s. It’s the same as seeing the trees “speed backward” as you speed along the highway in your car. That’s a very important point to realize: There is no such thing as absolute motion. All motion is relative. Nothing can be said to be moving or not moving without specifying “relative to what?” Motion is motion only when it is compared with some independent reference point (Techspeak: a frame of reference).

If each driver took himself or herself as the reference point, the trees would be “moving” every which way at all kinds of speeds, because every self-centered person’s reference point would be moving in a different direction at a different speed. Stationary trees, however, are so much easier to deal with, so we humans have agreed to take the trees and the land they’re attached to as our stationary references.

But let’s stand back and take a bigger view of Earth. When we say that a palm tree on the equator is moving along with the ground at 1,040 miles per hour (1,670 kilometers per hour), we have to ask, “Relative to what?” Well, how about relative to the center of Earth? That’s the only point on or inside the whole globe that isn’t moving around in circles. In other words, we’re taking the center of Earth as our “stationary” reference point.

But whoa! Let’s stand back even farther. The whole planet is moving around the sun at 10,600 miles per hour (17,100 kilometers per hour) relative to the center of the sun, which we can now take as our new reference point.

Air is a fluid, meaning that it isn’t rigid; it flows. So as Earth turns, the air can’t precisely keep up; it drags and slops around a bit like a puddle in a rowboat. Although the plane is indeed firmly held by the air, the air is somewhat loosely held by Earth. That’s not to say that we’re in any danger of losing our atmosphere; gravity holds that whole layer of air down quite firmly.

But within that layer, the air is a churning, blowing, moving mass, and local irregularities can still kick your airplane around with tail winds, head winds and coffee-splattering bumps that make you feel as if you’re not very well attached to anything.