Were Bagpipes Invented in Scotland?

Today, the sound of bagpipes probably reminds most people of Scotland or Ireland. But this instrument was not invented in either of these places. Bagpipes are an ancient instrument, used by the Persians before the time of Christ, and perhaps much earlier in Egypt.

Bagpipes were used in ancient Greece, and the Roman Emperor Nero also liked to play the instrument. Roman soldiers brought bagpipes to the British Isles, where they remained in use through the Middle Ages. But bagpipes were also common in parts of France, Spain, and other countries.

Bagpipes consist of a bag and several pipes: one pipe that the player blows into, one pipe that he plays the melody on, and one to three drone pipes that continually sound the same note. 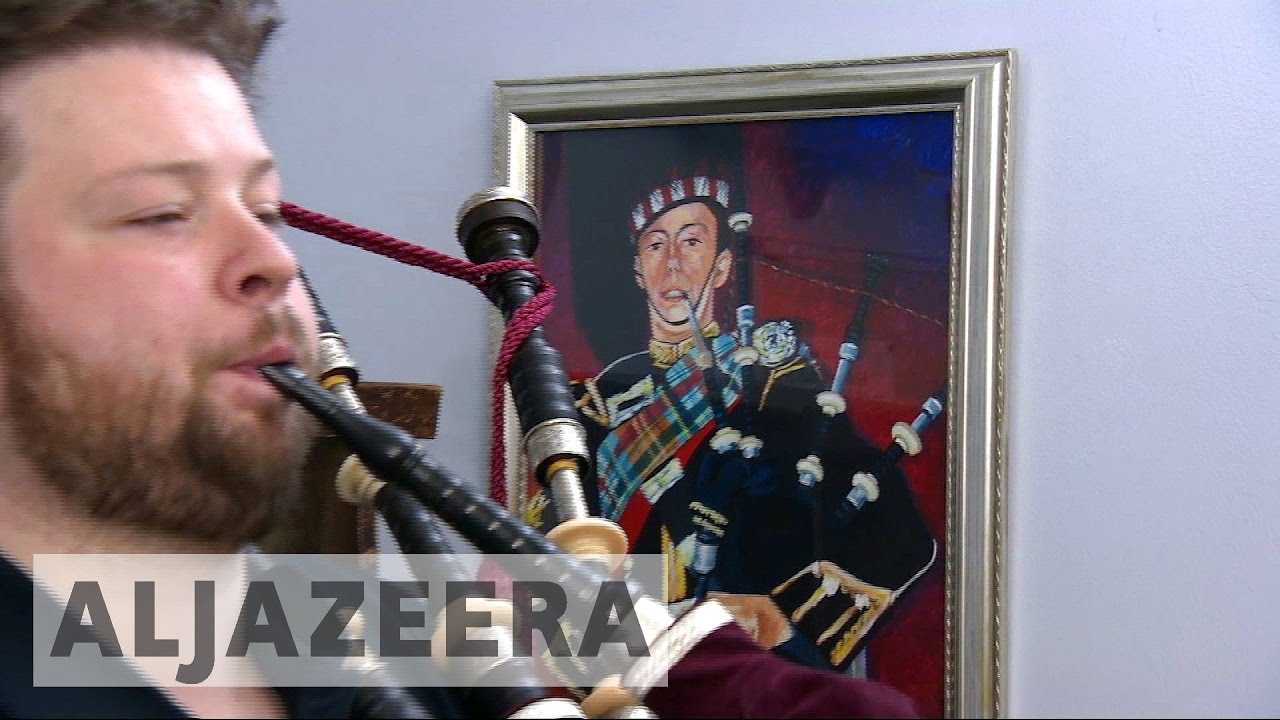 With one kind of bagpipes, the player has to fill up the bag ! with his own breath, but another kind has an attachment, known as a bellows, to do this. As he plays, the bagpiper uses his arm against the bellows to fill the bag with air and also push it out.