Cobwebs are made by spiders. 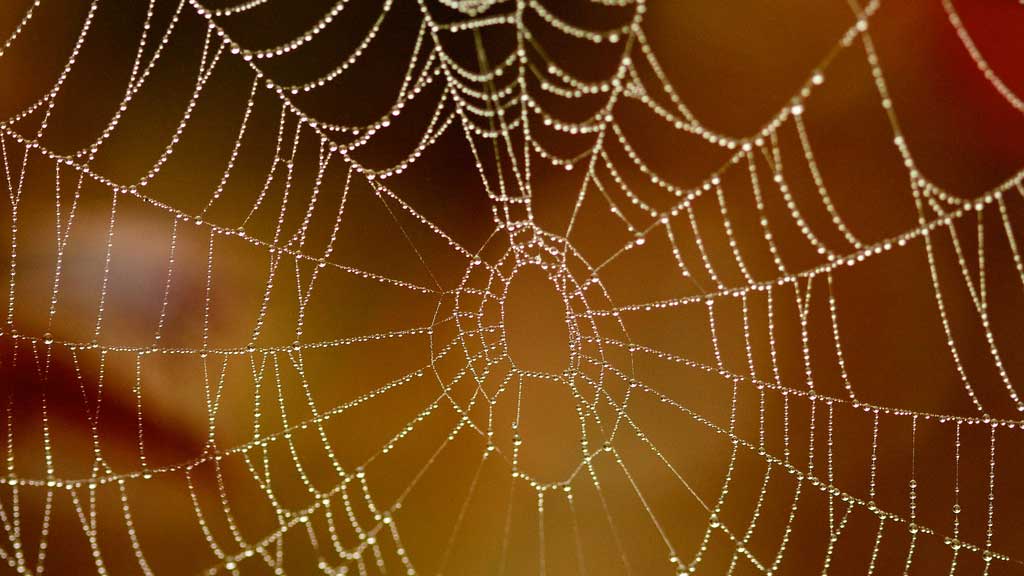 The word “cob” is derived from the Middle English word for spider, coppe, and cobweb is often used to refer to any spiderweb.

The dusty strings that do not look like the circular Halloween spiderwebs, which are made by only some species, are instead probably an accumulation of abandoned draglines.

Draglines are made by almost all spider species.

A spider pays out the dragline behind it as it moves from place to place, attaching the line at intervals to any available base, using sticky disks.

It is used for escaping predators by dropping gently away from a web or perch while leaving a line to climb back up.

Weavers of orb webs use it as a way to detect the presence of insect prey in the web. It can serve as a bridge between trees or plants or across a stream.

Several strands of dragline silk are also spun to catch the wind when a spider feels the urge to go sailing through the air, or “ballooning.”

What makes those gray strings on the ceiling in my house, things I have always called cobwebs? They don’t look much like traditional spiderwebs,